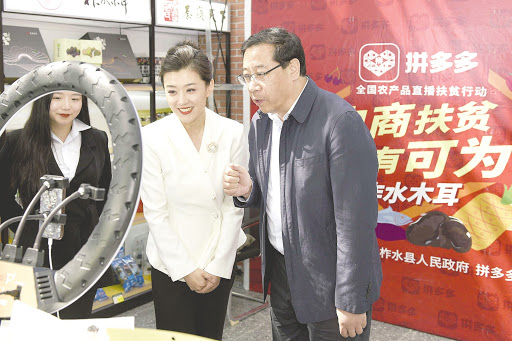 Livestreaming in China is one of the fastest-developing industries and has become a main component of e-commerce. As a matter of fact, the highly lucrative China livestreaming e-commerce market was worth about $63 billion (about 9% of total e-commerce) in 2019 and is expected to double this year. And with a total population of over 1.4 billion people, these figures are expected to grow exponentially in the coming years.

In March 2020, during the beginning of the Covid-19 pandemic, livestreaming viewership within China reached 560 million (about 110% increase from 2019). Industries such as luxury, fashion, and cosmetics, which together are the backbone of a thriving Chinese “Sheconomy”, have turned to this medium to form connections and trust with Chinese consumers, maintain brand image, and drive sales of their products. This promising channel for online shopping of products, together with the platforms' ability to offer instant entertainment to its viewers, makes it a gold mine for both brands and audiences alike.

There are more than 200 platforms in this lucrative market. Listed below are some of those dominating the industry and offering China livestream fans with incredible real time viewing experiences, in no particular order.

Alibaba’s flagship marketplace, Taobao, was launched in 2003, and today is the biggest B2C e-commerce platform in China. In 2019, Taobao Live’s e-commerce transactions accounted for almost 80% of the total in the industry. On average, Taobao Live hosts more than 60,000 live shows daily.

Established in 2016,  Douyin is a short-video app that comes with editing capabilities that allow users to jazz up their videos with music and special effects. Owned by Bytedance, its international version, TikTok, has also attracted a loyal following, especially among youths.

Part of Pinduoduo (PDD), China’s biggest interactive e-commerce company, Duo Duo Live offers special support to its merchants, many of whom are farmers in remote and impoverished areas of China. PDD educates these farmers about livestreaming and brings them on its platform so they can sell directly to more than 600 million active users on the Chinese e-commerce mobile app.

When the coronavirus broke out in China in the first quarter, PDD set up a Help the Farmers channel to connect agricultural producers online. Many of them sold their fruits and vegetables via livestream. As of mid-June, about 640,000 metric tons of agricultural produce had been sold through Duo Duo Live.

‘Mei’ means beauty in Chinese, and so this platforms is focused on the industry around that. Launched in 2015, the “Chinese Instagram of video” quickly became a sensation among beauty bloggers and fashionistas, being able to draw in 570 million viewers for its live broadcasts in its first 6 months of operations.

Compared to sister platform Taobao, Tmall is focused more on international brands both in its general marketplace and in its livestream promotions. Tmall ‘s “see now, buy now” livestreaming approach makes it a strong sales driver. The success of the platform has even drawn automobile brands such as Tesla to coordinate marketing campaigns through livestreams.

Tencent, which owns popular messaging app WeChat – also has its ambitions in the livestreaming market. Tencent’s Kandian livestreaming service went live in 2019, and is aimed at assisting more than 100,000 WeChat merchants sell through livestreaming.

Earlier this year, Tencent acquired a controlling stake in game streaming app Huya in a $262 million deal, as part of its attempts to build a bigger presence in gaming for Tencent Video’s 110 million subscribers. Shortly afterwards, Tencent also announced its acquisition of Malaysia’s iFlix, a popular livestreaming platform in Southeast Asia.

Kuaishou was the most popular short-video app with over 100 million daily active users in 2019, before Douyin surpassed it. Kuaishou has ventured into livestreaming e-commerce with plans to build a base in Chengdu in Sichuan province. Its livestreaming function has a broad scope, like video-gaming, and some other niche e-commerce areas such as selling fresh farm produce. It remains one of the most popular video platforms for the livestreaming China audience, with 200 million daily active users.