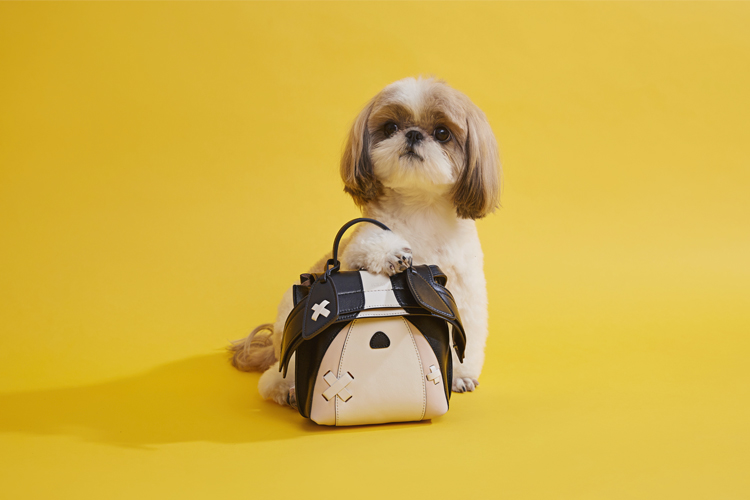 In China, fashion bloggers are more than just pretty faces endorsing clothes and accessories. They hold a very important role in steering China’s affluent consumers to the latest fashion trends and luxury items. Fashion bloggers have a large number of followers, sometimes in the millions, and can equal or even surpass media coverage and advertisements to generate excitement in China, according to a recent report by Exane BNP Paribas, an investment firm. They “have filled a void on the Internet ahead of luxury/fashion brands and publishers” in educating Chinese consumers about different brands, the report noted.

Influencers, fashion bloggers, or key opinion leaders (KOL), as they are known in China, are a powerful channel because they build a following by carefully curating their content and building a relationship with their fans. And in return, fans trust the influencers and the products that they endorse.

And their ability to generate sales is helped by the integration of social media and e-commerce platforms; Chinese social media platforms like WeChat and Douyin allow product links inside their apps, which allow users to click on links and buy items while reading a post or watching a video. Social buying app Pinduoduo allows consumers to team up with their contacts on WeChat to buy products at lower prices. WeChat has also become a testing ground for the online expansion of luxury brands such as Dior, Bulgari and Burberry.

With influencers being such a powerful bunch in China, here are some of the country’s top Chinese fashion bloggers to follow:

Thomas Ye Si, better known as Gogoboi on Weibo, is one of the most popular and influential fashion bloggers in China with a following of 9.97 million on the platform. The former junior Chinese fashion editor of Grazia China broke into the fashion world on Weibo in 2010 through his acerbic, no-holds-barred commentaries on fashion and style, sparing no one – neither luxury brands nor cultural icons and celebrities. His candidness won him fans among netizens and luxury brands alike because they trust him to tell it like it is.

His posts touch on a wide range of topics, from fashion trends, popular luxury items and mix-and-match tips to celebrity gossip. Because fans deem him trustworthy, luxury items that he recommends have the potential to go big among affluent consumers. Banking on this, he started a store on WeChat, hawking a curated selection of lifestyle products from Western e-commerce retailers such as Yoox, Net-a-Porter and Farfetch, which his readers can easily buy through the “see now, buy now” function on the app.

He is also the co-founder of Missionary, an agency which grooms and represents social media personalities. He himself works with a long list of top brands such as Gucci, Louis Vuitton, Givenchy and Chanel, in addition to high-street labels like H&M.

Now as much a celebrity as a fashion commentator, he was also invited by Dolce & Gabbana to walk in its fall/winter runway show in Milan in 2017.

Unlike other Chinese influencers, Chrison takes the spotlight off himself by rarely appearing in photos on his Weibo account. Instead, he posts news about and photos of runway shows for luxury brands like Chanel, Hermes and Fendi, as well as commentaries about celebrities and their togs. This is, he says, a deliberate move to allow his followers to focus on his content.

Being mysterious hasn’t hurt him though; his 9.96 million followers on Weibo love his unique digital storytelling for luxury brands. The luxury houses, too, adore the former tennis magazine editor, and he has been invited to work with brands such as Chanel, Prada, Gucci, Cartier and Fendi.

Becky Li, real name Fang Yimin, is a former Chinese journalist in a daily newspaper covering local and entertainment news who became a full-time blogger in 2014 on WeChat. In her blog, she shows herself styled in outfits and accessories from different brands, from luxury fashion houses to niche indie labels, to inspire followers on how to dress.

She may be a fashion blogger, but she is perhaps best known for her feat of selling 100 Mini Cooper cars on her WeChat account in just five minutes in 2017. The limited-edition model, priced at RMB285,000 yuan and painted in a shade of turquoise called Caribbean Aqua, had been made available first to her followers on her WeChat blog, Becky’s Fantasy. She had teased her readers for two weeks before the launch of the car, and they bit – hard.

And in 2016, Becky Li collaborated with American fashion brand Rebecca Minkoff to produce a limited-edition handbag bearing the label “Miss Fantasy”. 1,200 bags were made, and they sold out in two days.

Feats like these have won her the nickname mai shen (买神), or “Buying Goddess”, because her loyal followers on WeChat buy whatever she recommends.

But she wanted to go beyond just flogging brands, so she launched her own clothing line in 2017 called Becky’s Fantasy. The first products, including a cashmere sweater and black gauzy skirt, reached sales of 1 million yuan within seven minutes.

She has also collaborated with luxury fashion brands, including Burberry, Giorgio Armani and Tiffany & Co.

Dipsy, a fashion blogger on Weibo, posts about seasonal collections and international fashion week runway shows for fashion brands such as Chanel, Prada, Jo Malone and Tom Ford, as well as about Chinese celebrities’ collaborations with luxury brands. While Gogoboi made his name from his no-holds-barred commentaries on celebrity fashion, Dipsy is on the opposite end of the spectrum, posting balanced and objective comments on his posts, vlogs and live broadcasts.

As a throwback to his former job as a graphic designer, the Chongqing native creates aesthetically pleasing content, which, coupled with his highly descriptive texts, has drawn 7.8 million followers on Weibo and luxury fashion brands alike. As one of the top fashion bloggers in China, he was also handpicked to appear in Chanel’s promotional video on Valentine’s Day in 2018.

Tao Liang “Mr Bags,” considered as the country’s leading bag maven and one of its top Chinese influencers, is known for his comprehensive knowledge of luxury totes that has won him a following of 6.3 million followers on Weibo, where he provides reviews, in-depth trend analyses and recommendations for bags from brands such as Chanel, Louis Vuitton, Bottega Veneta, Dior and Ferragamo. It helps that he personally loves bags, and it shows.

He started his Weibo account in 2012 just to share his passion for bags, but quickly drew a strong following of Chinese readers locally and internationally. As a top blogger, he remains as one of China's famous popular fashion personalities, amassing a legion of devoted followers in the form of bag lovers and fashion enthusiasts.

Little wonder luxury bag brands flock to him for collaborations. When he launched his limited-edition Mini Horizon bag with Givenchy for Valentine's Day in 2017, the 80 pink bags sold out in 12 minutes. He most recently worked with Burberry to produce 100 limited-edition Pocket Bags in beige and red which were sold exclusively on his WeChat account, Baoshop, on 30 June 2020. They sold out in seconds.

He also collaborates with brands like Fendi, Chloé and Tod’s.