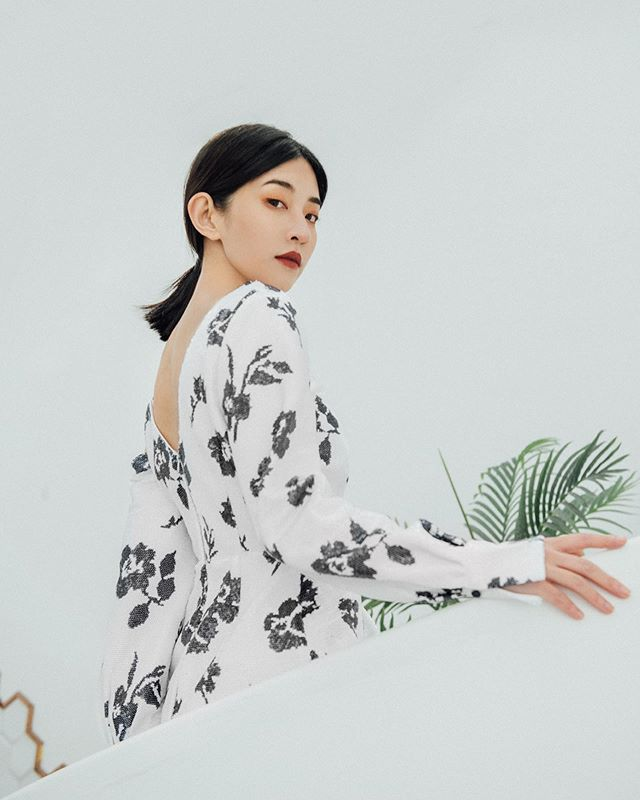 Online sales are increasingly being driven by social media influencers. Frost & Sullivan, a consultancy, estimated that influencers generated 32.9 billion yuan ($4.7 billion) in sales in 2017.  More than two-thirds of Chinese consumers are influenced by social media in their purchasing decisions, according to a survey by the Centre for International Governance Innovation.

The growth of e-commerce is also driven by two other forces in China — social buying and live commerce. Social buying is best exemplified by Pinduoduo’s (PDD) business model, which allows consumers to team up with their contacts to buy products at lower prices. In live commerce, Chinese influencers do live broadcasts on streaming platforms to showcase products.

Live commerce has become even more popular because the Covid-19 pandemic has kept many consumers away from physical shops. Footfall has been sluggish after retail stores reopened post-coronavirus lockdowns, according to a Financial Times report in June 2020.  Brands from Lanvin to Louis Vuitton have launched livestreaming promotions in China to boost sales.

With the meteoric rise in digital shopping and live commerce driven by influencers, here are seven Chinese influencers garnering attention.

Li Jiaqi may be a man, but that has not stopped him from being crowned the “King of Lipstick”. As China’s best lipstick salesman and one of today’s top Chinese influencers with a legion of followers, Li reviews and sells lipsticks from various brands, from Tom Ford and M.A.C. to YSL and Giorgio Armani through his livestream on Taobao. His highly persuasive – and sometimes over-the-top pitches – sees him testing each lipstick on his own lips to show how the shade plays out. He also throws in information about each lipstick such as its texture, fragrance, packaging and wearability. This consumer-centric approach, along with his likable personality, is truly what makes him one of the biggest key opinion leaders in the country’s social sphere.

Li rose to fame on social media in late 2017 after he tried on 380 lipsticks in a two-hour livestream show on Taobao. He also famously challenged Alibaba founder Jack Ma to a live lipstick sell-off on the Singles’ Day shopping festival, in 2018, in which they pitted themselves against each other to see who could hawk the most number of lipsticks. It should come as no surprise that Li sold 100 times the number of lipsticks that Ma sold – Ma had sold 10, while Li pushed 1,000. Li’s other claims to fame include his record of selling 15,000 lipsticks within five minutes in 2018’s Singles’ Day. He also livestreams his beauty product recommendations on Douyin, China’s version of TikTok, where he has close to 40 million fans.

Not bad for someone who started out as a L’Oreal counter assistant in Nanchang, a small city in China. His stint there helped him to hone his sales pitch as well as develop a deep knowledge of beauty and make-up products. Today, as one of the top Chinese influencers, Li is estimated to have a net worth of between US$1 million and US$5 million, and he made it to the Hurun China Under 30s To Watch 2019 list.

Shanghainese Anny Fan is ranked as one of the top Chinese influencers in the country, with 5.5 million followers on Weibo. She represents luxury brands and fashion houses such as Louis Vuitton, Hermès, Chanel, Bottega Veneta, Prada and Miu Miu. On top of that, she also acts as a consultant for Western brands venturing into the highly competitive China market, tapping on her expertise in internet commerce.

The Chinese influencer, who stands at 5 feet 8 inches (1.72m), has a physique that leans more towards that of a Western model’s than an Asian one, which led to her interest in fashion from the United States and Europe. When she started her Weibo blog in 2010, it was to share information about Western-style fashion, which made her stand out among other bloggers who, at that time, had their focus trained on Japanese and South Korean fashion.

Fan moved into WeChat in 2014, and by the following year, she had amassed a following of 600,000 followers and started receiving offers of brand collaboration. She decided then to quit her job as a full-time PR of a bank to go big as an influencer, working on her online image and social media presence, and boosting her online content by creating more photos and videos.

And now, she is set to conquer a world beyond China. When she mentioned that she would like to spend more time in New York, a friend arranged for her to meet Manhattan-based talent management company The Society Management, which represents Instagram personalities such as Brazilian model Adriana Lima, Chinese supermodel Liu Wen and media personality Kendall Jenner. The company was keen to sign Fan on, and this signaled a milestone not only for Fan’s career but also for Chinese influencers, who have experienced difficulties in breaking into the international arena.

Unlike other Chinese influencers in the country, Papi Jiang (Papi 酱) is not the typical glammed-up fashion and beauty China Instagram influencer. In fact, her online image portrays her as low maintenance, which some netizens argue is precisely what makes her highly likeable. That, plus her wit.

She helms a wildly popular satirical video blog that pokes fun at everyday situations from dating and family relationships to work and regional accents with her straight talking demeanor peppered with swear words. This is what sets her apart from other China influencers -- and one that has won her a huge following among different platforms. Her videos can be found on Youku, Wechat, Weibo and Bilibili.

Papi Jiang, whose real name Jiang Yilei, graduated from the Beijing Central Academy of Drama, and shot to fame after releasing a series of homemade videos on Chinese social media in 2015. By the next year, she had become so popular that famous Chinese talk show host Luo Zhenyu, together with a few others, invested 12 million yuan in her.

Her fame however, drew the attention of state censorship officials, who chastised her, calling her videos out for its “vulgar language and content”, and she was made to tone down her shows, which some netizens felt blunted her edge.

That, however, did not stop advertisers from throwing money at her. In 2016, she charged Shanghai-based make-up brand Lily & Beauty 22 million yuan for a pre-roll video ad spot.

She has also featured in commercials for luxury watch brand Jaeger-LeCoultre and has had five lipsticks customised for her by make-up label Max Factor.

As a Gen-Z Chinese influencer, the Chongqing-born, Shanghai-based Kakakaoo (also known as 王清媛 or 阿沁) vlogs and blogs about her daily life, posts unboxing videos, and shares beauty product recommendations and reviews. She also publishes her own newsletter to help her fans – a Weibo following of 13.3 million users – keep abreast of what she has been up to.

When it comes to the China influencer's repertoire of collaborations, cosmetic brands like MAC have come a-calling, getting her to promote its lipsticks to fans across her multiple platforms. Another major luxury brand that has chosen to work with her is Burberry.  As a young influencer in Chinese descent, this only proves her appeal and connection with her audience -- both on a local and global scale.

She was featured in an issue of Vogue magazine in 2017.


Chengdu-born stylist, blogger and artist Fil Xiaobai, real name Yan Sishi, got her break when she was sent by a Chinese travel channel to cover the Paris Fashion Show in 2012. Her quirky sense of fashion was captured by street photographers Tommy Ton and Bill Cunningham and she quickly caught the attention of the Internet and started a career as a freelance stylist, promoting herself by sharing her looks on Weibo.

In 2017, she was invited to walk on the runway of the Dolce & Gabbana 2017 autumn and winter show in Milan Fashion Week, marking a big milestone for the career of the China influencer.

As one of the country’s top Chinese influencers, Fil Xiaobai has 5.1 million Weibo followers and works with brands like Chanel, Louis Vuitton, Gucci, Dolce & Gabbana and Stella McCartney.

Viya Huang is the top-ranked livestreamer on Taobao, according to Jing Daily, a leading digital publication on luxury consumer trends. In her daily evening livestreams, she sells millions of dollars’ worth of products, from cosmetics to clothes to household appliances and even cars and houses through a pitch that is a mix of variety show, infomercial and group chat. In October 2019, she broke the Taobao record of selling 353 million yuan worth of products in a single day. In May 2020, she hit a record of 37 million viewers for her show.

During a 2019 Singles' Day sale, Huang collaborated with reality star and Instagram personality Kim Kardashian to help sell the media mogul's KKW fragrance – in the first few seconds after Huang opened the online sale for the perfume, she sold 1,000 bottles. But her biggest feat to date may be the time she sold a rocket launch service for 40 million yuan during one of her Taobao livestreams on April 1.

As one of the Chinese influencers with a huge following, Huang’s followers trust her because she and her team of 200 sift the worthy products from the duds and rigorously test them before pushing them out on her livestream shows. In fact, so great is her fans’ trust in her that they are willing to buy anything she recommends without first doing research on the item themselves.

In 2019, Huang started doing remote livestreams, in which she travelled to countries like Thailand and New Zealand to promote local products. In August 2019, when she remotely livestreamed from Auckland, New Zealand, she generated close to $30 million in sales hawking products such as manuka honey and dairy products.

A former film writer, Zola Zhang now counts among China’s leading fashion bloggers and top Chinese influencers, and she has the figures to show for it – she has 3.5 million followers on Weibo, and in three years, she collaborated with 300 brands, including luxury brands like Chanel. In April 2019, luxury shoe brand Stuart Weitzman invited Zhang and her team to be the official stylists for the brand’s Spring fashion shows in the Chinese cities of Shenyang, Wuhan, and Ningbo. This was apt as Zhang is a huge fan of the brand and has featured its products in her articles many times.

After the shows, Zhang wrote a lengthy WeChat article about her experience and gave her followers a peek at what went on behind the scenes. Her article garnered more than 100,000 views, with readers leaving positive comments as well as taking part in a lively discussion about the outfits and shoes they liked. It's not every day that a fashion influencer like Zhang can spark interest in both her event outings and stories, but this is something that she manages to do effortlessly.

She has also worked with brands such as Louis Vuitton, Max Mara, Shiseido, Armani and Estée Lauder.