Will the coronavirus pandemic spark a rethink of global food supply chains?

Will the coronavirus pandemic spark a rethink of global food supply chains? 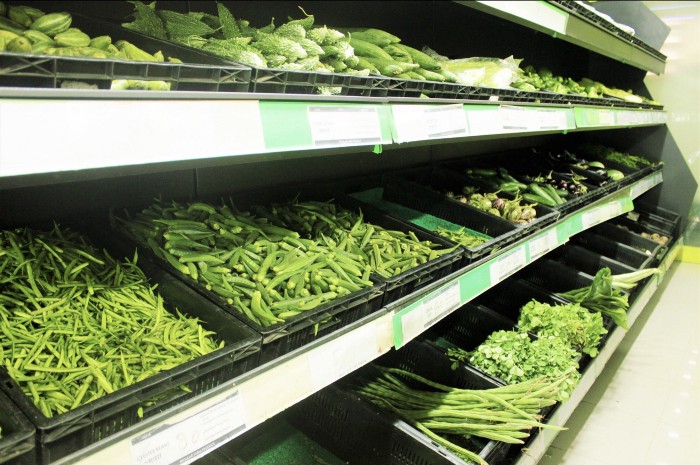 April is the time of the year when farmers prepare to sow their land with the coming of spring. This year, that farming cycle is being upended by the COVID-19 pandemic, a disruption that has far-reaching ramifications for the complex web of farmers, distributors, truckers and consumers that make up the global “just-in-time” food supply chain.

The concept of “just in time” was first developed in Japan in the 1970s to streamline manufacturing processes by supplying parts only as and when required. Today, its application to the global food supply chain is under scrutiny as the pandemic forces countries to close borders, restrict the movement of goods and quarantine entire cities.

“Consumers have come to expect constant flows of food, without hiccups or gaps,” wrote Tim Lang, a professor of food policy at the University of London, for theconversation.com, raising concerns about the UK’s dependency on imports of fruits and vegetables.

“New industries have emerged, notably logistics and satellites which track this all from farm to shop. We are trucker-dependent now,” said Lang, who has advocated for rationing in the UK.

Logistics challenges are already visible in the movement of food and reduced access to animal feed and slaughterhouses, noted the U.N. Food and Agriculture Organization (FAO), and this could translate to future price spikes for high-value commodities, such as meat.

The rising number of countries restricting exports of food supplies have also raised concerns of a rising tide of “food nationalism”.

In Asia, there are mixed signals from leaders and experts about any upcoming food shortages should the “just-in-time” supply chain break due to the pandemic. Vietnam, the world’s third largest rice exporter, has stopped exports of the grain. Kazakhstan, one of the world’s largest exporters of wheat flour, has imposed an export ban on wheat flour, buckwheat, sugar and sunflower oil. Thailand, too, issued a ban on egg exports temporarily for fear of domestic shortages caused by panic buying.

For now, there are no major signs of food shortages or price hikes and there are sufficient global reserves of nonperishable grains, such as wheat and rice, to meet demand, say researchers at the U.S.-based International Food Policy Research Institute.

However, food distribution channels could face some disruption because of transport glitches and quarantine measures.

In China, where the coronavirus outbreak was first reported, rural communities were affected by the closure of wholesale markets, their usual channel for distribution of agricultural produce. E-commerce platforms like PDD stepped in to help bridge the gap by connecting these farmers directly with consumers through livestreaming and online sales.

But China’s example may not be replicable in full in other countries given its advanced e-commerce and logistics industries.

Chinese consumers are also savvy online shoppers and used to buying products and services online, making it easier for them to embrace buying perishables like vegetables and fruits over the internet. Even then, logistics was initially an issue because the quarantine measures had coincided with China’s most important holiday, when many of its migrant workers return to their hometowns and businesses shut down for the weeklong break. The supply bottleneck eased only after warehouse workers and truck drivers returned to work.

In equally populous India, e-commerce platforms ran out of stock on the first day of a 21-day lockdown announced by Prime Minister Narendra Modi on March 25. Food supply could tighten if the stay-at-home order extends beyond a month, according to a report by R. Ramakumar, the chair professor at National Bank for Agriculture and Rural Development in Mumbai, India. Already, the lockdown is hitting daily-rated farmworkers hard.

Meanwhile in Singapore, leaders had to reassure the city-state’s population of 5.7 million that there were ample stockpiles after neighboring Malaysia closed its borders, sparking panic buying of food and toilet paper.

While Singapore imports 90% of its food from more than 170 countries, Malaysia is a major supplier of its eggs (72%), fruits and vegetables (40%), chicken (37%) and fish (15%), according to figures from the Singapore Food Agency, a government body. “We are now enhancing our cooperation with many other countries around the world to look at food security, food safety, and to improve the supply chain,” Singapore’s Deputy Prime Minister Heng Swee Keat told reporters on April 1.

“So even when supply chains are disrupted, in moments like this, we can still have better security of supply.”