The rising power of women shoppers in China

The rising power of women shoppers in China 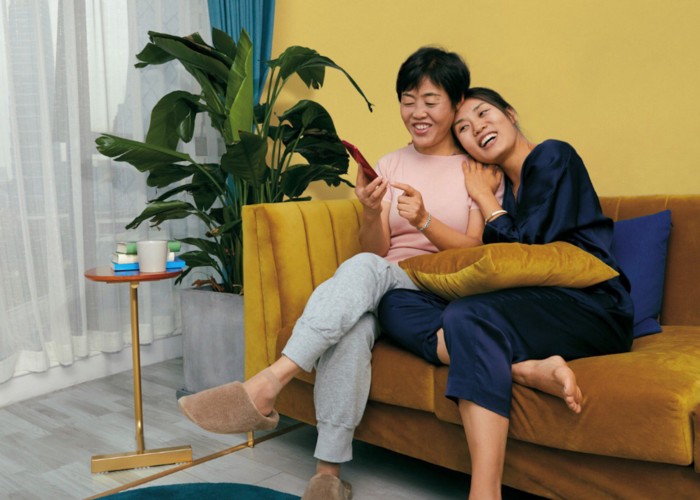 International Women’s Day in China is a huge party – one celebrated with mega discount vouchers, corporate gifts and half-day holidays for working women. Young girls even take to social media to flaunt the cakes, flowers and cosmetics they are gifted.

This year promises to be no different, despite the coronavirus scare and the celebration falling on a Sunday. If nothing, it gives the women an entire day to avail of bargains while sitting back at home and doing what they do best – online shopping.

China is entering a new decade that promises a meteoric rise in the power of the female consumer and the female boss as entrepreneurial gigs become a craze.

There are around 400 million female consumers in China, and together they spend more than RMB 10 trillion ($1.44 trillion) annually, according to data from e-commerce platform Pinduoduo (PDD), a Nasdaq-listed company.

Unlike earlier when Chinese men were the main breadwinners, women now play an equal, if not more important, role in decision making and financial management at home. According to a 2019 survey by Accenture, nearly 97% of women in the urban areas earn a stable source of income, and 68% own a property.

This has deeply influenced shopping patterns, as is evident during one of the most popular shopping festivals on March 8, a day that was officially named “Women’s Day” by China in 1949, almost 26 years before the United Nations declared it as International Women’s Day.

This year, too, many e-commerce platforms and brands have kicked off marketing campaigns and promotions weeks in advance on the mainland.

“Online shopping has become much more reliable in recent years,” said Rui Mao, a teacher at an international school in Beijing. “I only go to an actual store for big purchases because I can pretty much buy everything (else) with one click.”

Without a doubt, the financial independence and control that Chinese women have achieved over the past two decades have been remarkable. More than 50% of married women earn incomes on par with their spouses, according to “The 2017 China Women’s Consumption Survey Report” jointly published by Ruiwen and Global Times.

A report by Deloitte on “The Impact of Women in the Workplace in a Digital Age” in 2017 showed that Chinese women contributed 41% to China’s GDP, higher than any other country.

With the acceleration of the booming e-commerce industry in China, women are offered a much broader selection of channels and platforms to shop, making them the decision makers in 80% of Chinese households.

On PDD alone, for example, 65% of the 536 million active buyers are women.

According to the latest data on PDD, the average annual consumption by female users aged 30 to 40 is close to RMB 4,000, the highest among all female groups.

Women born in the 1980s are in “the golden rising” period of family and career. They assume multiple roles as wives and mothers, and are the dominant players in family shopping decisions. Women over the age of 40 have also demonstrated strong purchasing power, with an average annual consumption of more than 3,000 yuan. The mobile Internet has driven an explosion in their spending power.

“As a mother and wife with a demanding job, I want to be both efficient and responsible for our household purchases,” said Mao, who was born in the 80s. “I have a long commute every day, so online shopping brings a lot of convenience and cost savings to my daily grocery and necessity shopping.”

The Post-90s and beyond: Independent shoppers

Women born in the 1990s, some of whom also fall in the ‘Gen Z’ cohort, have also become the backbone of Chinese society and their respective families as they are working, fashion conscious and have financial independence. Compared with their predecessors, these young women pay more attention to their own needs.

PDD’s internal data shows that female consumers born after 1990 are the main online shoppers, accounting for more than 60%. Most of them are of ages between 25 and 30, and the products they buy are mainly concentrated in the categories of beauty and personal care, daily necessities, snacks, shoes and clothing.

According to data from PDD, this age group accounted for 67% of women shoppers who took advantage of the e-commerce platform’s “10 Billion Subsidy” program, an online section that highlights brands available on PDD, both domestic and international.

“My phone is my housekeeper,” said Dan Zhang, a young technology professional in Shanghai who was born in the 90s. “I buy everything, from beauty products to snacks and groceries.”

Zhang added that she was very careful with her purchases. “I only buy cosmetic products from the “10 billion Subsidy Program”, because I don’t want to worry about the authenticity of products,” she said.

“I also enjoy identity equality when I shop online – no one cares if you are rich or poor, I can try anything without worrying about any sales person judging me.”

Young women are also becoming the new force behind e-commerce entrepreneurships. There are total of more than one million, or 30%, women store owners on the PDD platform. For just small and medium-sized stores, this proportion is 40%.

The threshold for entrepreneurship has been lowered, thanks to the popularity of mobile internet and a mature domestic manufacturing industry chain in China. For a lot of young women, self-employment is a good alternative compared to a regular 9-to-5 job. As online businesses become savvier and the culture of social media influencers, or KOL (Key Opinion Leaders), thrives in China, more and more young women are putting their hats in the entrepreneurship ring.

Zhang Caihong, 30, who runs a successful womenswear business selling plus-sized clothes on the PDD platform shares a rags to riches story where she went from being unemployed to savvy entrepreneur with annual sales of RMB 2 million ($287,000) in less than four years. Smart and intuitive, she was able to cash in on the trend of oversized fashion in a country with mainly petite young women.

“In this world, luck and opportunity can come at you continuously,” Caihong said. “When the opportunity lands, you have to be in the position to seize it.”