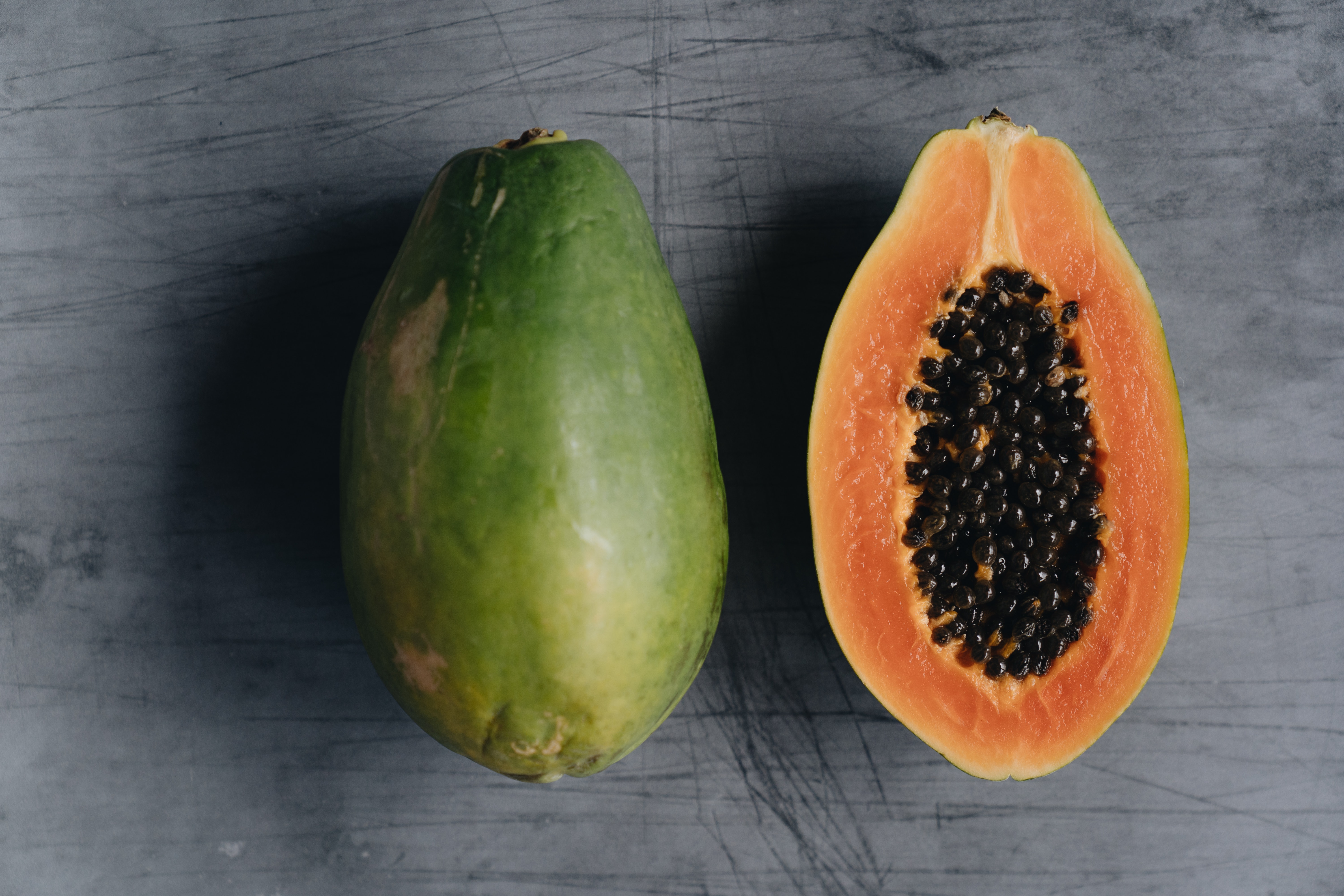 The papaya, also called papaw or pawpaw, is the succulent fruit of a large plant of the family Caricaceae.  It is slightly sweet with a musky tang and popular as a breakfast fruit in many countries. It is also used in salads, pies, sherbets, juices, and confections.

It is thought to be the result of a fusion of two or more species of Carica native to Mexico and Central America. But today, papaya is grown throughout the tropical world and in the warmest parts of the subtropics. And now, even Holland.

A few years ago, Wageningen University & Research undertook a research project to test which tropical fruits hold promise for cultivation in greenhouses in Holland. The researchers selected avocado, papaya, and mango as the candidates. Of the three crops, the papaya turned out to be the most suitable for greenhouse horticulture.

Partly thanks to this research, papaya is now being grown on four hectares in a Dutch greenhouse. That may help meet some of the growing demand for the tropical fruit, which is now mostly imported from overseas.

A major obstacle to international trade in papayas is its fragility, which makes it susceptible to damage during transportation to faraway destinations. This is where greenhouse horticulture could play a role, by growing the crops closer to where they will be consumed.

Global papaya production is projected to rise by 2.1% per annum to 16.6 million tonnes in 2029, according to the Food and Agriculture Organization of the United Nations. The strongest growth is expected in Asia, which is projected to account for 61% of global production then. India is the world’s biggest producer of papayas with a forecast volume share of 48% by 2029, while Mexico will remain the largest exporter of the fruit, mostly from the U.S. and the European Union.