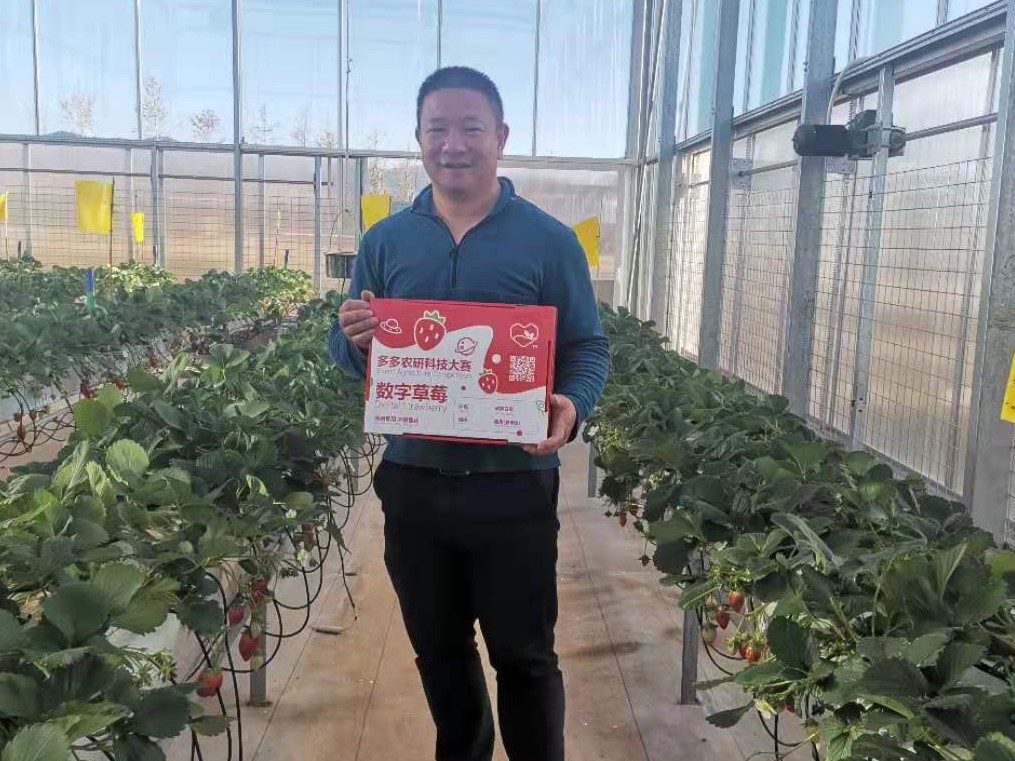 Zhi Duo Mei, a team of technology experts that took part in Pinduoduo's Smart Agriculture Competition, became the first group out of the contest to commercialize their technology as local farmers sought the team's help to improve their agricultural yield.

Led by Cheng Biao, the team had planned to use the prize money if they won the competition to start a business. But a few months into the contest, Cheng began receiving inquiries from farmers keen to deploy the team's automation technology that showed a more than 60% increase in conventional output.

The Smart Agriculture Competition, co-organized by Pinduoduo and the China Agricultural University under the technical guidance of the Food and Agriculture Organization of the United Nations, took place over four months in Yunnan province.

In the competition, teams of top strawberry growers competed with teams of data scientists to see whether humans or technology were better at growing the sweet, vitamin C-rich fruit. The technology teams produced 196% more strawberries by weight on average compared with traditional farmers, and also outperformed in return on investment by an average of 75.5%, according to the competition organizers.

The technologists took a data-driven approach to the millennia-old industry, measuring and mapping multiple variables and then directing the growing process through automated greenhouses. The traditional growers relied on their collective experience in planting to challenge the AI systems developed by their counterparts.

"Technology is the force multiplier that helps both the people who grow the food and the people who eat it," Zhu said. "We want to enable farmers by giving them a tech toolbox that takes the guesswork out of planting."

Pinduoduo is investing in precision farming as part of its push into smart agriculture. By developing cost-effective and standardized technology that farmers can easily implement, the company hopes to raise agricultural productivity and lower the costs of growing, moving, and selling food.

It is also working with Singapore's A*Star research agency to develop low-cost portable kits for testing contaminants such as pesticides.

The technology is used in agriculture to quantify crop parameters such as water content, sugar content, and other ripeness indicators, measure the need for nitrogen-based fertilizers or look for bruising not visible to the human eye.

"We will prioritize small-scale farms as they are the least productive, and we see the greatest room to help them improve output," Cheng said. "In just three months, they will see for their own eyes the difference."