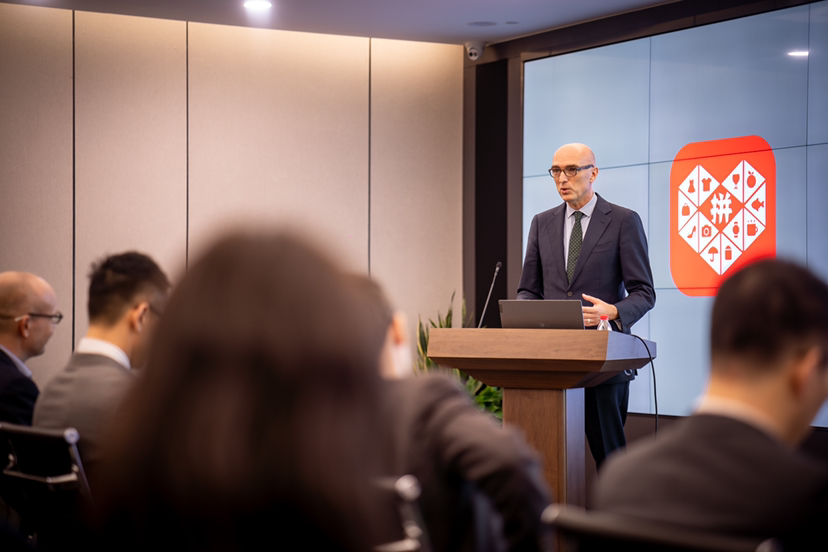 Pinduoduo, China’s largest agriculture-focused technology platform, hosted Dutch companies in the agriculture and food industries at its Shanghai headquarters as part of efforts to promote agritech and sustainable development.

Jointly hosted by the Consulate General of the Kingdom of the Netherlands, the companies took part in a roundtable on Dec. 7 aimed at establishing cooperation between Pinduoduo and Dutch agri-food companies. The companies discussed how to promote sustainable development and shared their experiences working in agriculture in China.

“Sustainable development and agriculture are close to the heart for both the Netherlands and Pinduoduo,” said Remco van Wijngaarden, the Consul General of the Kingdom of the Netherlands in Shanghai. “We hope that hosting this roundtable discussion will spur more cooperation between Pinduoduo and Dutch companies to promote agritech and sustainability.”

As the operator of China’s largest agricultural e-commerce platform, Pinduoduo connects millions of farmers with its more than 700 million consumers. The company has made improving productivity and efficiency in agriculture a strategic priority because improvements in the production, distribution and consumption of food benefit the greatest number of people.

A total of 19 Dutch companies attended the event. They include the Ridder Group, which specializes in greenhouse technology. The company is also a partner in the Smart Agriculture Competition organized by Pinduoduo and the China Agricultural University, where teams of AI scientists compete with traditional growers in cultivating strawberries.