Meet Wang Guangtao: He wants to sell live fish to you at a fraction of what restaurants charge

Meet Wang Guangtao: He wants to sell live fish to you at a fraction of what restaurants charge 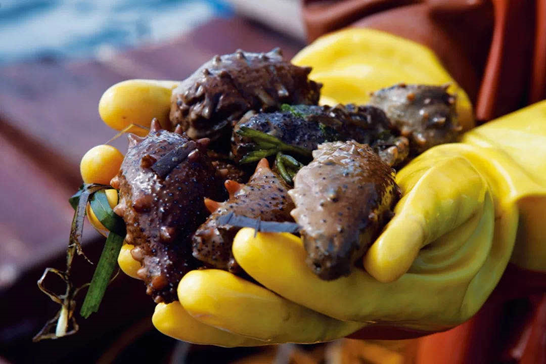 Even with seven years of experience as an e-commerce merchant, Wang Guangtao wasn’t sure if he should sell his stock of mackerel dumplings online after they fared poorly in supermarkets. That was because in 2016, few shoppers bought fresh produce online, much less seafood.

However, faced with 300 tons of frozen fish dumplings in cold storage, Wang took the advice of a friend and listed them on Pinduoduo (PDD), a new e-commerce platform he had only just heard of. To his surprise, he managed to sell the entire lot.

Today, seafood is one of the fastest-growing categories on PDD, driven by demand from consumers keen to buy fresh fish at lower prices. Sales of the category rose 60% in the first quarter of this year.

Wang, too, has prospered. In less than five years since opening his store on PDD, he now owns 10 fresh food brands, such as Uncle Youling, Deshengli and Yanbo, and his online store sells seafood, poultry and red wine. Last year, his store’s annual sales revenue reached 130 million yuan ($18.4 million), half of which came from seafood sales.

He has also moved on from packing his fish in cardboard boxes with ice cubes inside, to foam grid boxes with vacuum storage and dry ice.

Before PDD, Wang sold imported food like Korean instant noodles through Alibaba’s e-commerce platform. But a decline in sales eventually forced him to stop his import business.

Wang attributed his success on PDD in part to being able to tap into his family business of selling fresh seafood. By connecting directly to consumers and bypassing middlemen, Wang was able to pass on the savings and offer competitively priced seafood.

Compared to the online distribution model, the traditional supply chain for fish to get from fishermen to supermarket typically involves at least six steps from the fishermen to the consumer, with each layer of distribution an additional cost. Taking hairtail as an example, supermarkets must sell the fish at a minimum of 13.30 yuan/kg to make money, or double the 6.60 yuan/kg price from the fishermen.

“Since we don’t have any middlemen in our supply chain, we can sell hairtail for 10 yuan/kg on Pinduoduo, including the delivery fee, and still make a profit,” said Wang. “Reducing the price on Pinduoduo brings you more traffic, and the marketing cost of doing this is zero.”

Unlike some other e-commerce platforms, Pinduoduo does not charge commission on merchant sales, which means that sellers like Wang can choose to use the savings to offer the same products at a cheaper price, which in turn drives customer demand.

Wang plans to explore ways of selling live fish by cooperating with a logistics company. If he succeeds, he would be able to offer premium seafood at a fraction of what restaurants charge their patrons.

He also plans to offer sea cucumbers on his online store, a sea animal that is tubular in shape and considered a delicacy in parts of Asia. Typically served in restaurants and at banquets, demand for sea cucumbers has surged with the Covid-19 pandemic as more consumers bought them for personal consumption.