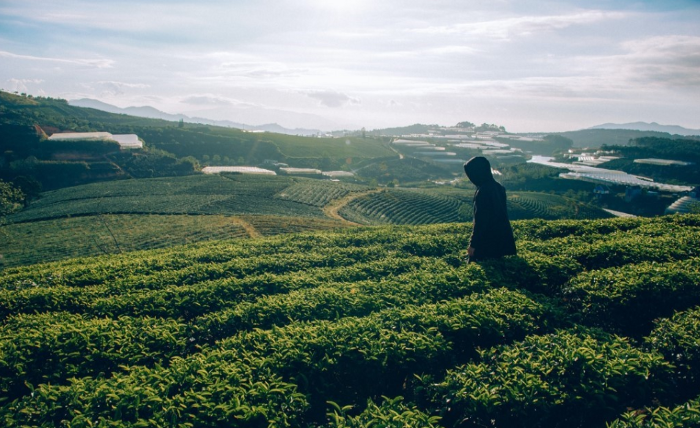 This is part of a series that profiles sellers on Pinduoduo’s platform.

As far as he could remember, Teng Zhiyue grew up surrounded by the aroma of tea. His father owned a large-scale tea factory in Guangxi’s Heng County, known for its jasmine blossoms. His grandfather was a tea farmer.

So it was natural for Teng, then a freshman undergrad, to follow his elders into the centuries-old tea trade. But even with the advantages of his family connections, Teng lost some 300,000 yuan (US$42,000) in a few months in his first venture selling tea on an e-commerce platform.

“For an unknown small fry like me to try to make waves alongside more established players on platforms was harder than ascending heaven,” Teng said, describing his decision to switch platforms and start operating on Pinduoduo. PDD had fewer tea merchants at the time and provided a lot of support to help farmers, he said.

Teng decided to focus on the 40–60 age group after initially targeting younger consumers with little success. He also went after the mid- to high-end market for jasmine tea because he felt that many customers valued the taste and experience. He sold his products at half the price of his competitors, accepting a lower margin in return for higher volume of sales.

To set himself apart from other merchants, Teng started a livestream promoting tea culture. He did something similar with a physical “experience store” at Yiwu, the world’s biggest wholesale market, to advocate a healthy tea drinking lifestyle. Soon, Teng’s team took part in various offline promotional activities, from Valentine’s Day to International Women’s Day, to promote their tea.

Using livestreaming and e-commerce to buy and sell tea is the latest iteration of an age-old trade dating back thousands of years. China is the world’s biggest producer of tea and also its largest exporter, ahead of countries like India, Sri Lanka and Kenya. Domestic consumption accounted for about 73% of the 2.79 million tons of tea produced in China last year, according to the China Tea Marketing Association.

Teng recalls putting in long hours, monitoring customer queries and packing tea for dispatch late into the night. In the beginning, couriers sometimes refused to come pick up the parcels because the quantity was too small, so Teng and his small team had to make the deliveries on their electric scooters themselves.

Fast-forward to May 2018 and Teng’s fledgling business employed 20 people for operations and sales, more than 100 if one included the growers. Many of the employees were high school students or university undergraduates, and the e-commerce sales have helped lift many local farmers out of poverty, Teng said.

Later that year, with the approach of winter, the company broke 40,000 yuan in daily sales for the first time, a big confidence booster for Teng at the time. The company soon reached 1.2 million yuan in monthly sales as they began to build a reputation for their tea.

But there were also setbacks along the way, like the time when they had to spend an entire day and night to repack a shipment after it was discovered that some employees had packed less than the stipulated weight by mistake. They managed to correct the error and ship out the parcels in time to avoid cancelling the orders.

Looking back, Teng said he always had the confidence the business will take off.

“Even though it wasn’t easy, we felt fulfilled, because we believed that our efforts will pay off,” he said.