Meet Sun Xiaoxun: This city boy slept in a truck while chasing his dream of growing organic apples

Meet Sun Xiaoxun: This city boy slept in a truck while chasing his dream of growing organic apples 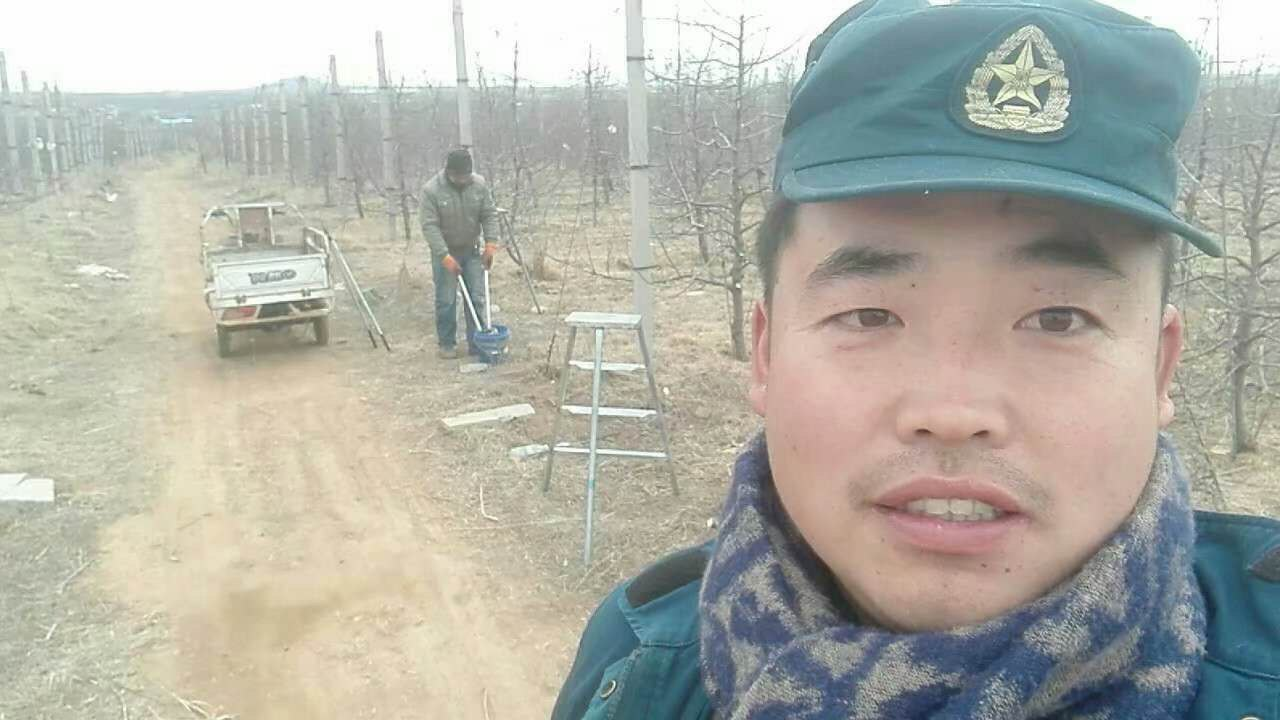 For much of the past seven years, Sun Xiaoxun worked hard and alone on his 66-acre apple orchard in Shandong, China. Last year, his labor literally bore fruit.

When Sun took a first bite of the apples he had painstakingly cultivated, he knew he had succeeded in bringing back the flavor he missed from childhood. “It was comforting when my son said proudly that the apples his father grew taste so much better than those sold on the market,” said Sun, now 35. “I felt so happy that the effort has paid off.”

It was a leap of faith for Sun – and his wife and child – when they decided to leave the city behind to start a business growing organic apples. The decision to become farmers in Yantai, which produces 16% of China’s apple crop, was driven by childhood memories of eating the fruit during winter. The apples nowadays were missing the smell and sweet-sour taste, Sun said, even though they looked better.

During the most challenging times, Sun slept in a truck, having sold their apartment to fund the construction of a cold-storage warehouse. His wife and son stay in a rented place even until today.

“I owe my wife and son because I haven’t been able to take good care of them,” he said. “The hardship and investment of doing agriculture were well beyond my expectation.”

The company now employs seven permanent staff and turned profitable last year. Sales should more than double this year to about 500,000 kilograms, and further double to 1 million kg next year, Sun said. He plans to build a brand for his organic apples and eventually sell all of his apples directly to consumers through e-commerce platforms such as Pinduoduo.

Farmer-to-consumer sales are becoming popular in China. The consumers enjoy lower prices by bypassing layers of distributors. Farmers also receive bigger orders and are motivated to improve their quality to gain new and repeat sales. However, many farmers still lack the know-how of setting up and managing an online business. To address this skills gap, Pinduoduo holds classes to train farmers on how to market directly to consumers and improve demand for their produce.

Last year, a consumer threatened to complain to Pinduoduo that Sun had waxed the apples to make them look lustrous. Sun denied he had done so.

“If you sell to wholesale fruit buyers, it’s easier because the taste is less relevant, and as long as your apples have that nice luster they want, they will buy in bulk,” Sun said. Selling directly to consumers through e-commerce means millions of consumers will judge the quality of the product, and any negative comment could be detrimental to the business, he said.

“Facing individual consumers, I need to be 100 percent true to my conscience and be patient even when misunderstood,” Sun said.