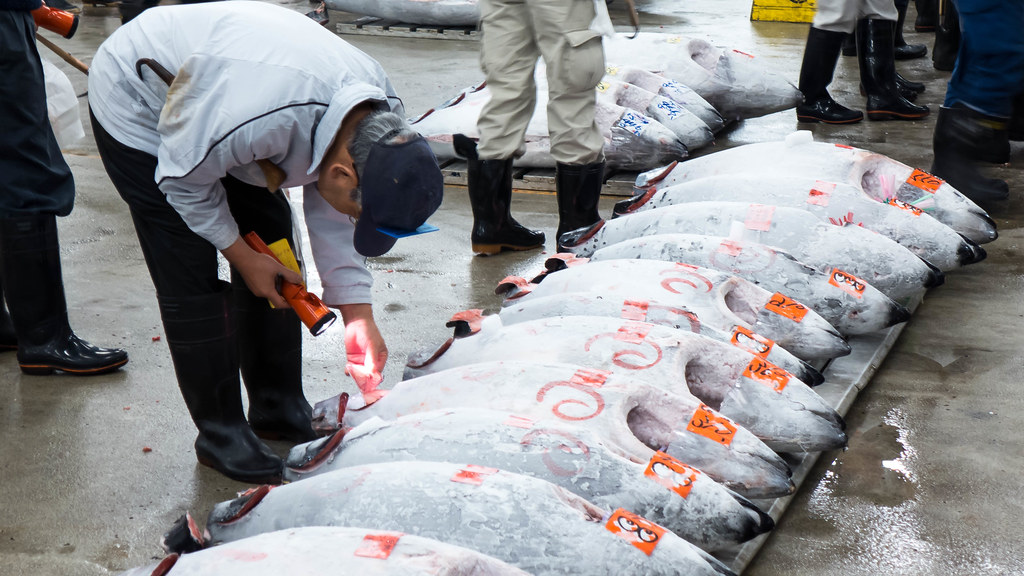 Japan may have found a way to satisfy its increasing appetite for tuna -- applying genome-editing technologies to improve success in tuna breeding.

Japan has long been the world’s largest tuna-consuming country and the prices for bluefin tuna at its New Year auctions often come in at jaw-dropping prices, with one bluefin tuna selling for about $2 million in 2020. However, breeding tuna is difficult. Even the slightest change of environment, such as unusual light levels or loud noise, can prove fatal to the highly strung fish.

Genome-editing may successfully produce “docile” tuna to reduce collision fatalities. Led by Kentaro Higuchi of Seikai National Fisheries Research Institute, researchers found the average swimming speed of the genome-edited tuna was reduced to about half, lowering the risk of high-speed collision with fishnets.

Aquaculture is the fastest-growing food production sector and is rapidly becoming the primary source of seafood for human diets. Japan consumes about a quarter of the world’s total tuna catch, and as much as 80 percent of the bluefin traded globally, according to data compiled by the Fisheries Agency. Conservationists warn in particular that the bluefin, known as “hon-maguro” or “kuro-maguro” and mainly served as sashimi in Japanese cuisine, faces extinction because of overfishing. That has led scientists to increasingly pin their hopes on genome-editing to breed the bluefin tuna.

In the study, Japanese researchers focused on the ryanodine receptor 1b (ryr 1b), which is involved in locomotion control, and found that suppressing its function by genome editing can reduce sudden high-speed swimming caused by external stimuli. Researchers injected the genome-editing tool known as Platinum TALEN into tuna eggs immediately after fertilization, and created tuna in which different gene regions of ryr 1b were genome-edited.

While the Japanese findings may greatly advance the breeding of tuna, public understanding and support are still needed for the widespread use of genome-editing technologies in fish breeding, researchers have said in their research paper.

In an internet survey conducted by the University of Tokyo involving 38,000 participants, 43% of respondents said they did not want to eat genome-edited agricultural products, while 53% demurred on genome-edited animal products.