Inside the top tea growing region in the world

Inside the top tea growing region in the world 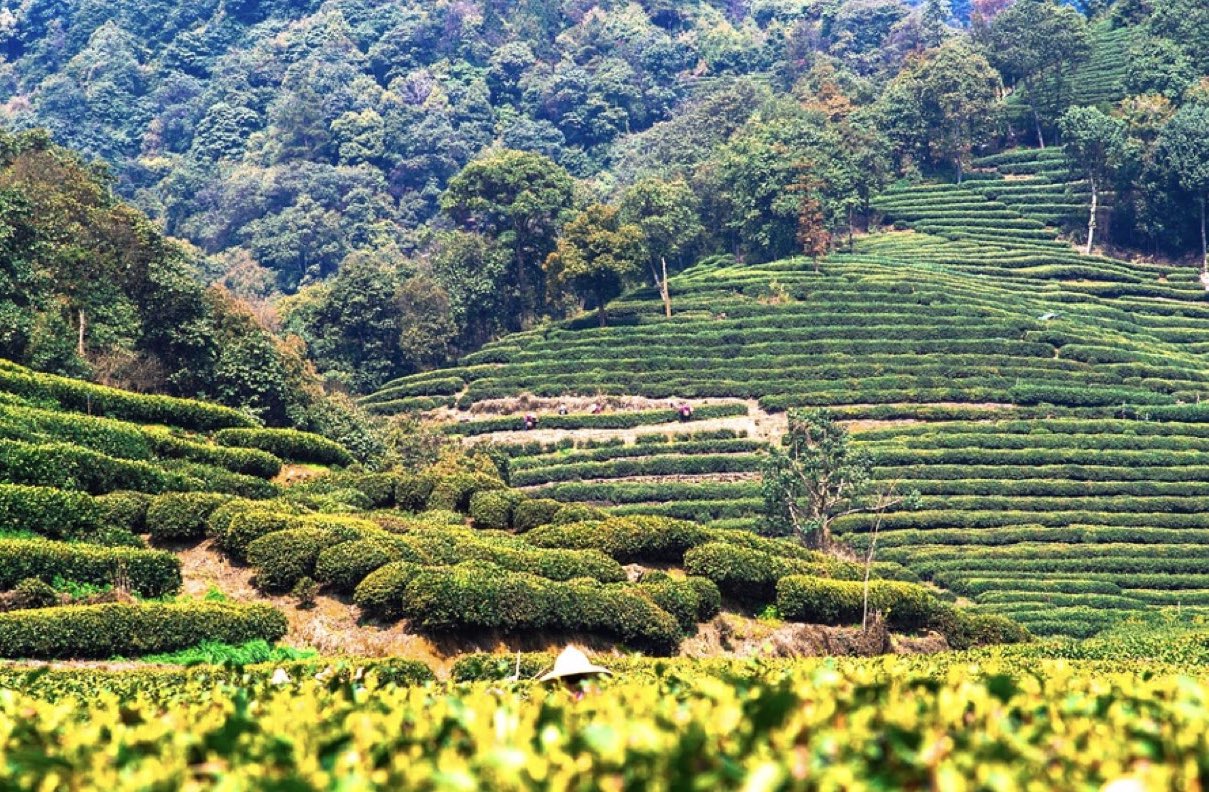 Tea is the most widely consumed beverage in the world. But did you know that when tea was first discovered, it was eaten as medicine and food before it became a drink? Across all tea growing regions and top tea producers in the world, the fascinating history can be traced back to China where it all started approximately five thousand years ago.

There are many ancient Chinese legends about the origins of tea. One legend tells of the god of agriculture or divine farmer who was on a search to discover medicinal herbs in the forest. While chewing on leaves, stems and roots of various plants, this mythical figure accidentally poisoned himself. A tea plant leaf carried by the wind drifted into his mouth. He chewed on the tea plant leaf and it worked as an antidote, saving his life.This was how tea and its healing properties was believed to have been first discovered.

In another popular Chinese legend, the ancient mythical Chinese Emperor Shennong issued a decree to his subjects that they must boil water before drinking it.One day, a gentle breeze blew a few leaves from a tea tree which landed in the Emperor’s cup of boiled water. The Emperor was pleasantly surprised by how the tea leaves changed the color and fragrance of the boiled water. He took a sip and was delighted by the flavor and uplifting effects of this new brew.

Tea drinking is believed to have originated in southwest China with Yunnan province as the birthplace of tea. From its humble roots as a herbal medicinal drink, tea grew in its popularity and status in Chinese society to become a drink that rivals wine. Tea was recognized for its efficacy in uplifting the spirit, inspiring art, stimulating creativity, boosting spiritual cultivation and overall wellness of body and soul. The tea growing and drinking culture spread throughout China and became a staple beverage for the people. Tea leaf bricks were even used as currency when coins lost their value.

From China, tea was introduced to other tea growing countries of today, such as Japan, followed by countries in Europe and America in the sixth, seventeenth and eighteenth centuries, respectively. The British enjoyed drinking tea so much they decided to grow and produce their own tea in India, to compete with China’s monopoly of tea and its status as the top tea producing country.

So you might ask, where is tea grown in China? Tea growing regions in China range from provinces such as Yunnan, Guangdong, Fujian, and Anhui. Tea is produced by processing and farming tea leaves from the same plant species — the Camellia sinensis. For the various types of Chinese tea, their unique characteristics come from the different ways the tea leaves are picked, processed, and produced.

Chinese tea can be differentiated under seven categories:

·      Young tea leaves are dried as soon as they are picked to retain their original color and natural qualities.

·      The most famous green tea is the Dragon Well (Long Jing) from Hangzhou.

·      Unripened tea leaves are picked shortly before the buds have fully opened.

·      The most prized white tea is the White Hair Silver Needle (Baihao Yinzhen) from Fujian.

·      Damp tea leaves are left to dry naturally under a cloth.

·      One of the rarer and more expensive varieties of tea, the most renowned yellow tea is Junshan Yinzhen from Hunan.

·      The tea leaves undergo several processes such as drying, oxidation and roasting, giving the tea its signature black color.

·      Black Tea is called Red Tea (Hong Cha) in Chinese because of the tea’s red color when brewed.

·      One of the most popular types of black tea are Keemun (Qimen) from Anhui and Lapsang Souchong (Zhengshan Xiaozhong) which is smoked over burning pine.

·      Tealeaves are partially fermented, resulting in a black-green tea.

·      The most famous types of oolong tea are Iron Buddha (Tie Guan Yin) from Fujian and Big Red Robe (Da Hong Pao) from the Wuyi Mountains.

·      After being rolled and dried, the tea leaves undergo a process of microbial fermentation lasting several months to many years.

·      The most famous variety of fermented tea is pu-er from Yunnan.

·      Scented teas are created from mixing tea leaves with various flowers such as Chrysanthemum, Jasmine, Rose, Hibiscus or Lily.

According to “Tea Industry in China” by Agnes Blazyte:

·      China is the world’s largest tea producing country as of 2017 and exports more tea than any other country in the world in international trade.

·      According to China Customs data, the exports of all types of Chinese teas (green, black, oolong, pu’er, scented tea) have grown by one to nine percent on average in 2017.

·     China’s tea plantation acreage has been consistently growing since 2006, with the most prolific tea-cultivation areas around and south of the Yangtze River valley in Guizhou, Yunnan, Sichuan, and Hubei provinces.