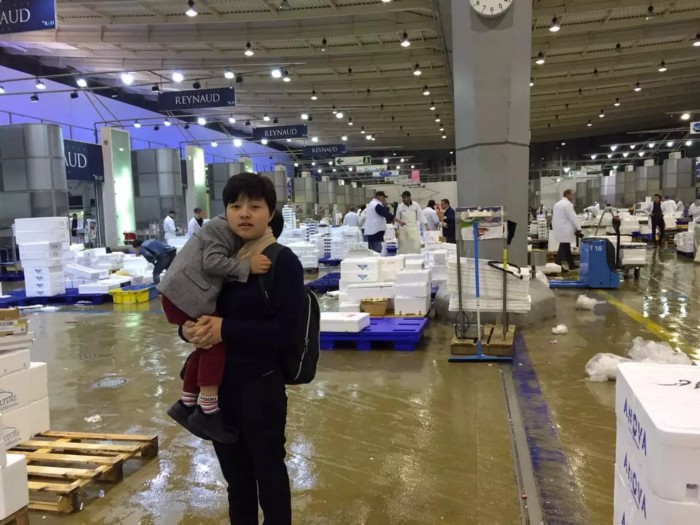 In the lead up to International Women’s Day on March 8, we celebrate the achievements of women by showcasing success stories on Pinduoduo.

Zhang Song does not recall eating her first prawn until she was 17. Born in Hubei, a landlocked province in China, seafood was never a staple at their family dinner table.

Now 34, and residing in Shanghai, the mother-of-two runs a thriving business importing seafood and selling them directly to consumers through the Chinese e-commerce platform Pinduoduo (PDD), a Nasdaq-listed company.

The company today has 17 warehouses across the country to store fresh prawns, crabs and other seafood delicacies procured from deep-sea trawling fleets. Zhang plans to expand the network to 30 warehouses in more inland provinces so consumers there can have access to fresh seafood too.

Zhang is an example of entrepreneurs benefiting from e-commerce platforms that allow them to bypass layers of middlemen and reach consumers directly. As a result, Global Fishery is able to sell its seafood items 60% cheaper than traditional wet markets.

China imported 106 billion yuan($15.2 billion) of seafood in 2019, up 39% from a year ago, according to official China data, reflecting increased spending power of Chinese consumers.

“In the past 10 years, I have seen an upgrading of consumption, with more and more Chinese families now able to afford to eat seafood from around the world” Zhang said. “But they also want value for their money, which is a trend that won’t change in the next 10 to 20 years.”

It was love – for food and for the man she eventually married – that lured Zhang into the traditionally male-dominated seafood business. A self-professed foodie, she loved to devour a variety of seafood cuisines, gaining knowledge while feasting her taste buds, and finally seizing the opportunity for business when it arose.

It was her boyfriend, a seafood expert in Shanghai, who threw the business bait at her.

She was 23 when she married him, and together they started importing seafood and selling them mostly to business consumers. Soon, they were raising two children and running a fledgling business.

“When I chose this industry, I did not consider whether I was a man or a woman,” she said. “When I face pressure, I won’t say because I’m a woman that I will retreat, or that I will take some course of action because I’m a mother. No, I think business does not care about gender, especially for founders.”

Zhang refers to Global Fishery as her “third child that needs to be nurtured”, and finds it hard to dedicate enough time to her children, now nine and four years old.

However, positive in her stride, she feels her children are fortunate because her experience can “inspire their thinking, broaden their horizon and differentiate them from their peers.”