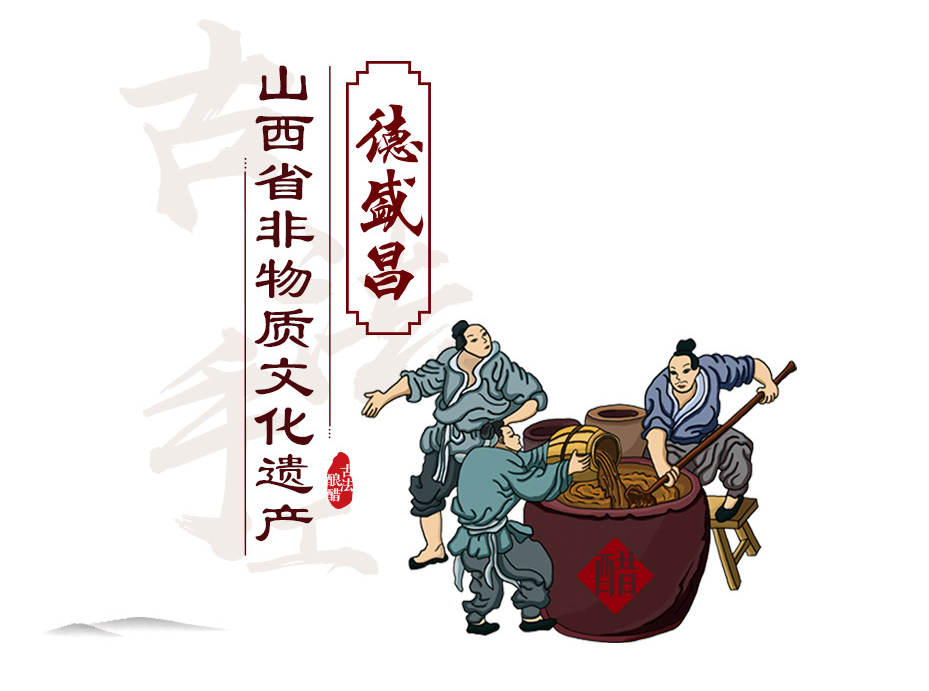 Long before boutique vinegar brands like Pineapple Collaborative, American Vinegar Works, Ramp Up, Acid League and artizn popped onto the retail scene with $20 bottles of organic apple cider vinegar and double-fermented raw balsamic vinegar, there was a village in Heshun with 400 years of vinegar craftsmanship that was on the brink of going extinct.

Even though vinegar is a pantry staple in China just as it is in America (try eating dumplings with vinegar!), Heshun’s vinegar was having a tough time keeping up with the times and competing with mass-market brands with more marketing savvy and industrialized processes. The apprentice system of learning the craft from the master for years has also come under threat from modernization and the lure of better-paying jobs in the big cities.

Indeed, the village factory that was producing the vinegar was on the verge of bankruptcy before it was taken over by a local businessman who had made his money in telecommunications.

The vinegar was designated an intangible cultural heritage of the province, helping it gain official recognition of its long history and tradition. But even after a complete makeover of the product range, Sunward Vinegar was still finding it difficult to push its CUCU brand (“Cu” is vinegar in Mandarin) to the national market.

Despite the time-honored technique behind the product, the brand had zero name recognition at its inception. Sunward made little progress until they came across a campaign by Pinduoduo, China’s biggest e-commerce marketplace by the number of active consumers.

Pinduoduo was running the marketing campaign to support local agricultural brands and bring them to the attention of its now 824 million customers. CUCU was selected as a participating brand as it had been actively participating in the local poverty alleviation work by creating jobs for farmers.

With the support of Pinduoduo, CUCU managed to receive more than 5,000 orders during the two-day campaign, a major breakthrough for the brand. More importantly, the result gave the company confidence to devote more resources into building its business on Pinduoduo.

Through livestreaming sessions, Pinduoduo’s customers learned about the vinegar-making tradition behind CUCU. They got to see the 2,000 mu of organic fields where the crops are being grown and the master craftsmen in action tending to the huge traditional earthen jars of vinegar. The modern production line and sophisticated packaging were also featured, allowing CUCU to attract younger consumers who were attracted to the potent mix of old and new.

To cater to health-conscious consumers, the company has branched out into an organic range. The company is also going the direct-to-consumer route with personalization: you can order vinegar mixed to your liking.

CUCU’s success coincides with the surging interest among younger consumers in China about the country’s rich cultural traditions. Brands like CUCU have also updated their image to become more relevant to this younger demographic, who are interested in the story behind the product.