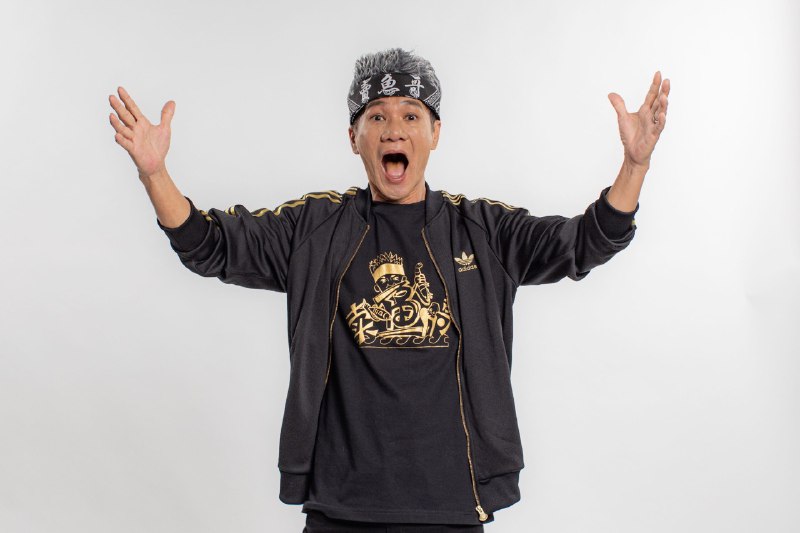 Wang Lei is the first to admit that he is an unlikely Facebook influencer.

The 59-year-old is a veteran performer and host of community song-and-dance shows known as getai in Singapore. He also has more than 250,000 followers on his personal Facebook account. In late March, he went on social media to sell fish through livestreaming only because Covid-19 had shut all public entertainment, depriving the elementary school dropout of his regular sources of income.

Known for his salty language delivered in a fast-talking patois of Mandarin and the Hokkien dialect, Wang’s seafood hawking quickly went viral. Known by his moniker “fishmonger bro,” Wang is prone to answering questions that he thinks are stupid with strings of obscenities, like when someone asked whether the fish he was holding was male or female. He is also not averse to stunts, like jumping into the pond while live streaming from the fish farm.

“Part of the reason for my popularity could be that people had nothing to do during the lockdowns,” he said in an interview with Pinduoduo. “They like my grassroots style and probably want to see how I respond to those silly questions.”

Wang has also gone on Chinese livestreaming app Inke and sold 300,000 yuan ($44,000) worth of frozen durian and tee-shirts with his portrait during that session.

In his first stream on Facebook, Wang was surprised that thousands had tuned in, and even more astonished that he managed to sell more than 3,000 fish in just a few hours. He and his wife spent that night manually writing down the buyers' addresses and phone numbers so that the orders can be delivered.

While that is a far cry from the seamless transactions seen on e-commerce platforms in China, where live commerce has exploded in popularity, it also attests to the potential that this interactive sales channel would catch on in other countries.

Live shopping, as it is also sometimes called, generated $60 billion in global sales in 2019 and should almost double this year, according to Coresight, a marketing research firm. The coronavirus pandemic is playing its part in accelerating changes in online habits. With hundreds of millions of consumers spending more time at home, shopping has also migrated online at a faster clip, with live commerce offering a more interactive and real-time purchase experience.

For Wang, the sudden success from livestreaming – he says he now earns three times more than when he was performing on the getai circuit - has capped a heady rebound from a few years back when the self-confessed gambling addict hit rock bottom. He has appeared in an 11-minute video persuading others to stay away from gambling, using his own story as a warning.

Over the years, Wang had gambled away the money from the sale of the family apartment, pawned his wedding ring, and stole money from his mother that was meant for her medical treatment. He has tried to quit many times but invariably relapsed. He was deep in a gambling binge when his mother died in hospital. “That was my biggest regret in life,” he said.

During the 2014 FIFA World Cup, Wang was making a movie in Malaysia and initially resisted the temptation to gamble on the soccer matches. But in the end, he succumbed to the “beckoning demons” and lost more than $30,000 in two days – money that was meant to repay the loan sharks.

Feeling despondent that he had once again let his family down, Wang was contemplating suicide when his wife called him on his phone and talked him off the edge of a building. “She has always stood by my side despite my repeated mistakes, and it was her words that pulled me back from the brink of committing suicide,” he said.

Wang says he is determined not to squander this shot at turning his life around.

“This is the best moment in my 60 years, I have both fame and fortune now,” said Wang, who has adult children and is a grandfather. “I have turned a crisis into an opportunity.”

Asked if he had any message to people who were struggling through the coronavirus pandemic, he said: “I want to let young people know that as long as you stick to it, there’s nothing you can’t achieve.”