How Covid-19 is closing the fashion runways

How Covid-19 is closing the fashion runways 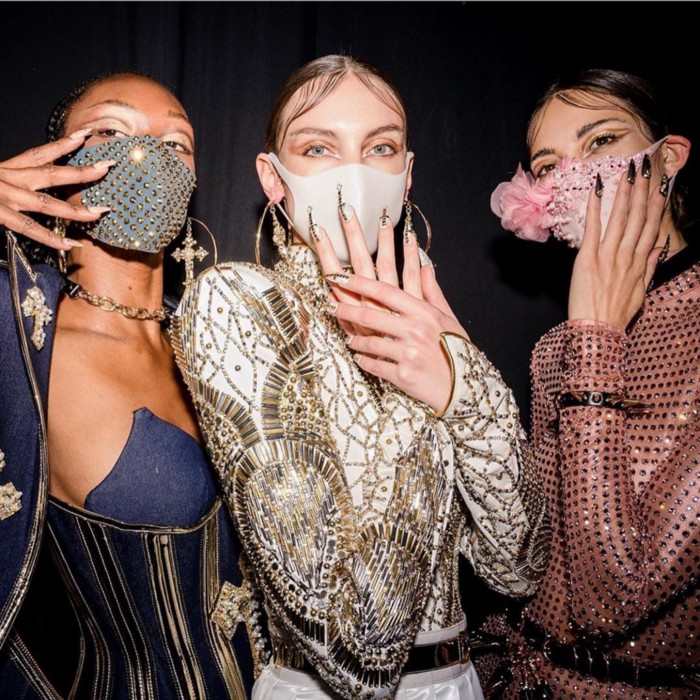 There’s no skirting around it — 2020 is shaping up to be a lean year for the fashion industry, with the luxury sector being particularly exposed to the fallout from the Covid-19 pandemic.

Apparel demand has unraveled as consumers hunker down at home and shelter-in-place. With no office to go to, regular workwear needs have now given way to comfortable pajamas and “soft pants”, while medical supplies and food are being prioritized over new threads. Data from Amazon, the e-commerce giant, shows an average year-on-year sales decline of about 41% across apparel, footwear and accessories.

Luxury brands are in an even worse position. Boutiques on Main Street remain shut. Yet online penetration of the luxury sector stands at just under 10%, about one third that of the broader fashion industry.

As such, luxury brands could lose up to €40 billion ($43.7 billion) in sales this year because of the coronavirus, according to a survey of luxury CEOs and CFOs by Altagamma, BCG and Bernstein.

Not only has demand been pummeled by the macroeconomic storm, any buyers still in the mood to shop are primed for a rummage through bargain bins as retailers work desperately to offload their inventory and raise cash.

Multibrand luxury e-tailer Net-a-Porter has put 30% of its assortment on discount , which is roughly triple the breadth of a year ago. The level of discounting has also risen above 50% compared with less than 15% this time last year.

Other luxury retailers like Selfridges and Farfetch have similarly increased the breadth and depth of their discounting.

Moving upstream, the wholesale market from which the retailers source their inventory from is similarly feeling the impact of the pandemic. The buying largely takes place offline and around the trade shows and major fashion shows put up by brands.

Luxury brands have already had to cancel their cruise collection runway shows. Many shows at the Milan Fashion Week were either canceled or livestreamed. The Paris and London Men’s Fashion Week have been canceled, as have other major watch and jewelry fairs such as Baselworld and SIHH.

Although virtual showrooms are not new, the massive disruptions wrought by the pandemic are forcing buyers to adapt and accept the digitization of B2B sales in the fashion industry. Michael Burke, Chairman and CEO of Louis Vuitton, told WWD that “in the future, you’re not going to have to come to every showroom.”

“Pre-collections, once you get used to doing it online, they’ll be just as well done as if you had been there in person,” he said.

One beneficiary is digital B2B wholesale marketplace Joor, which saw a growth of 2.5 times their usual increase in gross merchandise volume during Paris Fashion Week alone.

While greater digitization may be a silver lining for the industry in this crisis, there are further ramifications over the longer term that are worth paying attention to.

The inventory glut that brands are facing now will force them to be more conservative about their autumn and spring production runs, if they are even able or planning to produce the autumn season in the first place.

For the likes of Chanel and Gucci who own their own factories in Europe, being vertically integrated allows them to start and stop production with greater flexibility.

However, over 40% of global luxury-goods production happens in Italy, which has been particularly hard-hit by the virus. All Italian factories, including small, family-run façonniers famous for their traditional craftsmanship, have shut down their operations temporarily. It remains to be seen how many will be able to reopen after the pandemic comes under control.

For now, the fashion industry is rushing to control its expenses and hold onto cash.

As data from industry platform Edited shows, production of new clothing styles slowed meaningfully for the month of February in 2020 compared with 2019, as a lockdown in China disrupted factory production.

However, the knock-on effects from cancellations are also starting to be felt, with the steeper-than-usual decline in new styles in late March.

As many as one million Bangladeshi garment workers have been laid off or furloughed as a result, representing about a quarter of the country’s total garment manufacturing workforce.

McKinsey estimates that as much as 80% of apparel and luxury companies in the US, Canada and Europe could be in financial distress should lockdowns extend to two months.

During the 2008 global financial crisis, approximately 300 fashion companies declared bankruptcy in the US alone. As such, there will likely be a wave of consolidation in the industry, and the players with a stronger financial position in the luxury sector might see this as a good opportunity to snap up smaller houses at a bargain.

Regardless of how the dust settles, one thing is for sure — the fashion industry isn’t looking good.