How China's digital farmers can grow a post-COVID-19 future

How China's digital farmers can grow a post-COVID-19 future 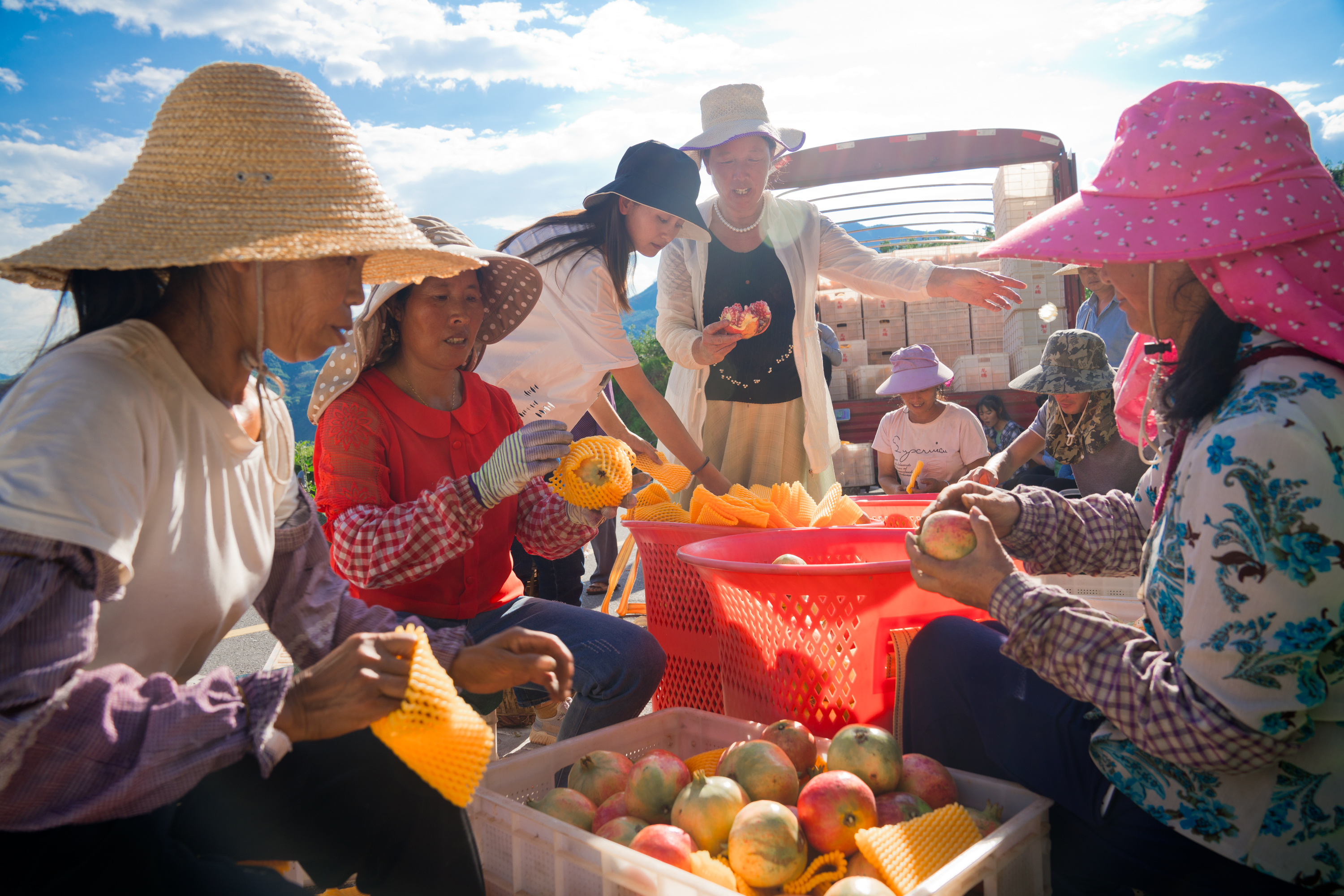 At the beginning of 2020, China’s central government announced plans to pilot a “digital village”. It’s the country’s latest push towards a “Digital China” since the information consumption policy of 2013, which promotes the use of information technology to stimulate more domestic consumption, leading to a boom in the mobile internet-driven economy.

According to the China Internet Network Information Center (CNNIC), as of March 2020, China had the world’s largest online population (903 million people) with the percentage of those using mobile phones to go online exceeding 99%. For many people in China, especially in rural areas, a consumer’s first internet experience is often via mobile rather than desktop. In fact, farmers have been quick to adopt a digital lifestyle, using mobile payments and online video entertainment. In some areas, the extent to which villagers are connected to the internet is greater than in large cities.

Mobile payment is more popular – to the surprise of many – in China’s underdeveloped western regions than its coastal cities. As early as 2014, the Tibet autonomous region led the country in mobile payment adoption, which was followed by the remote provinces of Shanxi and Ningxia. In these provinces, a higher percentage of the online transactions were paid by consumers with mobile devices, way ahead of the cosmopolitan cities of Beijing and Shanghai.

In the following years, Tibet remained at the top of the ranking and in 2016 was the first province to reach a mobile payment rate of 90%. The reason is quite understandable: there is a lack of bricks-and-mortar retail infrastructure and a banking system in those regions, so the people there turn to online shopping and mobile payment more frequently for the products they try to find.

In more recent years, the mobile internet and digital technologies have had a profound impact on China’s rural economy:

1. More farmers can become e-commerce entrepreneurs. In China, mobile internet creates jobs in rural areas, turning farmers into online vendors. For example, Chinese fruit farmers used to sit and wait on the side of the roads for buyers, but few motorists stopped to buy because most traffic had moved to newly built motorways. The farmers frequently had to dump rotten grapes and oranges on the roadside. Now a rural entrepreneur only needs to have a 20-square-meter space, a second-hand computer (or, even better, a smartphone) and a basic internet connection to become a global retailer.

When new channels are created to transport farm produce to cities, every farmer can be an online merchant as the demand in cities for fresh, safe agricultural products grows rapidly – a trend expedited by the COVID-19. With social media messaging and payment infrastructure provided by major platforms including Alibaba and Tencent, farmers can easily handle large trade volumes for customers from every corner of China and even reach global markets.

2. Digital infrastructure upgrades continue to bring more digital tools to farmer entrepreneurs. During the 2020 coronavirus pandemic, Chinese small merchants – including many with little or no previous online presence – have flocked to video streaming to boost sales at a time consumer habits are changing faster than ever.

Interestingly, selling local products via livestreaming on ecommerce channels is gaining strong momentum in rural markets. This is partly because new media platforms have an abundance of easy-to-use video tools meaning farmers can conveniently add videos to their marketing. In addition, live streaming provides an instant and interactive way for Chinese consumers who enjoy the novelty of discovering locally grown or made products from rural villagers.

3. Digital technologies are transforming traditional agriculture industry models and making farming business more profitable. For historical reasons, China has relatively less arable land per capita, unlike countries like the US, where large-scale farms are prevalent and the production and transportation of agricultural products could be highly industrialized. In China, farmers can go to social e-commerce platforms, such as Pinduoduo, where the aggregated user interests and demand could be relayed to them and they can adjust their production and sales plans accordingly.

The farmers can use those platforms to aggregate larger volume orders for their products. The large demand helps the farmers to be less dependent on distributors and makes it possible for them to sell directly to consumers. Meanwhile, the digital platforms can develop robust user profiles to provide information about market demand that was previously inaccessible to farmers. As a result, farmers can earn more thanks to lower distribution costs and larger orders. (This is known as the “C2M” or consumer-to-manufacturer model.)

However, the country still has hundreds of millions of non-users – mostly villagers – to convert. Indeed, China’s internet penetration rate had reached just 64.5% by March 2020, which puts the country only modestly ahead of the world average. Furthermore, the growth in connections has tapered off in recent years in large part because penetration in rural areas is significantly behind that of the cities.

As such, future internet penetration in rural China will require substantial investments in the network infrastructure in remote areas and the “digital village” initiative provides the financial and organizational support from the central government. When integrated into the digital system, the once unconnected are not merely first time online entertainment consumers and mobile payment users; they can become mobile economy entrepreneurs themselves.

Therefore, China’s pilot “digital village” may also become a valuable reference for the world to close the digital gap. When governments across the continents focus on the digital transformation of their rural economy, the farmers may generate new productivity that is much needed by the pandemic-stricken global economy.

‍This article was originally published by the World Economic Forum. The views expressed in this article are those of the author alone.