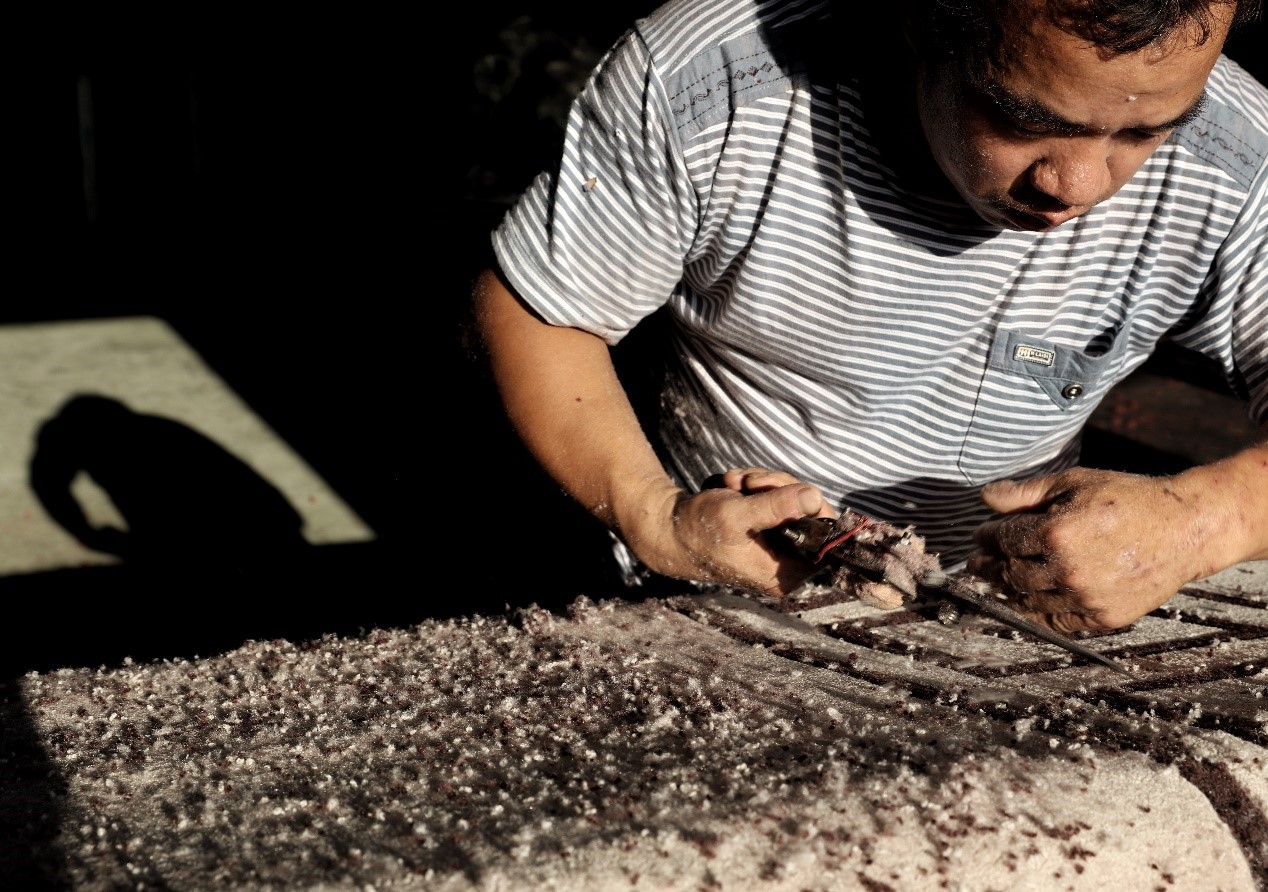 Liu Mingjun, 31, hails from a carpet-making family in Cuihuangkou, a town located about 30 miles north of Tianjin that is known as the “carpet capital” of China. When she returned home from her studies in Canada five years ago, the family business exported 100 million carpets but had no online sales presence.

After initially trying to set up a standalone portal selling carpets, Liu decided to focus on third-party e-commerce platforms like Pinduoduo instead. Last year, domestic sales reached 30 million carpets. That helped to blunt a decline in export orders, which saw overseas sales fall to 50 million carpets.

But exporting carpets and selling to local consumers are two different ballgames, according to Liu. “The former emphasizes technical expertise, the latter values variety and design,” she said. In the context of manufacturing, that has meant shifting from mass production to smaller-batch production of multiple designs.

Liu’s experience reflects some of the hurdles that export-oriented contract manufacturers must surmount to cater to the rapidly changing demands of local consumers.

There are huge rewards in store for those who get it right.

Domestic carpet sales have doubled between 2011 and 2018 to 682 million square meters, as floor coverings become less of a luxury item and more of a normal household good. In China, household demand accounted for 20.3% of total country sales, compared with more than 60% in the U.S., suggesting future growth potential, according to Zhiyan Consulting, a market research firm.

Liu's hometown, Cuihuangkou, has a long history of carpet making.

The town produced its first carpet for Emperor Kangxi (1661-1722), and much later, for the Empress Dowager Cixi during the waning years of the Qing Dynasty. In the early 19th century, Oriental rugs were all the rage in the West, and foreign merchants bought up old carpets from Beijing and northwest China to ship them back home through the Tianjin port.

It did not take long before these enterprising merchants thought of opening workshops in Tianjin to produce these carpets. After the First World War, Tianjin had more than 300 carpet factories, most of them owned by foreign investors.

The carpet industry underwent a technological upgrade in the 1990s as the development of the hotel and real estate industries created demand for carpeting. From producing a few centimeters by hand per worker per day, the introduction of machinery automated many processes and increased productivity dozens of times. By 2010, a machine can produce 2,000 square meters of carpet a day.

Today, the majority of Cuihuangkou’s resident population of 20,000 are involved in the carpet industry. The average monthly wage stands at about 5,000 yuan, higher than the average salary in the area. In 2018, the town produced almost 2 billion yuan worth of carpets.

Like many other single-industry towns, the manufacturers in Cuihuangkou are trying to diversify and reduce their dependence on export orders. In recent years, the more entrepreneurial among them have taken advantage of the boom in e-commerce to bypass intermediaries to sell directly to consumers in the domestic market.

To help export manufacturers in various industries pivot to the domestic market, Pinduoduo launched a program in December 2018 with the aim of supporting 1,000 factories in developing their own brands. Pinduoduo shared customer insights and consumption patterns from its e-commerce platform to support the factories in fine-tuning their products. The direct-to-consumer model also removes layers of intermediaries, resulting in a virtuous circle of cost savings leading to lower prices, which in turn generates more demand and economies of scale.

Zhang Hongyuan was one of the earliest merchants to see the potential of e-commerce and set up a store on Pinduoduo. Today, he averages 20,000 orders a day and has employees showcasing and explaining the attributes of various carpets to consumers through livestreaming.

Along the way, he has had to change his business strategy. Gone is the export strategy of trying to maximize the profit margin with each order. Instead, Zhang now aims to create the economies of scale with value-for-money products.

For Liu, the per-unit costs began to come down as she increased sales by offering value-for-money products. With scale, the factories received large and stable orders, while courier expenses also declined with volume, she said.

And unlike the export business where the specifications are dictated by the buyers, Liu has learned to be nimble in the retail trade and fine-tune her products to cater to consumer needs.

For instance, the most popular models for online retail sales are velvet crystal rugs, which are inexpensive, come in different prints and designs, and are easy to clean, according to Liu. She is considering doing away with the border and increasing the thickness of the rug, which would reduce the cost by three yuan per meter but still satisfy consumer needs.

After a slow first half due to the coronavirus outbreak, she is anticipating a boom in orders as things get back on track.