From underground pipes to last-mile robots, five green delivery solutions to watch out for

From underground pipes to last-mile robots, five green delivery solutions to watch out for 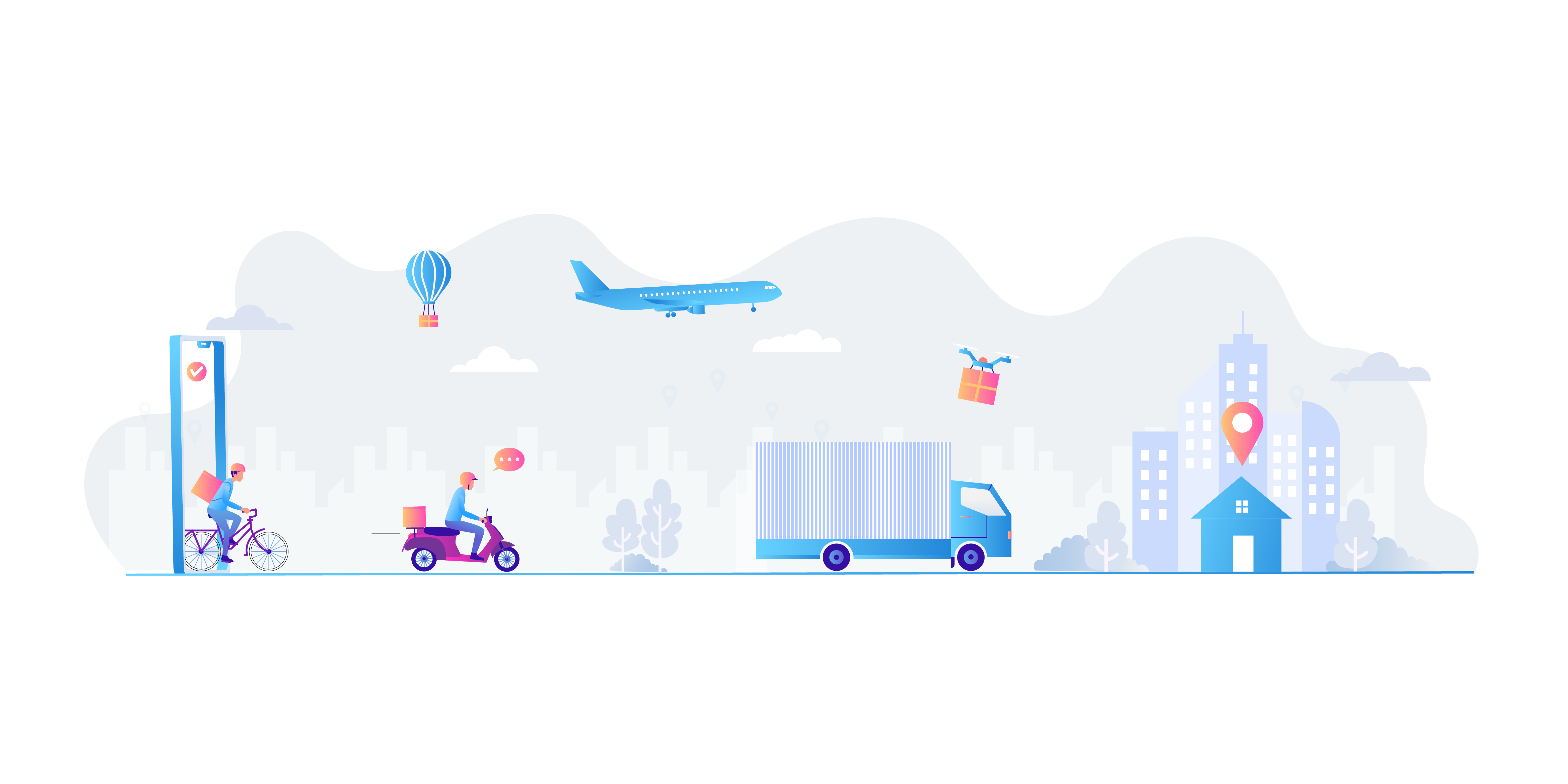 In part 3 of our series on e-commerce and its impact on the environment, we look at how the industry is racing to create more eco-friendly transportation. Here are five that caught our eye.

Currently responsible for around a third of all road transport CO2 emissions, trucks and heavy goods vehicles (HGVs) are a big petrol-hungry problem when it comes to creating greener deliveries. A report by the World Economic Forum predicts the problem will worsen with a third more delivery trucks on the roads by 2030 delivering 78% more packages. The race is on to create net-zero trucks that can minimize the impact on the environment.

Among the contenders is Tesla with its semi-electric trucks. Beset by delays in the four years since it first unveiled the prototype, it now looks like Tesla could fulfil first orders for the truck later in 2021, with the likes of PepsiCo taking 15 of the first batch. Although the full specifications of the truck are yet to be confirmed, it is believed to be capable of carrying 36 tonnes, and travel up to 500 miles on a single charge. Price tag: $150,000 to $180,000.

Plenty of companies are chasing the same goal. In November, DHL unveiled its first fully-electric, 16-tonne vehicle in the West End of London, which can run for up to 120 miles on a single battery charge. Two months earlier, Scania revealed its first range of electric trucks.

Those living in the UK town of Milton Keynes may well have spotted some small white six-wheeled new arrivals in the last few months. From December 2020, UK grocer Tesco announced that autonomous robots created by Starship Technologies would be fulfilling last-mile orders of its groceries for those living in the area, carrying shopping bags from no less than eight different convenience stores.

Created in 2014 by the co-founders of Skype, the bots are already up and running in several other cities around the world, delivering takeaways and groceries to students on campus in Wisconsin and Houston, and residents in Dallas and California, with one million autonomous deliveries completed as of January 2021. They are one of many similar projects taking place around the world to try to solve the last-mile delivery leg.

Able to travel between two and four miles, the Personalised Delivery Devices (PDDs) can carry up to three full shopping bags, say their creators, and emit zero carbon. They won’t replace trucks, of course. But by deploying them in local areas, the company says HGVs can ditch the need for multiple stops and unload their cargo at one local hub instead, with the rest fulfilled by the fully-electric powered PDDs.

Rather than solve the problem of e-commerce deliveries above ground, UK start-up Magway has opted to take a different route. The company has created a model for an underground pipe network powered by electromagnetics – no driver, no fuel, no emissions – that it says would be capable of transporting the equivalent load of 40,000, 40ft HGV containers per week, per pipe.

The company says it's looking to prove the concept via a series of shorter routes starting in West London, with talks underway for a nine-kilometre pipe stretching from Willesden Junction to the Thames, via Westfields, Olympia, Earl’s Court, Shepherd’s Bush and Paddington. A route that would serve more than 400,000 households and more than one million people, it claims.

Think of it as a 21st century update of the pneumatic tube networks, which were systems in the late 19th and early 20th centuries to serve settings that needed to transport small packages over relatively short distances, such as offices and hospitals.

Years after it first began touting the potential in unmanned delivery, Amazon finally received regulatory approval to operate its fleet of Prime Air drones in August 2020. The retailer first began testing delivery drones all the way back in 2013, with the hope of whizzing parcels to customer doorsteps in 30 minutes or less, focusing on areas with low population density and small packages weighing 30Ibs or less.

Even now don’t expect to see a drone dropping off your Prime packaging anytime soon though. The company says it is still testing and refining the technology, though has said backing from the regulator will allow it to begin trialling customer deliveries.

It isn’t the only company putting its faith (and funds) in drones though. Alphabet-owned drone delivery company Wing is already making hundreds of deliveries in a few select areas, including Finland and Australia, where it’s been given the green light. In China, delivery drones have also been tested by companies in remote areas that are less accessible by road.

The pandemic has fuelled a “significant” increase in demand, says Wing, with thousands more shoppers placing orders via its app and awaiting speedy deliveries by the vehicles, which can travel at speeds of around 65mph. And UPS too is hoping to roll out commercial drone deliveries in the near future, after securing approval from US authorities in 2019.

It may not be quite as hi-tech as other innovations in the green delivery space, but don’t underestimate the potential in an electric delivery bike, say its backers. In fact, in launching a pilot of four of its e-Cargo cycles in Miami in 2020, DHL said that these low-power last-mile vehicles had the potential to cut 101,000 kilograms of carbon dioxide equivalent annually, with each bike taking a conventional delivery van off the road.

The logistics company went one step further in New York City by rolling out Cubicycles, cargo bikes largely propelled by manual peddling but with the additional ability of generating up to 250 watts when their electric pedal assistance is activated. With two built-in batteries, the bikes can travel up to 50 kilometers per day, and are now wheeling around several global cities.

Though few logistics companies are relying solely on cargo bikes as yet, they’re winning support in some places. In France, the government just announced a package of subsidies that will reward companies for delivering parcels using the eco-friendly alternative.