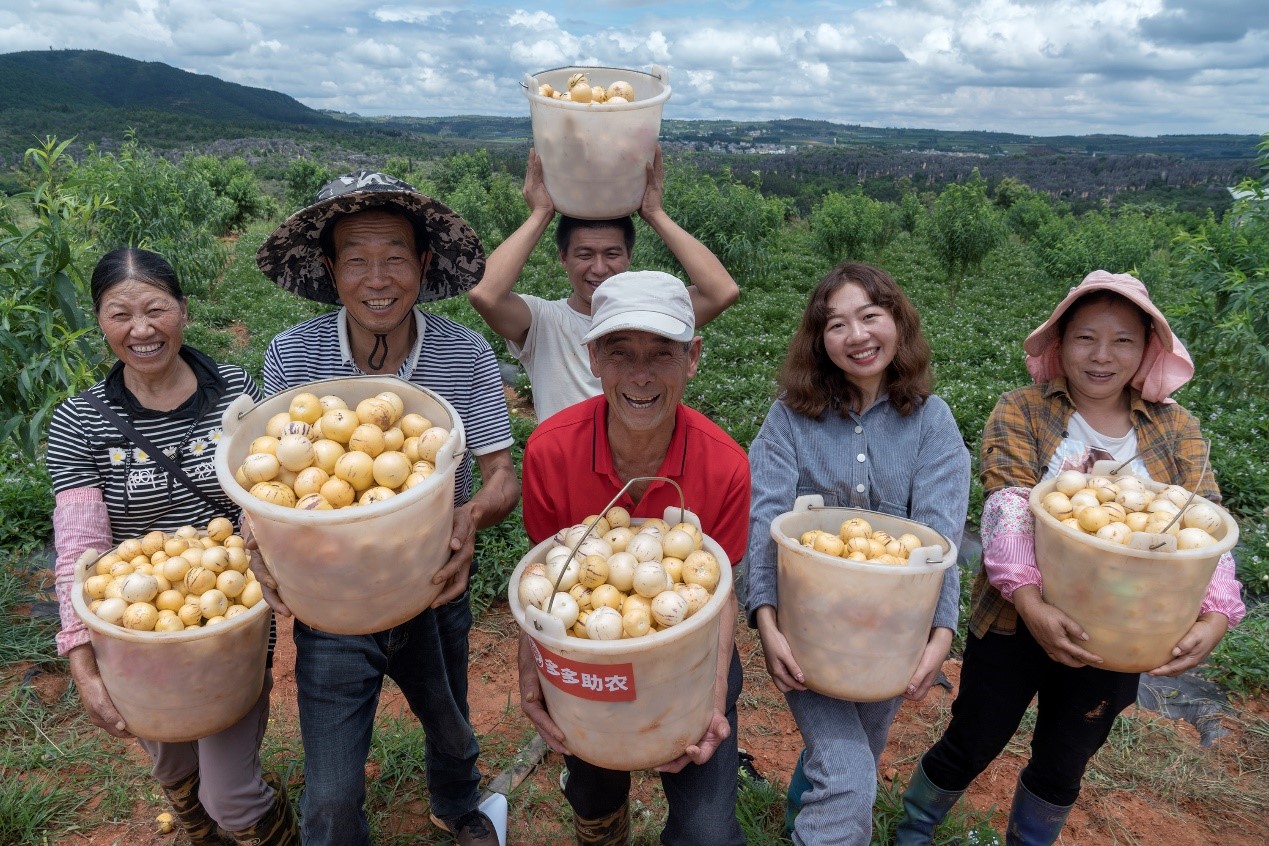 China unveiled its first policy statement under the new Five-Year Plan period starting this year, highlighting rural vitalization and the modernization of agriculture as its top tasks.

As the first policy statement released by China's central government each year, the "No. 1 central document" is seen as an indicator of policy priorities. Work on agriculture and rural areas has topped the government agenda for 18 consecutive years since 2004.

Last year, China completed an eight-year drive to eradicate extreme poverty in the world’s most populous nation, a key goal of the previous Five-Year Plan. The priority in rural work has now shifted to modernizing the rural economy, with the document highlighting tasks such as building infrastructure for information technology, promoting agricultural technologies and building modern breeding systems.

China has strengthened its focus on food security with the pandemic hitting major food exporting nations. “The uncertainty and instability of the external situation has increased significantly. On grain security, we must not take it lightly for one moment,” Tang Renjian, the agriculture minister, told a media briefing on Monday, noting that China’s population was still increasing.

The annual rural policy blueprint lists the targets and tasks concerning agriculture and rural areas for 2021, as well as a broader vision for the period up to 2025.

Below are the key points stated in the document.

• This year, the country will keep its sown areas stable, with the grain output to exceed 650 billion kilograms. It will further improve the quality of agricultural products and food safety, and ensure that the growth of farmers' incomes outpaces that of urban residents.

• By 2025, China will see substantial progress in the modernization of agriculture and the countryside, with achievements seen for a more solid agricultural foundation, a narrower income gap between rural and urban residents, and basically realizing agricultural modernization where conditions permit.

• China will set a five-year transition period for counties that have shaken off poverty and gradually shift the policy focus from poverty alleviation toward comprehensively promoting rural vitalization.

• The country will continue to consolidate poverty alleviation outcomes, promote rural vitalization in areas that have shaken off poverty, and strengthen assistance for low-income rural residents on a regular basis.

• China will continue to provide assistance to people with employment difficulties. It will also continue to improve mechanisms such as east-west cross-regional collaboration, while creating more jobs locally for people who have shaken off poverty.

• The protection, development and utilization of agricultural germplasm resources should be strengthened and the implementation of major scientific and technological projects in agricultural biological breeding should be accelerated.

• The document emphasizes that the country must retain a "red line" of 1.8 billion mu (120 million hectares) of arable land. The construction of 100 million mu of high-standard farmland with high and stable yields regardless of drought and flood will be complete this year.

• Efforts should also be made to strengthen the support provided to modern agriculture by science, technology and equipment, to establish agricultural modernization demonstration zones, with the total number to reach about 500 by 2025, and to advance the green development of agriculture

• The country will accelerate rural planning and basically complete the preparation of county-level territorial spatial planning in 2021. It will protect traditional villages, traditional houses and famous, historical and cultural villages and towns.

• The country will promote rural consumption. It will accelerate the improvement of the rural logistics system, promote e-commerce and build agricultural products storage and cold chain logistics facilities to help direct sales of agricultural produce from their original production locales.

For a link to the original document in Chinese, click here.