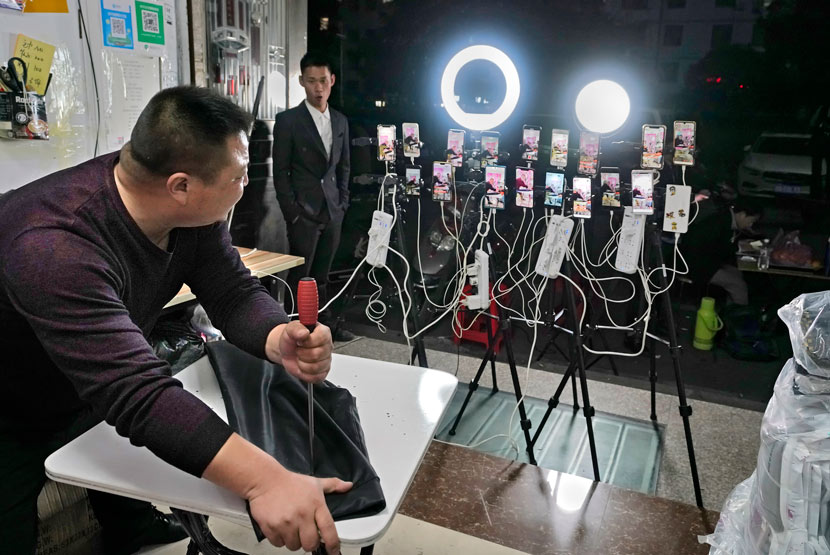 China’s market regulator introduced new rules to clarify the responsibilities of platform companies involved in e-commerce business, including sales via livestreaming and social media, as the world’s largest e-commerce market steps up efforts to bring more order to the booming sector.

The State Administration for Market Regulation unveiled rules March 15 to regulate transactions made online, requiring platforms and merchants to comply with the responsibilities described in the regulation, which builds on China’s Electronic Commerce Law that came into effect in 2019.

Livestreaming and social e-commerce has stimulated new online business while also posing new regulatory challenges. According to a report by EqualOcean, the livestreaming market is estimated to be worth more than 80 billion yuan ($12 billion) in 2021 and will break the 100-billion-yuan mark by 2023.

To regulate the fast-rising livestreaming and social e-commerce fields, the rules require platforms to keep recordings of the streams for at least three years after the live cast as a transaction record to better protect consumer rights.

The rules also require online platforms to gain user consent for the collection and utilization of personal information including biometric data, medical and health information, and financial accounts.

Other highlights of the regulation include:

• Platforms should not prohibit merchants from carrying out business activities on more than one platform. It also prohibits practices that facilitate “forced exclusivity,” including suppressing product listing rankings of merchants who decline to sell exclusively on one platform, removing or blocking such online stores, and raising service fees for such sellers;

• The rules ban services that engage in misleading practices such as falsifying selling volume and audience numbers, or promoting favorable reviews over others;