Can this centuries-old agriculture technique in Asia help farms affected by climate change?

Can this centuries-old agriculture technique in Asia help farms affected by climate change? 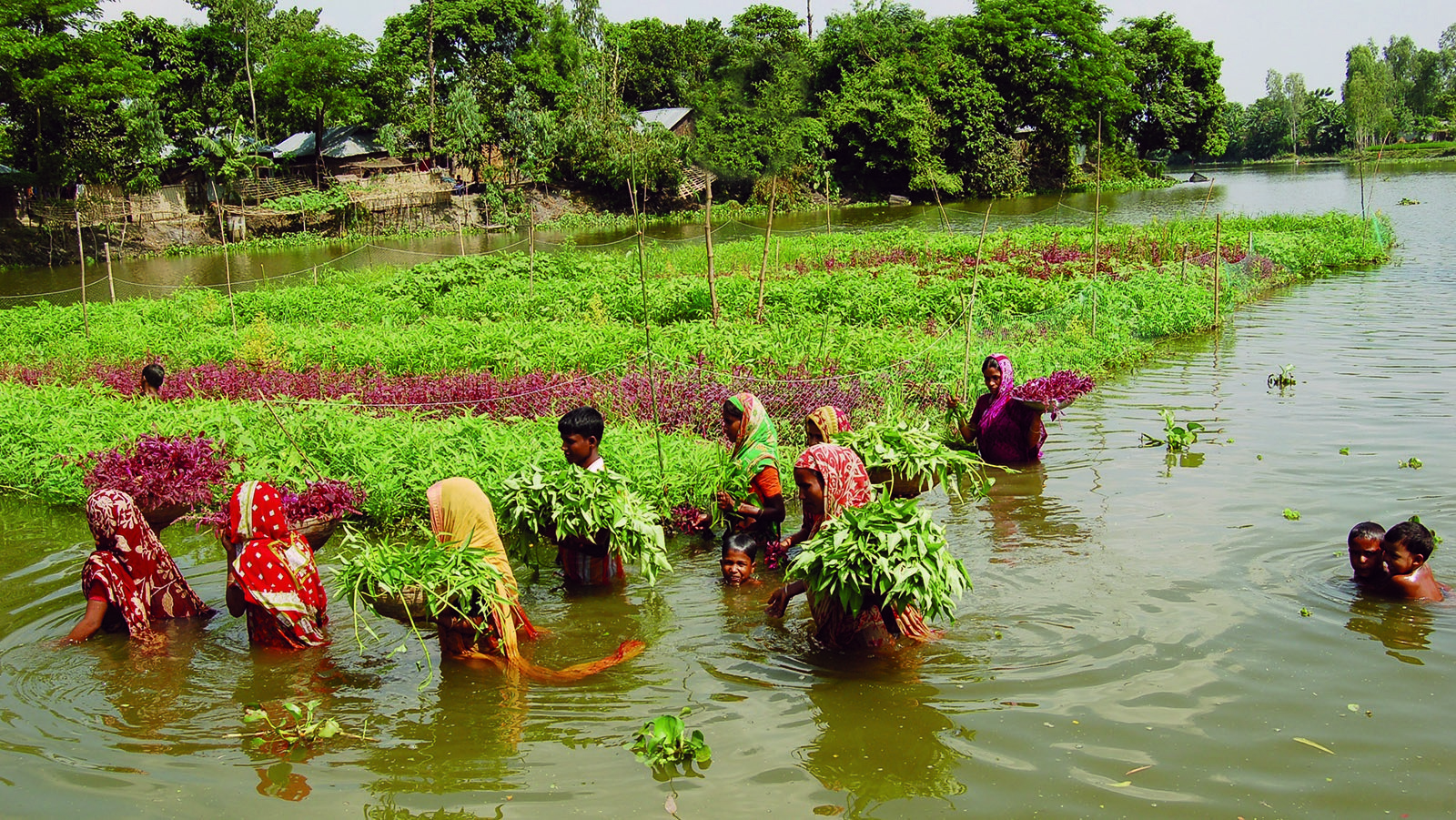 Can a long-established farming system practiced in Bangladesh offer a sustainable solution for parts of the world prone to flooding due to climate change?

Researchers at The Ohio State University think so. In a study published recently in the Journal of Agriculture, Food and Environment, the researchers suggest that Bangladesh’s floating gardens might not only reduce food insecurity but could provide income for rural households in flood-prone parts of the country.

Bangladesh’s floating gardens began centuries ago. The gardens are about three feet deep and constructed from layers of water hyacinths hemmed together into rafts, rising and falling with the waters. They are used to continue growing food during the rainy seasons when the rivers swell with waters from the Himalayan snow melt and monsoon rains.

The floating gardens work as a closed microhabitat where crops take in the nutrients released by the water hyacinth as it decomposes - think of them as nature's timed-release fertilizer. This makes the floating mats very fertile and capable of producing a wide variety of produce—from okra, red amaranth, cucumber, Indian spinach, turmeric, and aroid.

The Food and Agriculture Organization of the United Nations designated the floating gardens of Bangladesh a globally important agricultural heritage system, one of 62 systems in 22 countries that combine biodiversity, resilient ecosystems, and tradition and innovation in a unique way.

Bangladesh is extremely vulnerable to severe flooding given its low-lying geography located on the alluvial plains of two large river systems, the Ganges and Brahmaputra. It is also prone to cyclones sweeping across the Bay of Bengal. Climate change is expected to deepen the environmental threat faced by families in the country’s poorest communities.

For the study, the researchers interviewed farming families who use floating gardens. One farmer told the team that he earns up to four times as much money from the gardens as from traditional rice paddies.

“They’ve got to be able to grow specific crops that can survive with minimal soil,” said Craig Jenkins, a co-author of the study and academy professor emeritus of sociology at The Ohio State University. "And in Bangladesh, a lot of small farmers that had typically relied on rice crops are moving away from those because of the effects of climate change and better returns from alternative crops."

Many farmers concentrate on rice cultivation during the first half of the year, and tend to their floating gardens during the rainy season between June and December. Fish also congregate around the floating rafts, giving farmers an added income stream and source of protein.

Interestingly, the ancient Aztec chinampas agricultural system of floating artificial islands in present-day Mexico is also on the FAO list of globally important agricultural heritage systems. The Aztecs planted corn, beans, squash, tomatoes, peppers and flowers on giant rafts called chinampas, made from sticks and held together by mud. Floating gardens are also in use in parts of Myanmar, Cambodia and India.

By using the global challenge of climate change to their benefit, floating gardens could also empower rural farmers who are most vulnerable to rising waters.

This article is part of an occasional series on innovative agricultural practices around the world.