Can the zero-waste grocery store ever become mainstream?

Can the zero-waste grocery store ever become mainstream? 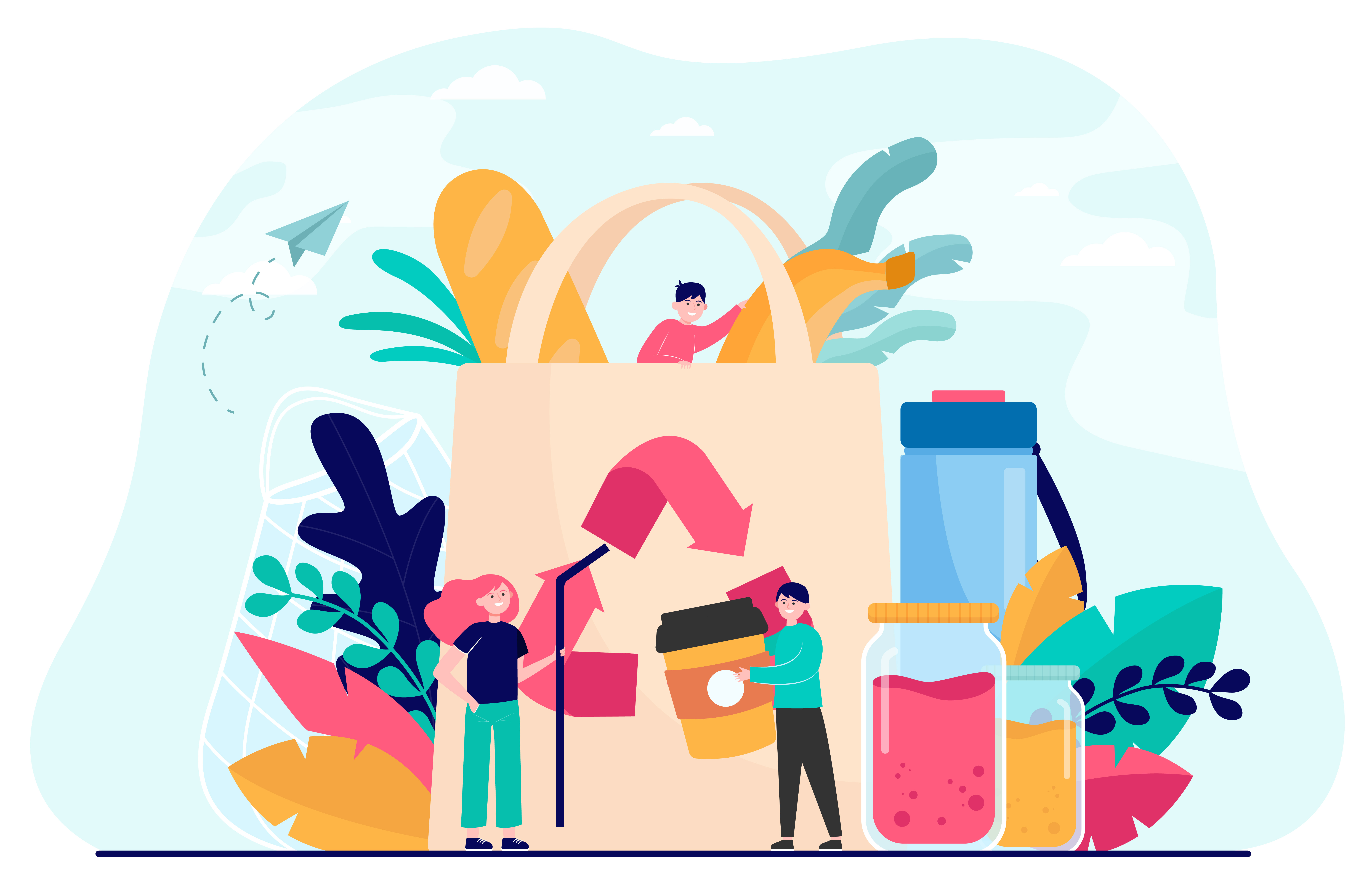 ‍In this fifth and final instalment of our series on e-commerce and its impact on the environment, we look at whether zero-waste grocery retail can become a mainstream model.

‍It’s a problem that has brands, manufacturers and supermarket bosses scratching their heads the world over: how do you create a zero-waste shopping experience?

Physical grocery stores are a repository for piles of cardboard cartons, aisles stuffed with single use plastic containers and flimsy carrier bags handed out for a few cents at the till. In fact, according to Greenpeace, supermarkets are where the average consumer encounters the most “throwaway plastics.”

In an in-depth report of the UK, the NGO found that seven of the top supermarket chains were collectively responsible for putting 59 billion pieces of plastic packaging — or 2,000 pieces per household — into the environment each year.

It’s not much better in the US. Food containers and packaging from supermarkets rank as the largest contributor to plastic waste, generating more than 82 million tons each year.

So, what’s the solution?

Physical retail will always be a big part of grocery sales. That is why many zero-waste efforts have focused on eliminating excessive packaging from stores. In 2018, what was reportedly ‘the world’s first plastic-free aisle’ opened in a Netherlands supermarket, with shoppers able to browse from 700 plastic-free products. Major grocers elsewhere in Europe took note, with the likes of Waitrose, Tesco, and Asda all trying zero-waste concepts: shoppers filling Tupperware with cereals, alcohol and cleaning products, or loading trolleys with fruit stripped of the stretchy plastic film.

In fact, the zero-waste grocery store has become something of a global trend, with the concept popping up from Brooklyn, to Sicily, Malaysia to South Africa, often targeting affluent shoppers with whitewashed walls and a stripped back selection of SKUs in tall glass dispensers. But could it ever become mainstream?

That UK supermarkets have kept their efforts to one or two aisles — and a few carefully selected products — suggests not. Plus, when COVID hit, serious questions were raised as to the safety of allowing shoppers to dispense their own unpackaged foods, or reuse Tupperware from home, with many zero-waste stores temporarily reverting to packaging items up in store.

Which begs the question, might online grocers have a better shot? An online model gives companies greater control over the whole process after all: there’s no clunky weighing or dispensing in stores, and it cuts out a big chunk of the supply chain too, eliminating the packaging that’s inevitably needed to store and transport items to supermarkets in the first place.

A number of new zero-waste concepts emerged last year during the pandemic. Among the most high profile of them is Loop: a global shopping platform aimed at eliminating waste that launched in the UK a year ago, and provides online consumers with access to hundreds of branded products in durable containers (delivered in reusable shipping tote bags) that can then simply be sent back to be professionally cleaned and reused.

Since its launch in partnership with Tesco in 2020, Loop “has delivered thousands of online grocery orders to over 500 different towns and cities across the UK,” says the team’s Alyssa Cau. Loop is now available in France, US, UK, Canada and will soon be launching in Japan with Aeon and in Australia with Woolworth's.

“From a partnership point of view, we currently have over 150 major consumer product companies either shipping or developing over 500 products and 15 major retailers have joined, including QSR chains like McDonald's and Burger King,” she adds. Think Haagen-Dazs ice-cream in sleek steel containers, Milka biscuits in cute pots in its signature purple, and Pantene shampoo in contemporary gold dispensers.

Other companies are also trying out a “return, refill, repeat” online model. In 2020, recipe delivery company Abel & Cole announced the launch of “Club Zero,” a way for its customers to order popular pantry items, like cereals, rice, pasta and pulses, and have them delivered — alongside their weekly recipe box — in returnable, refillable pots. Once empty, the pots can simply be collected and reused again and again, says the company. And at UK-based EcoRefill, deliveries of organic groceries and sustainable beauty products arrive at shoppers’ doorsteps in reusable and returnable packaging.

Other online stores have taken a slightly different route. In January 2021, for instance, LA startup Zero launched its own online service. For $25 per month, members get access to free delivery of products from suppliers local to the San Francisco Bay Area, all chosen for their sustainable credentials, and plastic-free packaging. There isn’t the option to return containers though. There’s certainly appetite for the concept, with the company raising $3m ahead of its US launch.

Most of the startups in reusable packaging are aiming for scale at this stage of their development. For without a large base of users embracing the concept, the zero-waste movement would not be economically feasible and likely remain a niche targeted at the affluent.

For Loop’s Cau, the sweet spot of zero waste will be finding a way to merge these closed-loop, online concepts with the reality that most of the food shopping still takes place in physical stores. Loop is set to launch inside Tesco stores later this year, and the concept is already up and running at selected Carrefour stores in France. “To be successful, circular systems need to offer consumers an experience that is as good — if not better — than linear models.”