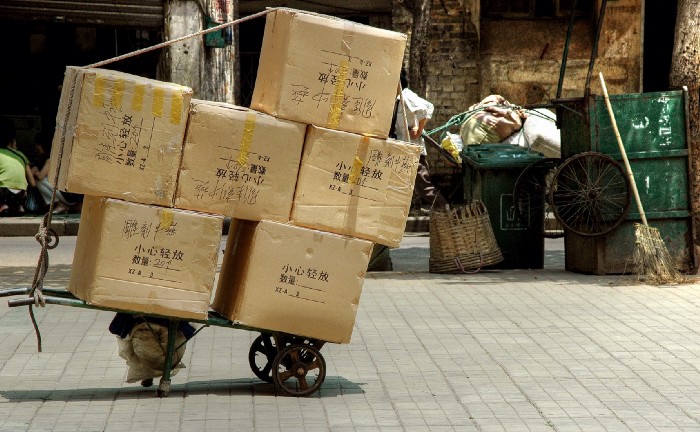 China was brought to a near standstill in the past two months as the country imposed widespread quarantine and other social distancing measures to stem the spread of the COVID-19 virus.

However, there were many in the e-commerce and logistics industries who worked through the crisis and raced against time to get essential supplies to those in need.

This is their story.

For Fang Yuan, the phone calls started during the Lunar New Year holiday, traditionally a slow period for e-commerce. They increased every day as angry customers demanded explanations for delayed shipments brought on by the outbreak of a new viral illness, later named COVID-19, that was then spreading through the nation.

“I had never seen so much turmoil and anger in my six years of e-commerce experience,” said Fang, a Chinese merchant who sells groceries and household goods on Pinduoduo (PDD), China’s second-largest e-commerce platform serving 585 million users. “Some customers wanted their shipment immediately, they chased me and quarreled endlessly.”

Among those complaining was Wu Mian, who would call Fang five times a day from Wuhan in Hubei province, inquiring about the face masks, alcohol, bread and other items she had ordered.

The authorities had locked down the city of 11 million on Jan 23, suspending flights, trains and buses to stem the spread of the virus to other parts of the country.

Wu is among the more than 800 million people who buy goods and services online in China, helping create the $1.5 trillion e-commerce market, according to official data. Many of them have come to depend even more on online marketplaces during the COVID-19 crisis for essential supplies and protective medical equipment, especially as many supermarkets and pharmacies had run out of stock.

The coronavirus outbreak, which has since been declared a global pandemic by the World Health Organization, tested China’s $213 billion logistics industry.

In the weeks leading up to March 8, the logistics industry had transported 173 million epidemic prevention and control materials, using 24,000 vehicles and 350 freight flights, according to the State Post Bureau.

To pacify customers, Fang, the e-commerce merchant, started offering refunds and discounts with the support of PDD, which directed resources to support front line relief efforts, stabilize prices of necessities and help with the recovery of merchants and business partners.

Fang also pestered security personnel to open the warehouse where she stored her goods so that she can fulfil the orders, but to no avail. They were under strict orders not to allow vehicles into the premises. She caught a break when one guard finally relented in the wee hours of one morning.

But Fang still had to get the parcels to the distribution center, from where they would be loaded onto trucks and delivered to their destinations.

She was lucky to find a delivery man with a tricycle as most have yet to return to work following the Lunar New Year break. Together, they loaded more than 1,000 packages onto the tricycle and before he sent them to the distribution center.

The disruption to logistics was most pronounced in the period from Jan 23 to Feb 28. By the second week of March, however, more than nine in 10 personnel in the postal and courier delivery industry have returned to work, according to the State Post Bureau in China.

The ongoing COVID-19 pandemic has shone a spotlight on e-commerce, which is playing an important role as an alternative channel for distribution of important supplies.

Pinduoduo, which competes with Alibaba and JD.com, shipped 19.7 billion parcels in 2019 as its order volume grew 77% year on year. That translates to 54 million orders a day.

Parcel and on-demand volumes are expected to grow at 22% CAGR from 2018 to 2021, according to Goldman Sachs, with the bulk of demand driven by consumers ordering goods online from major e-commerce players.

Housing these orders is a herculean task.

There are more than 1,600 logistics parks in China, according to 2018 data from the China Federation of Logistics. In the one that houses Fang’s warehouse, there are 128 other merchants who ship nearly 50,000 packages a day to various Chinese destinations, according to PDD data.

While merchants like Fang successfully managed to send packages during the lockdown to the distribution center, the next leg of the parcel’s journey would be similarly fraught with difficulty.

There are more than 30 million truck drivers in China who are hired by logistics companies to carry packages across provinces, according to data from Tsinghua University. But most of them were out of action during the coronavirus lockdown.

Zhao Huayue, however, was one of the few who agreed to make one last trip to Wuhan. A driver with Yunda Express for the last nine years, Zhao was carrying packages from Zhengzhou, the capital of Henan province, to Wuhan on Feb 6.

Since most trucking companies had stopped work, there was a shortage of drivers and trucks. Zhao said he accepted the freight run to the afflicted city because he wanted to help people get their orders during a time of crisis.

“Certainly my family members were opposed to it. So I lied to them,” said Zhao, who lives in Luohe city in Henan. “I told them I am traveling to the border area between Henan and Hubei.”

Because of the large number of packages, Zhao had switched to a 16-meter truck instead of his usual 9.6-meter rig. The expressways were under strict controls. Vehicles without a local license plate were not allowed to enter some cities.

Zhao found himself stranded in his truck on the highway for 16 hours as his Shanghai-registered vehicle was barred from entering Wuhan.

He rationed his dwindling supply of noodles and pies as he prepared for further delays. When he was finally allowed to drive into the city, he had to wait another 38 hours before the goods were offloaded at the distribution center.

Zhao slept in the truck and ignored the hunger pangs. All this while, he was fielding calls from the truck company asking for updates as customers bombarded the customer service team for information about their shipments.

“I told them ‘I know you are all worried. But I am in a worse situation and more worried’,” Zhao said. “There were 100 vehicles before me waiting to be unloaded.”

Once Zhao’s truck was unloaded, he drove back, but was stopped when he got closer to his home in Zhengzhou – the same local restriction on license plates kicked in. He was stranded for another four hours, not allowed in with its Shanghai plate, until his manager intervened.

It was an exhausting 72-hour journey when Zhao finally made it back home.

Delivery to Distribution: Clocking in 20K steps a day

Most distribution centers in China are owned by private companies with large warehouses where goods are sorted. Global package delivery company UPS, for example, has centers in excess of 200,000 square feet, according to Forbes.

Each of these facilities has many workers who collect, unload, distribute and reload goods from trucks.

One such worker is Guo Ying, who has worked with EMS Shipping in China for 10 years, most recently at its Shaanxi branch.

During the Lunar New Year festival, Guo had supervised 16 delivery trucks with two workers. By mid-February, she was working on more than 100 trucks with only eight workers.

She recalled that from Feb 8 to 18, the backlog was very high, and her co-workers were working overtime to get the trucks moving. The distribution centers had also imposed strict anti-epidemic measures, and “our employees had to go through rigorous tests to enter or exit the premises, and the trucks could only park on the driveway for a limited amount of time.”

“My home is far from my company,” she said. “It would be a big problem if it ran out of power halfway.”

Guo said her WeChat mobile app showed she was clocking more than 20,000 steps with each shift of more than 10 hours. She spent whatever time she had after work resting and catching up on sleep.

The bottleneck in deliveries gradually eased toward the end of February as more logistics workers returned to their stations.

The queue time at distribution centers began to decrease, merchants such as Yuan received incentive payments by PDD for their contributions, and logistics workers like Guo welcomed a vacation after three weeks of continuous work.

“This has been one of the most intense and trying periods we have undergone as a team,” Pinduoduo’s CEO Colin Huang said during a recent call with analysts. “As a platform that provides for the daily needs of nearly 600 million people, we shouldered great responsibility and pressure, as we raced against time to stabilize prices, source essential supplies and get them to those in dire need.”

(The following names have been changed in the story at the request of the interviewees – Wu Mian, Fang Yuan)