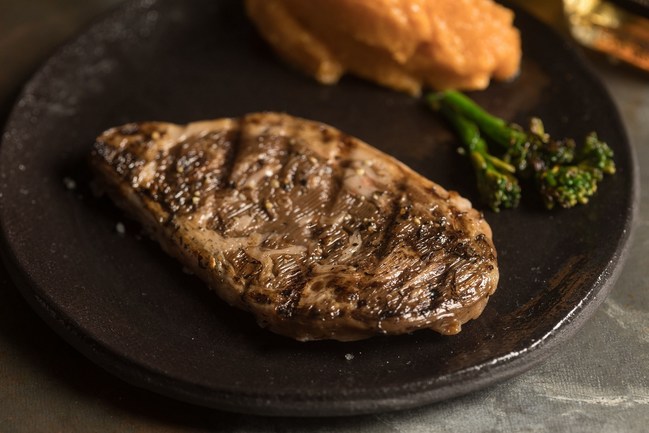 Unlike 3D printing technology, Aleph Farms' 3D bioprinting technology is the printing of actual living cells without any GMOs that are then incubated to grow, differentiate, and interact to acquire the texture and qualities of a real steak, it said in a statement.

"We recognize some consumers will crave thicker and fattier cuts of meat," said Didier Toubia, Co-Founder and CEO of Aleph Farms. "Additional meat designs will drive a larger impact in the mid and long term."

Aleph Farms' latest milestone comes on the heels of the backing of Israeli prime minister Benjamin Netanyahu, who tasted its cultivated steak in December 2020 in a strong show of government support for the burgeoning alternative protein industry, which had already been buzzing from the world's first regulatory approval of lab-cultivated meat in Singapore.

“It’s delicious and guilt-free, I can’t taste the difference,” Netanyahu commented after tasting the cultivated steak, before stating his hope that “Israel will become a powerhouse for alternative meat and alternative protein.

Aleph's proprietary technology used to grow the rib-eye steak marks another achievement for the food-tech startup, which has already developed a cultured thin-cut steak in 2018 without using 3D bioprinting.

Read: The race to produce the first lab-grown steak

Aleph Farms is considering Singapore and Japan for the launch of its scalable manufacturing platform, BioFarm, starting from the end of 2022, Toubia told FoodNavigator Asia in an interview.

In an interview with Pinduoduo's Agri Matters podcast last year, Gary Brenner, Vice President of Products and Market Development of Aleph Farms, said the target is to launch the first full-scale commercial product in Asia by the end of 2022 or the beginning of 2023.

The company is in the process of developing a global network of joint ventures and strategic partnerships. Asia is a focus because the region is one of the largest importers of beef, Brenner said.

In January, Aleph signed a Memorandum of Understanding with Mitsubishi Corporation's Food Industry Group to explore opportunities in the Japanese market.