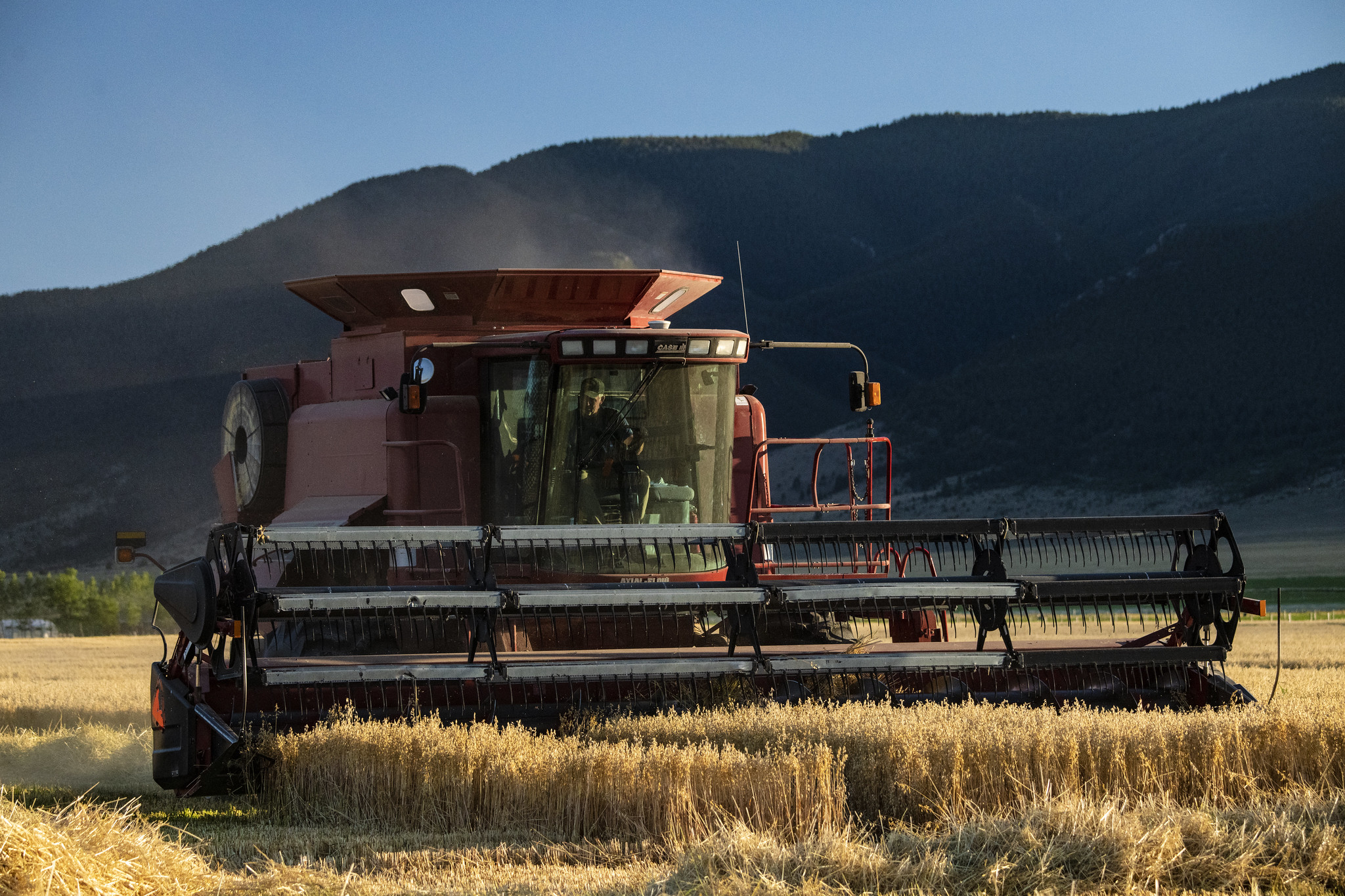 On climate change, agriculture is both perpetrator and victim.

On the one hand, it is undoubtedly a significant part of the problem - just look at the swathes of rainforest cleared to grow crops, the toxic emissions pumped out by segments of the livestock industry, or the 1.3 billion tonnes of perfectly edible food wasted each year. One UN report estimated that the agricultural sector alone is responsible for 25% of all greenhouse gas emissions.

At the same time, it is a victim. As severe weather spikes, whether floods, fires, droughts, or storms, and the world warms, farmers are among the first to bear the brunt, with crops destroyed and yields in steep decline. As the global population increases, so has the demand to produce even more food, locking agriculture in a seeming vicious circle.

But what if agriculture was also part of the solution?

In recent years, as the threat of climate change has steadily increased, so too has the volume of innovation across the food and agricultural sector. New technologies, tools, and products are all being created to combat environmental impact while retaining the quantity and quality of our global food supply chain.

Here are four of the key solutions gaining ground when it comes to agriculture’s battle against climate change.

Innocuous as farts and burps might seem, these small bodily belches from the billions of livestock globally are responsible for about 40% of all the methane being pumped into the atmosphere. Then there are the huge volumes of water used (and wasted) within traditional livestock rearing, the vast tracts of land required to raise animals, and the carbon emissions of the industry as a whole. All of these have led to a growing call on us to reduce our consumption of meat and dairy – or even cut it out altogether.

Thankfully, we aren’t just left to chew on lettuce leaves. From vegan burgers that look, cook, and even ‘bleed’ like the real thing, to eggless mayonnaise, faux chicken strips, and even animal-free ‘steaks,’ the food industry has innovated to create meat alternatives that don’t leave consumers wanting.

Now that innovation looks set to go one step further. In late 2020, Singapore became the first country in the world to give the green light to commercial sales of a cultivated meat product. Created by US manufacturer Eat Just, the cultivated chicken nuggets are created using real chicken cells, grown in bioreactors using a rich nutrient medium, and shaped around intricate scaffolds. The company behind the nugget says it will eventually eliminate the need for livestock – and all the environmental damage that comes with it. With Singapore’s regulatory thumbs-up, the cultivated meat sector hopes others will follow, with plans to scale up and land on a supermarket shelf near you within the next few years.

Climate change has created major challenges for traditional farmers. In 2020 alone, severe weather events – including drought, floods, and heatwaves – contributed to 44 countries worldwide needing help to feed their populations, according to the FAO. By 2030, there are expected to be 8.6 billion people on the planet, requiring vastly more food just as it gets increasingly difficult to grow.

Hi-tech indoor farms are one of a number of potential solutions to this dilemma. Though the precise approach varies, by moving crops indoors these farms create climate-controlled conditions in which temperature, light, and nutrients are all tightly controlled, adjusted by technicians who monitor real-time data collected from the plants. In Tokyo, Japan, for example, 17,500 LED lights cast a pinkish glow across 25,000 sq. ft of vertically stacked plants at one of the world’s largest indoor farms, which now produces around 10,000 heads of lettuce each day. The farm uses a system known as hydroponics, removing soil and bathing the roots of each plant in a carefully controlled nutrient liquid instead.

Read more: How China can cut emissions from its farms

Not only can this style of farming be up to 100 times more productive than traditional methods, it also cuts down on water use by as much as 40% and removes the need for environmentally harmful pesticides too. Globally, these vast indoor farms are expected to be worth more than $40bn within two years – nearly doubling in value from 2016.

The technology is not limited to vegetables. There are also hi-tech vertical farms for aquaculture that are better able to control the marine conditions than open-sea farming or wild-caught fish.

Tweaking the genetics of anything can be controversial. In the US, for instance, around half of adults say they’re wary of genetically modified organisms (GMOs) with 41% worried about how these foods could affect our health. It’s why non-GMO labels are routinely stuck on products to market their absence of genetically modified ingredients.

At the same time, many of those consumers opposed to the idea also acknowledged that GM foods are likely to be an important tool in boosting global food supplies – helping to create crops that are more resilient against the effects of climate change.

‍The two approaches to GM and gene-editing are slightly different. While GM involves inserting new genetic material into an organism, gene-editing allows scientists to customize an existing genetic sequence. It’s why proponents of gene-editing argue it’s far less invasive, and shouldn’t be subject to the same restrictions as GM – though they’re currently struggling to win this argument, with similar rules in place in many countries for both.

Regardless, the ability to change to alter a plant’s genetics looks set to play a vital role in climate-proofing future crops. With just 15 crops responsible for 90% of the world’s caloric needs, adjusting a plant’s genetics to boost resilience to weather, improve how efficiently it uses water, or even enhance its nutritional value allows scientists to fast-track the creation of crops that can feed an ever-growing population, in the midst of ever-worsening climate change.

Why spray a whole crop with a toxic pesticide when only a few plants need it? Why take a guess at which patch of land is best suited for farming when you can pinpoint the most fertile patch of soil? And why speculate how much water or fertilizer a crop needs when there is technology to take all the guesswork out? All this is what lies behind the idea of precision agriculture.

An umbrella covering a broad spectrum of technologies, precision agriculture is loosely the idea that farms should use the latest tech and automation to more precisely monitor and cultivate their crops, even when working on vast areas of land. It encompasses everything from electromagnetic soil mapping to drones taking snapshots overhead and state-of-the-art farm bots trawling crops to deliver precise bursts of pesticide.

‍These technologies are becoming a critical part of combating climate change in agriculture. In fact, according to the World Economic Forum, if 15-25% of farms around the world were to adopt precision agriculture, global yields could increase by as much as 15% by 2030, while greenhouse gas emissions and water use could reduce by 10% and 20%, respectively. In short, by taking all the guesswork out, farms can far better control the volume and quality of food they produce, and how much impact it has on the environment too.