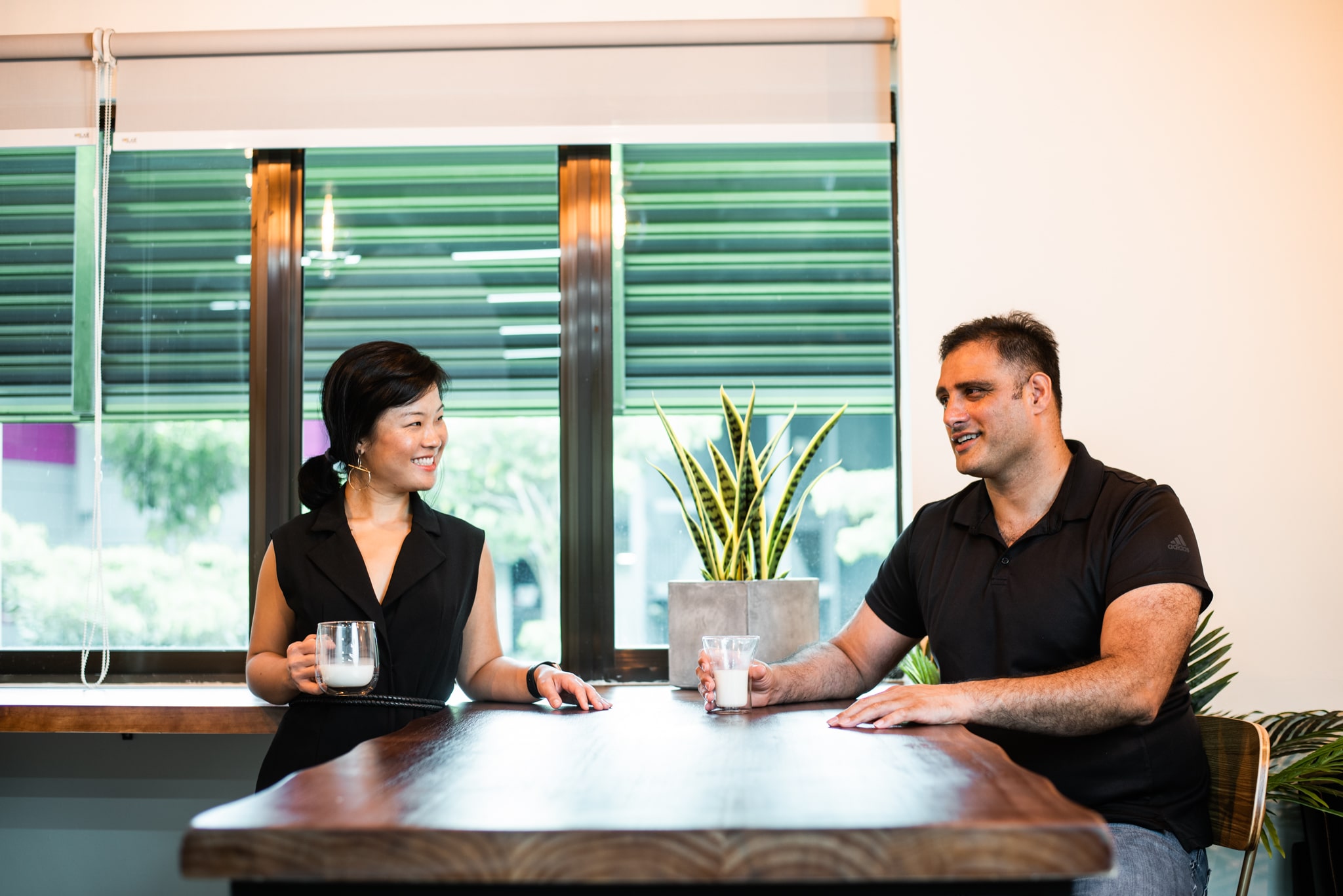 A few years ago, Fengru Lin, then with Google, was making cheese and had made a pilgrimage to Vermont to learn how to curdle milk. But try as she might, she could not replicate the quality back home in Southeast Asia because the raw milk was laden with antibiotics and hormones.

She then met Max Rye, a former Silicon Valley tech company CEO who was visiting Google for a sharing session on transformative technologies. He mentioned those making meat and seafood from cells, like Memphis Meats and BlueNalu. Lin asked Rye whether there were similar methods to make cell-based milk, which eventually led to the formation of TurtleTree Labs.

After “pulling in some scientist friends,” they made a breakthrough in 2019 and filed for patents. Today, TurtleTree Labs has about 25 full-time scientists and engineers across six different teams, led by Rabail Toor, the chief scientific officer.

One of their earliest backers is Prince Khaled bin Alwaleed bin Talal Al Saud, founder and CEO of KBW Ventures, who invested in TurtleTree's seed round announced in June 2020.

The prince is a long-time vegan and an early-stage investor in plant-based protein producers like Beyond Meat and Just, and plant-based gelatin maker Geltor. He has also invested in Prolacta Bioscience, a maker of human milk-based neonatal nutritional products.

Prince Khaled recently joined TurtleTree as an advisor and will help the company shape its market growth plans. The startup has been seeking his input on halal certification for its products, Lin told Pinduoduo on the Agri Matters podcast. The global halal food market is expected to reach close to US$3 trillion in the next few years, according to some estimates.

TurtleTree's other investors include Green Monday Ventures, Eat Beyond Global, and Verso Capital. The startup raised $6.2 million in its pre-A funding round, it said in December.

TurtleTree has three main horizons when it comes to the products it is developing, said Lin. The first would target bioactive proteins found in human milk, followed by high-value complex sugars, and then the fluid milk market from 2023 onwards, she said.

The company's long-term goal is the bovine milk market, which is worth $700 billion.

"We believe the next billion people coming onto the planet, we need to find alternative sources to continue feeding people," Lin said on the podcast. "We don't want people to change from their current habits of consuming milk, butter, cheese, cream. That's not possible with plant-based options."

Producing cell-based bovine milk in the lab is possible technically but does not yet make commercial sense at the current scale and price point, Lin said.

TurtleTree is taking steps to tackle the high price of growth factors, which are the group of proteins that stimulate the growth of specific tissues.

While the industry has come a long way from the 250,000-euro cultured-meat burger produced by Mosa Meat in 2013, the cost remains a hurdle to mass commercialization.

It would take "a few years of R&D" before the price of cell-based milk reaches the current price of conventional milk, she said. "We want to make sure that we go to market with products that are commercially viable."

Earlier this month, TurtleTree's scientific arm entered a collaboration with biotech company Dyadic International to develop recombinant protein growth factors that can be manufactured at high yield and low cost in bioreactors. TurtleTree Scientific will focus on working with cell-based meat companies on the production of food-grade growth factors to build the foundation that the cultured food industry needs to thrive.

"It has been a challenge to manufacture human growth factors at a large scale at an affordable cost, in order to enable several exciting commercial processes we are targeting," TurtleTree Co-founder Rye, who is also Chief Strategist, said in the release.

When asked whether there is a "yuck" factor to overcome among consumers for cell-based human milk, Lin said that TurtleTree has hired a marketing team to step up market education.

"I think it wouldn't be a choice that the older folks would make, it would really be the younger generation," Lin said. "There is a lot of interest around functional ingredients, good-for-you kind of food products."

TurtleTree will be a "completely B2B focused company" supplying companies like dairy and infant nutrition and other functional foods companies, Lin said. But it still hopes to have its own logo on the cartons of the products containing its ingredients, much like Intel has with its logo on the computers that contain its chips.

TurtleTree is among the growing number of food and agriculture technology startups that have set up in Singapore, which has accelerated with the country's masterplan to derive 30% of its nutritional needs from home-grown sources by the year 2030.

For Lin, who is Singaporean, it was the support from the government and access to research and talent of the universities that swung the decision to choose the city-state as the base for TurtleTree.

Singapore became the first jurisdiction in the world to allow cell-based meat when it approved the sale of cell-grown chicken by Horizon Ventures-backed Eat Just in December.

Consumers can expect the first product from TurtleTree as early as this year, which could take the form of yogurt or kombucha infused with bioactive proteins like complex sugars found in human milk. Such components are good for gut development, brain health, and immunity, said Lin.

"We're not here to replace traditional ways of sourcing human milk that is a very special bond between mother and child, Lin said. "We still believe breast is best."