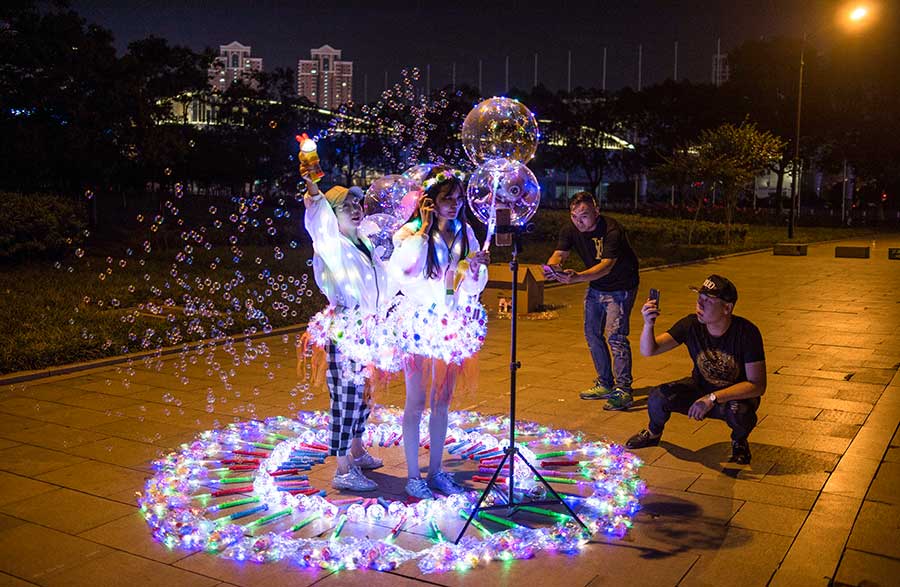 The sign at the entrance of Beixiazhu Village touts it as "The Village of Livestream Influencers." Situated about a mile from the famed wholesale market city of Yiwu, Beixiazhu has become the hot spot for the booming livestreaming e-commerce business in China, where the online retail market is larger than the next 10 markets combined.

The village is home to about 13,000 permanent residents and 1,000 e-commerce companies. It has become a base for tens of thousands of aspiring livestreaming sales anchors, who dream of becoming rich and famous like top hosts Li Jiaqi and Viya, who command top dollar to hawk products in front of their fan base of millions.

Read: The ultimate guide to livestreaming in China

Becoming a livestream host has become a popular career choice in China, especially for young people. These webcasters work hard every day to make a living and have transformed the village into more of an industrial park over the last two years.

During this period, livestreaming has risen in popularity in China. Sales through live commerce are likely to more than double to 1 trillion yuan ($148 billion) this year, accounting for 9% to 10% of online sales, according to a forecast by CLSA.

In China, home to the most internet users in the world, the livestreaming industry has seen rapid growth even before the coronavirus outbreak. As of June 2019, one in two internet users in China, or 433 million people, have watched livestreams, according to data from the China Internet Network Information Center.

The technology was used to help at-risk populations that were hard-hit by coronavirus-related disruptions. One such community was that of farmers, who depended on wholesalers to buy their harvests and sell them seeds and fertilizers for the next planting season. Merchants who were affected by the lockdown closures also took to livestreaming to reach Chinese consumers online.

Among the livestream hopefuls is 25-year-old Long Yuan. Long quit her low-paying job at a shoe factory and moved to Beixiazhu. She immediately set up an account on Douyin, the China version of TikTok, and using only her smartphone, peddles salable products to her online subscribers. Her highest earnings came from a paper towel product she promoted via livestreaming, netting her almost 100,000 yuan in a span of three days.

Another influencer, Li Yunxiang, 42, hails from Harbin, more than 2,000 km away from Beixiazhu. One of the items she promoted, a foldable hat, sold over 100,000 units in January this year, state media reported.

It is stories like this that have burnished Beixiazhu’s reputation as a place where fortunes can be made. The village has an established supply chain from production to logistics. With almost 8,000 merchants and more than 10,000 e-commerce practitioners, the village has become the latest version of the one-industry towns that dot China.

‍Read: The rise of social commerce in China

However, while there are opportunities, it's not as easy to get ahead as many of the hopefuls think. As livestreaming booms in the area, more people are flocking to the village, pushing up local rents.

Most of the livestreamers in Beixiazhu have limited resources and operate small-scale ventures. The majority struggle to create their own niche in the sea of undifferentiated live shopping streams.

But with live shopping predicted to continue growing in popularity, more aspiring influencers would no doubt try their luck and make their way to Beixiazhu and other e-commerce hubs that are sprouting across China.