Shrimp Farming: The Challenges and The Possibilities

Shrimp Farming: The Challenges and The Possibilities 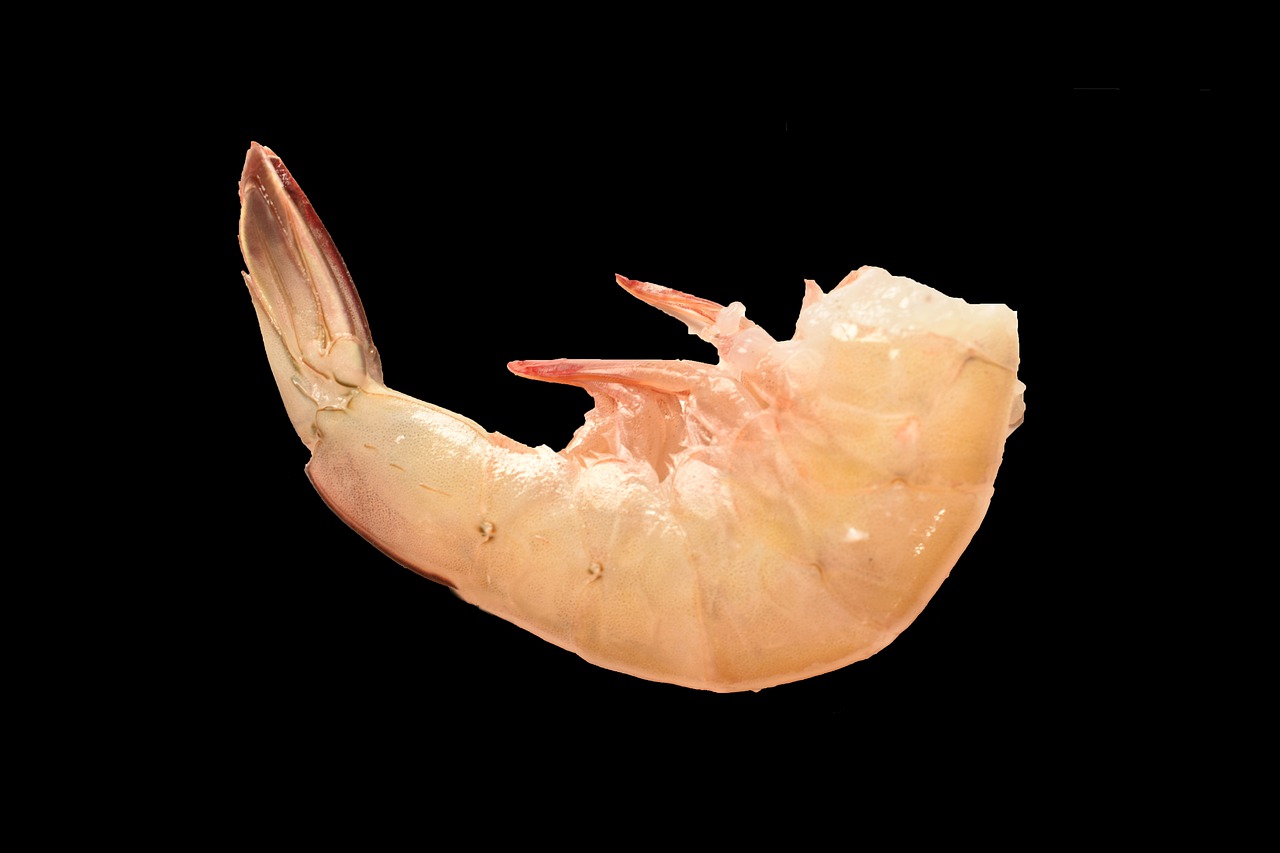 Overfishing has been ravaging the big deep blue over the last two decades. The ill-effects of this practice can be deeply damaging to the planet. This includes damaging the coral reefs, imbalance in oceanic ecosystems, and removal of essential predators.

In order to stem the tide of overfishing, novel ideas need to be explored to meet the demands of the global population. One such concept has to do with shrimp farming. This is an emerging idea that has numerous benefits for the fishing industry and the oceanic ecosystem. We look at the advantages and challenges of shrimp farming in this article, along with the future of shrimp aquaculture.

What is Shrimp Farming?

Shrimp farming is a form of aquaculture business that is related to the cultivation of various types of prawns and marine shrimp for the sake of consumption. This is a concept that first began as early as the 1970s in order to meet the demands of Japan, USA, and many other countries in Western Europe.

By 2003, the shrimp farm industry had rapidly expanded and was able to produce over 1.6 million tonnes that was worth over USD 9 Billion.

A vast majority of the shrimp farms in the world exist in Asia. It has been estimated that 75% of farmed shrimp come from these Asiatic countries such as Thailand and China. The remainder of the farms are distributed across numerous Latin American countries. Brazil, in particular, is known to be the biggest producer of shrimp in this region.

Currently, farmed shrimp account for nearly 55% of the total shrimp production around the world. Thanks to the volume produced by countries such as India, Vietnam, Ecuador, and Bangladesh, it has now become possible to make this meat a lot more accessible to counties such as the U.S, Japan, and other European nations.

According to a comprehensive survey conducted in 2014, it was estimated that the total pond area dedicated to this industry was 2,124,110 hectares. During this same period, the value of the shrimp farming industry had expanded to USD 23.6 billion. Based on just the overall value of a marine industry, shrimp production and farming was second only to carps.

When looking at the specifics within this type of marine farming, it is seen that the Pacific White Shrimp is the most widely cultivated species in this industry. The value of just the Pacific White Shrimp was estimated to stand at USD 18,460 million in 2014. This immense demand makes it the most commercially vital species of shrimp on our planet.

The striking aspect is that out of the total global production of the Pacific White Shrimp, nearly 80% is derived from aquaculture alone. This speaks volumes about the importance and potential of shrimp farming.

Apart from simply rearing and exporting high quality shrimp in tanks, shrimp aquaculture supports a host of ancillary industries that have become deeply dependent on this industry. This includes industries related to equipment, chemicals, transportation, equipment, marketing, pharmaceuticals, and research and development.

Estimates state that the various industries related to farming generated as many as 2.5 million direct jobs in 2014. The number of indirect jobs have not yet been properly measured. Even these numbers have drastically inflated over the last seven years.

The Advantages of Shrimp Farming

Growing shrimp in tank-based farming systems has been rising in popularity in various parts of Europe and North America in recent years. We examine the reasons behind this popularity by discussing the advantages of shrimp farming in the section below.

One of the biggest challenges of rearing seafood is with regards to the perishable nature of the products. Traditionally, when shrimp are fished out of water bodies, they need to make the long commute to the marketplace in order to reach the customers. This requires a vast amount of resources dedicated to transporting and preserving the shrimp.

When shrimp farms are selectively set up in strategic regions of a country, it helps with the proximity to the marketplace. This in turn ensures that the products reaching the customers are indeed fresh and well-preserved.

With an increase in proximity also comes a lower dependence on middlemen who are responsible for cold chain management. As there are fewer hands responsible for bringing the shrimp to plate, it tends to reduce the cost of the meat in the long run as well.

Farming shrimp in saline water or brackish water is not easy as this resource is relatively rare on our planet. Growing shrimp in tanks, especially in tropical regions, makes a lot more sense for farmers.

The demand for shrimp and prawns around the world is constantly on the rise. In order to meet these demands, shrimp farms are being established in various regions around the world. Thanks to these farms, numerous auxiliary services are also developed to boost and promote this industry. All in all, the development of shrimp farms, especially in underdeveloped and developing countries is seen as a boon.

These farms offer plenty of employment opportunities for individuals in the region and also ensures a boost in the economic system.

Enormous fishing vessels are sent out into the seas and oceans everyday in order to mine these precious resources for shrimp and prawn. This practice has been in play for several decades now, and over time, it has led to the depletion of the natural levels of shrimp on our planet.

This form of aquatic life is the starting point of numerous food chains, and a drop in shrimp levels will invariably lead to the depletion of various larger marine animals. By lowering our dependency on shrimp from the seas and oceans, and instead rearing these animals in farms, it allows the natural population of the species to rejuvenate over time.

When shrimp are reared in a farm, it is possible to maintain a certain level of consistency with regards to the quality of the meat. This is because shrimps in farms can be monitored and studied from time to time. It becomes possible to also improve various characteristics of the shrimp such as improving their Omega-3 fatty acid content.

Additionally, when the animals are carefully monitored in the farms, they also tend to be more disease-resistant. All these factors help to improve the marketability of farm shrimp and thereby help the farmers achieve greater value for their produce.

Although shrimp farming has been in practice for over five decades now, there are still many challenges that need to be tackled in order to improve the overall efficiency of the industry.  We look at some of these challenges in the section below.

When a large group of marine animals are reared in close proximity, it invariable increases the threat of diseases and viruses propping up over time. This has been a continuous problem that has been plaguing the farmed shrimp industry for several years now.

Despite the constant threat of novel diseases erupting from time to time, statistics reveal to us that the global shrimp farming industry manages to cope with this issue even when production has quadrupled or more.

Over the last two decades, two diseases in particular have emerged in the shrimp production and farming sector. These are known as the EMS/AHPND disease and Hepatopancreatic Microsporidiosis.

Despite the emergence of these two deadly diseases, it is seen that various countries such as Thailand have been leading the way in terms of being able to successfully manage the outbreak of these diseases. Once the presence and possibility of these issues are acknowledged by countries that are likely to experience an outbreak, it becomes a lot easier to handle such problems.

The other major issue that’s been a consistent thorn in the side of farming shrimp is in relation to the availability of quality aquafeed options. Over the last three decades, aquafeed demand has been rising quite steeply in order to match the growth of aquaponic farms. Despite this, only four percent of the overall animal feed production around the world belongs to aquafeeds. This amounts to roughly over a billion metric tons of feed.

In order to increase the production of aquafeed for the sake of farming shrimp, a greater focus needs to be placed on increasing the production of various land-based activities. This includes increasing production of crops such as soybeans, heightened processing of animal by-products, researching new forms of producing bacteria, and improving insect meals.

By increasing the production of land-based feed ingredients, it becomes possible over time to improve the quality of aquafeed in a sustainable and responsible manner.

The Future of the Shrimp Farming Industry

The amount of plastic and microplastics in the water bodies around the world has risen to dangerous levels already. Considering this vital fact, it becomes highly crucial to look at alternative sources of seafood in order to meet the demands of the population.

Additionally, the future of shrimp farming has a lot to do with tackling the problems currently troubling the industry. Specifically, the advancement in technologies will allow farmers to have greater control over the quality of shrimp being produced in their setup.

Genetic technologies will invariably have a massive role to play in improving the overall quality of shrimp being produced in tanks. Genetic editing tools such as the revolutionary CRISPR technology and TALEN will have an enormous impact on modifying the internal makeup of this form of sealife.

By genetically modifying shrimp and prawn in specialized farms, it will become easier to control the resilience, growth rate, and nutritional value of these animals. This will lead to consumers having access to high quality shrimp at a reasonable price without depleting the natural resources of our planet.

It is important to note that generating shrimp in farms already takes a relatively shorter period of time as compared to other forms of sealife. Even this cycle can be improved with the help of various specific pathogen-resistant (SPR), specific pathogen-free (SPF), and specific pathogen-tolerant (SPT) breeds. Additionally, research dedicated to relevant fields of science such as proteomics, genomics, and nutrigenomics will also play a major role in improving the overall quality of the shrimp being produced in farms.

Some of the other areas that can also be examined in the near future includes focusing on pond to zone management and biosecurity. By perfectly preserving the growing conditions of these animals, it becomes easier to eliminate the threat of diseases and increase the wellbeing of the animals.

The process of intensification and developing concentrated consumption centers will also expand the volume of shrimp being produced without having the need to increase the quantity of shrimp farms around the world.

Farmed Shrimp for the Future

Shrimp and prawns are two of the most popular forms of seafood on our planet. The demand for these delectable and nutritious forms of meat is only going to increase over time. Thus it becomes crucial to lower the dependency on the natural supply of shrimp and prawns from the seas and oceans as it is an unsustainable source of these meats.