Plant Biotechnology and Its Impact to World Food Supply

Plant Biotechnology and Its Impact to World Food Supply 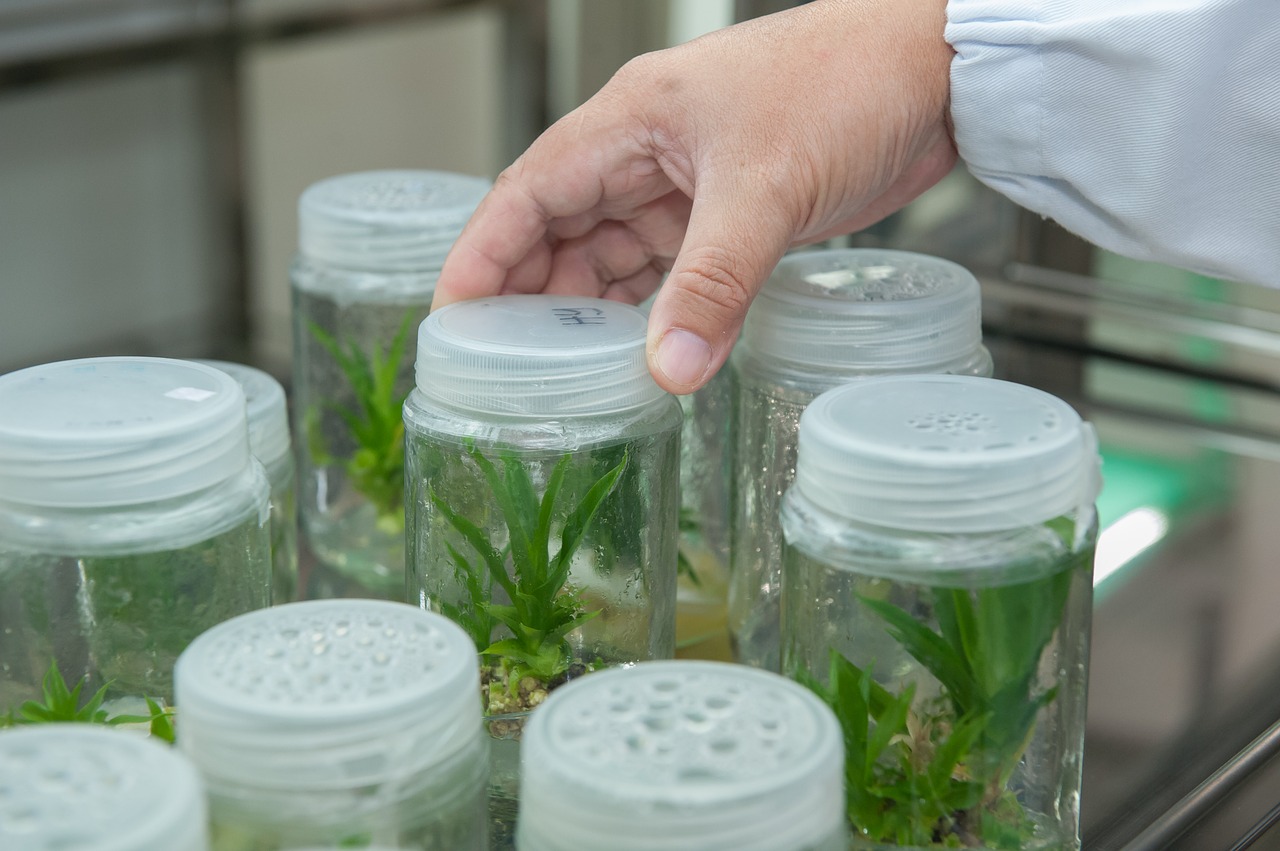 Our relationship with plants has been a long-standing one and has evolved tremendously over thousands of years. The first evidence of farming can be traced back to the middle-east region and was conducted over 23,000 years ago.

Since that point, we have looked deep into the molecular biology of plants and managed to understand the intrinsic structures of the foods we consume on a daily basis. These revelations and technological advancements have brought us to the forefront of a new science known as plant biotechnology.

In the following article, we look at the practices that entail the science of plant biotechnology, discuss the manner in which it works, understand its applications, and highlight the technology with the help of crucial examples.

What is Plant Biotechnology?

Plant biotechnology is the application of information that has been derived from the study of life sciences in order to create numerous technological advancements in plant species.

The human race has been involved in plant biotechnology for several thousand years now. It began when we first planted seeds to harvest plants and selected the most desirable breeds to further propagate a given species. Our role in the selective evolution of plants was our first step towards developing plant biotechnology.

The second major development in this field occurred during the 1800’s when the knowledge base available to the life sciences was dramatically improved. This includes the work of Gregor Mendel from the 1860’s who conducted experiments that helped to form the basis of genetics.

The modern day methods of plant biotechnology involves the use of our understanding of plant genetics in order to modify the inherent structure of crops. This is known as genetic engineering and it results in the creation of genetically modified organisms or GMOs.

Genetic engineering allows researchers to introduce desirable genes into the biological structure of plants in order to boost their performance and/or resistance. This involves using material from outside their breeding boundaries and even outside the plant kingdom altogether.

An example of this involves using animal and even human genes in order to transfer some capabilities to plants.

The following are some of the broad applications of plant biotechnology that are being currently explored today.

Plant biotechnology can be used to greatly improve the income and earnings of farmers around the world. It allows for the economic improvement of existing products, and makes produce more alluring to consumers as they can have improved nutritional values. It also creates new streams of revenue to farmers as they can invest in growing novel plant variations and products and gain greater profits from them.

Additionally, the use of plant biotechnology also allows for an overall increase in crop yield, helps to boost the quality of the crops, improves their resistance to pests, boosts nutritional value, and improves overall harvestability. All of these improvements have economic implications for farmers and it helps to stabilize their earnings across the year.

Some of the plants whose economic value has improved due to the application of plant biotechnology includes:

Plants that are developed using the principles of biotechnology are capable of possessing higher nutritional value than their organic peers. This can be utilized to boost the nutritional deficiencies seen in various parts of the world, especially in developing nations.

An example of this is the creation of a new strain of rice known as “golden rice”. This is a genetically modified relative of the regular rice plant except that this version is capable of producing carotenoids. Carotenoids are a dietary source of vitamin A, which is why golden rice can be grown in developing countries to help improve the vitamin A levels of the population.

Ample amounts of research have also been conducted to help the production of an iron-storing protein in seed crops known as ferritin. Iron deficiency is a major problem in numerous parts of the world and is currently affecting 30% of the global population. It can lead to impairments in cognitive development and is related to numerous other health issues as well. The improvement of ferritin levels in seed crops such as legumes helps to improve the iron content in foods and boost these levels in consumers.

Plant biotechnology can be used to create novel products and strains that are currently not available in the market. The technology can be implemented in the production of various products such as vaccines, plastics, antibodies, pharmaceuticals, and human blood proteins.

One of the ways in which plant biotechnology has been applied recently involves the production of a special hepatitis B vaccine with the help of transgenic tomatoes. These tomatoes are being studied carefully and hold the potential to offer a quick and effective method of vaccinating people against hepatitis B.

The juice of the tomato plant is extracted in this situation in order to administer the vaccine to individuals. Hepatitis B remains a major issue in many parts of Asia and other regions of the world as well. Using this special strain of tomato can help curb the spread of this deadly ailment in an expedited manner.

One of the most commonly seen examples of plant biotechnology has to do with the transformation in plants achieved with the help of a pathogenic bacteria hailing from the Agrobacterium genus. In the natural world, the agrobacterium infects plants by transferring some of its intrinsic bacterial DNA into the plant directly.

With the help of the natural processes that help a bacteria produce proteins, the bacterial DNA is added to the plant’s genomic DNA and changes its composition permanently. The expression of the bacterial DNA that is introduced in the plant allows it to produce abnormally large quantities of plant hormones and other important compounds called opines. The opinions act as a food source for the bacteria.

The boost in plant hormone values near the infection site allows the plant cells to grow bigger than they normally would, thereby producing characteristic tumors. Scientists understand and recognize the importance of this pathogenic bacterium and have used it to insert these genes into plants by deleting the bacterial genes that normally cause tumors.

When this newly modified bacterium is introduced in the plant, it transfers the necessary genes into the genome of the plant instead of causing tumors. These desirable genes are now a permanent part of the plant genome, and the expression of these new genes help to produce various desirable products.

The agrobacterium method described above is one of the most commonly applied techniques in plant biotechnology.

Another important method is known as the microparticle bombardment technique, and it involves the introduction of foreign DNA constructs into the plant cells. This is done by attaching the DNA to small metal particles and then forcefully blasting the particles in the cells of the plants. An air gun or powdered gun with a 0.22 caliber gun cartridge is utilized for this technique.

The other methods of introducing foreign DNA into the various plant cells include techniques such as sonication, electroporation, and microinjection. Although these methods are being studied comprehensively, they are not yet utilized extensively in labs around the world. This is because these methods require the production of protoplasts from the cells of the plants before transformation.

Creating protoplasts is a complex process that involves removing the plant cell walls by corroding it with enzymes such as cellulase and pectinase.

The technique of electroporation utilizes small pulses of high-voltage electric energy to create temporary holes in the plasma membrane of the plant. Through these holes, the foreign DNA of bacterium is introduced into the plants.

All of the techniques described above are being comprehensively tested and understood in order to further the scope of plant biotechnology.

All living beings on our planet evolve using one of two methods — natural selection or artificial selection. The former process is executed by nature itself, while the latter is executed with the help of nature’s most novel creation — human beings. We are currently reshaping the natural world based on our whims and fancies, and this is a complex path to tackle.

There are dire implications of consuming certain genetically modified foods, but others are seen to be perfectly safe. We are still on the path of fully understanding the science of plant biotechnology. If we ever perfect this science, it can be utilized in ways that are nothing short of being purely miraculous. This is why we must continue to invest in this branch of science with our intellect and our patience.