What is Intercropping and How Does It Work?

What is Intercropping and How Does It Work? 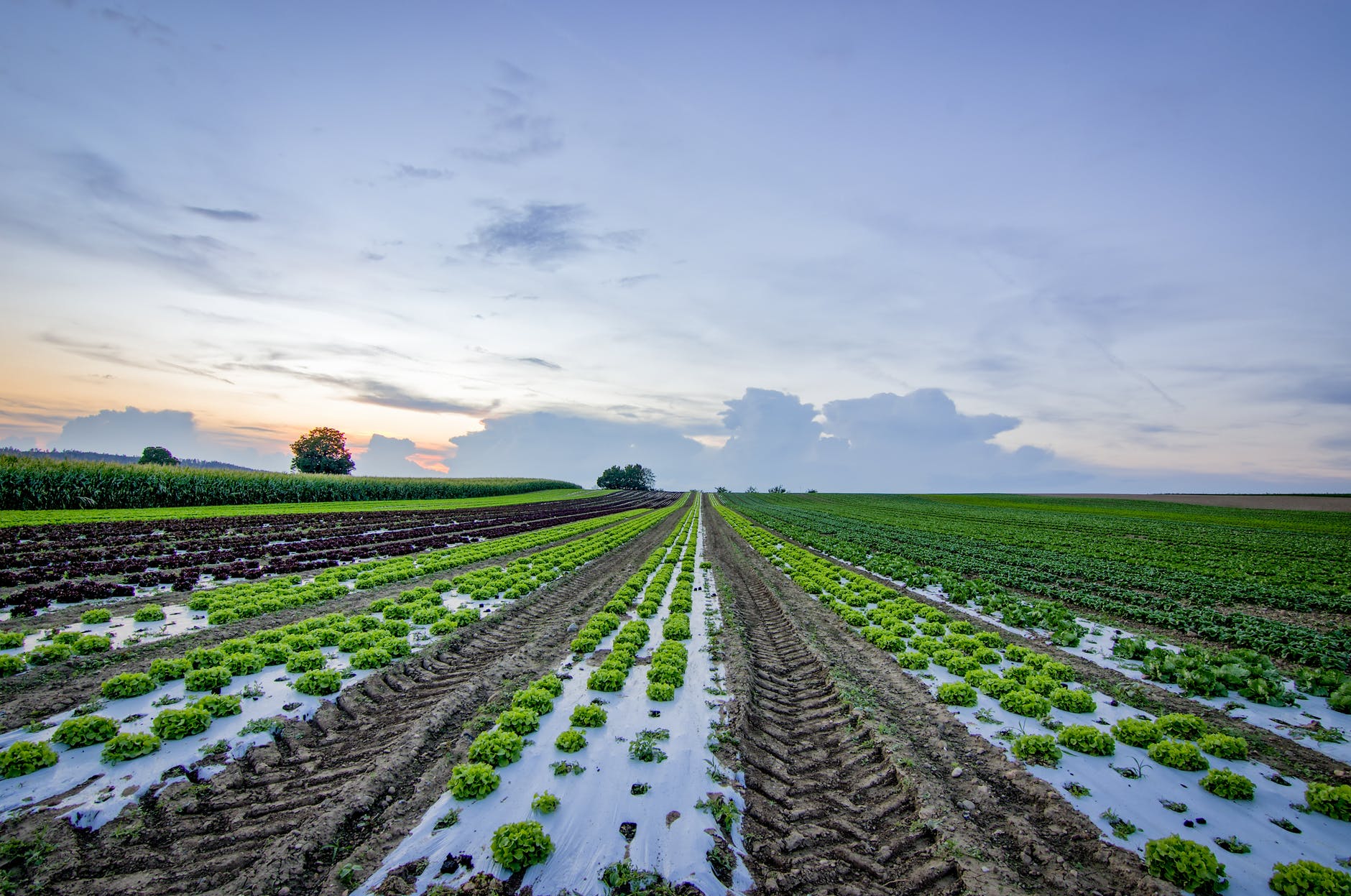 Since the Green Revolution of the 1960s, chemical inputs into agriculture have become widespread and mainstream - so much so that in fact farming on a large scale without these chemicals might seem counterintuitive or even impossible to many.

However, in nature, you never see millions of the same plant growing bunched together and spread over hundreds of acres. Instead, you see a few different species growing side by side in symbiotic relationships that benefit both plants. So why not mimic this natural order of things in our farming systems?

This is exactly what intercropping aims to do. By growing more than one kind of crop on a given plot of land at the same time, farmers can harness a host of benefits unattainable to monocropping, including a reduced reliance on fertilisers and pesticides, while producing high yields of diverse crops.

What is Intercropping in Agriculture?

Intercropping is the practice of growing different crops in between each other on the same plot of land in the same season. This is a contrasting system to monoculture farming, where the same crop is planted across several hectares of land - think of the rolling corn fields of middle America, stretching out as far as the eye can see, no end in sight.

There are major differences between intercropping practices and other farming styles with regard to the arrangement, sowing time, and plant combinations farmers need to consider. Intercropping can be very versatile - it allows for annuals to be grown either with other annuals or with perennials. It also allows for perennial-perennial combinations. The one requirement is that the plant combinations chosen are selected with intention and knowledge of their symbiotic relationships.

An example of a good perennial-annual intercropping combination is garlic and tomatoes. In more tropical regions, coffee and banana make a popular perennial-perennial combination. However, there are many other combinations beyond this that are worth exploring.

How Does it Work?

When starting out with intercropping, there are several things that need to be considered to choose a winning crop combination. Typically, there will be a primary crop and a secondary crop. It is generally a good idea to have your main cash crop as the primary crop.

Avoid using the plants from the same family in the same grouping. The whole idea of intercropping is to enable symbiotic relationships between different types of plants to prosper, thereby strengthening both crops and the soil. Planting similar plants together defeats the purpose. It would therefore not be a good idea to intercrop broccoli and cauliflower, which are both part of the Brassicaceae family.

Choose plants with similar water needs, but different root systems. This is so that irrigation is simpler for you, and also so plants don't compete underground for root space.

Consider how the group of plants might affect each other’s sunlight. Shade isn’t always a bad thing, but it might be for the wrong plant.

Time-sequencing can be very useful, and combining plants with different growth rates means they won’t be interfering with the other at the most crucial points of development.

Legumes, accumulators, and green manures are great plants to include as they help to continually revitalize soils by fixing nitrogen from the air and bringing back into the soil and into root tips.

Include species such as culinary herbs as they help repel insects. Some plants, like onions and carrots, have very specific companions for this.

The Benefits of Intercropping

While monocropping, or monoculture farming aims to maximise yields using intensive input-based farming techniques, intercropping takes a different approach. The concept underpinning intercropping is that both land and resources are used much more efficiently, while boosting and diversifying income for farmers. Some benefits of intercropping include:

The Different Types of Intercropping

There are several different types of intercropping, each with their own benefits. Which type is the most suitable for you will depend on the plants you've chosen - their density, architecture, required period for maturing, irrigation, sunlight, and nutrient needs.

Plants are arranged in rows, including either single or multiple rows. There are studies recommending four maize rows with six soybean ones, for example. A common and beneficial combination in this configuration is a cereal-legume combination, like corn and beans. The benefits of row cropping include additional nitrogen fixation by legumes in symbiosis with Rhizobium bacteria.

This practice is similar to row cropping, but the sections of land are wide enough to facilitate machine operations, and to enable independent cultivations of each crop separately. A popular pattern of strip cropping in the U.S. is growing wheat, corn, and soybeans alternatively, in six rows each.

The alley cropping system involves growing crops between trees, bushes, or hedges that form alleys. The taller plants protect the shorter ones from winds and strong direct sunlight, as well as prevent soil erosion with their deep and resilient root systems.

Imagine a row cropping setup, except only one of the crops is planted initially. It is only when this first crop has flowered that the second crop is planted in the rows between the first one. A good example of this kind of system is chickpea and upland rice. Relay cropping reduces temporal overlap in harvesting, generating a more stable income over a given period of time. However, it is essential to choose a secondary crop that can tolerate the shade produced by the primary one.

This intercropping method is ideal if you are growing plants that mature in different timeframes. Once the fast-growing plant has been harvested, there is more space left behind for the slower-growing crop to thrive and develop.

The intercropping practice involves sowing different species (two or more) in one terrain with no distinct arrangement in rows or in the same rows. In this case, the time to sow and harvest coincides. Mixed cropping gives additional protection to the primary crop from winds, frosts, droughts, and other severe weather conditions.

As the name hints, the intercropping technique aids in trapping pests to protect the main culture. Popular examples of trapping plants are mustard and marigold, among others. The basic idea is to attract insects or fungi to the sacrificial secondary crops, thus protecting the cash one. Blue Hubbard squash is reported to be an efficient remedy from squash bugs, squash vine borers, spotted and striped cucumber beetles. Trap intercropping allows farmers to save on pesticides, with some successfully implemented systems requiring no chemical application at all.

Intercropping for the Future

Successful intercropping carries many economic and environmental benefits over its monocropping counterpart. By fostering symbiotic relationships between different crops, the reliance on chemical inputs can be reduced while producing plenty of food.