Fish Farming: Feeding the Globe but at What Cost?

Fish Farming: Feeding the Globe but at What Cost? 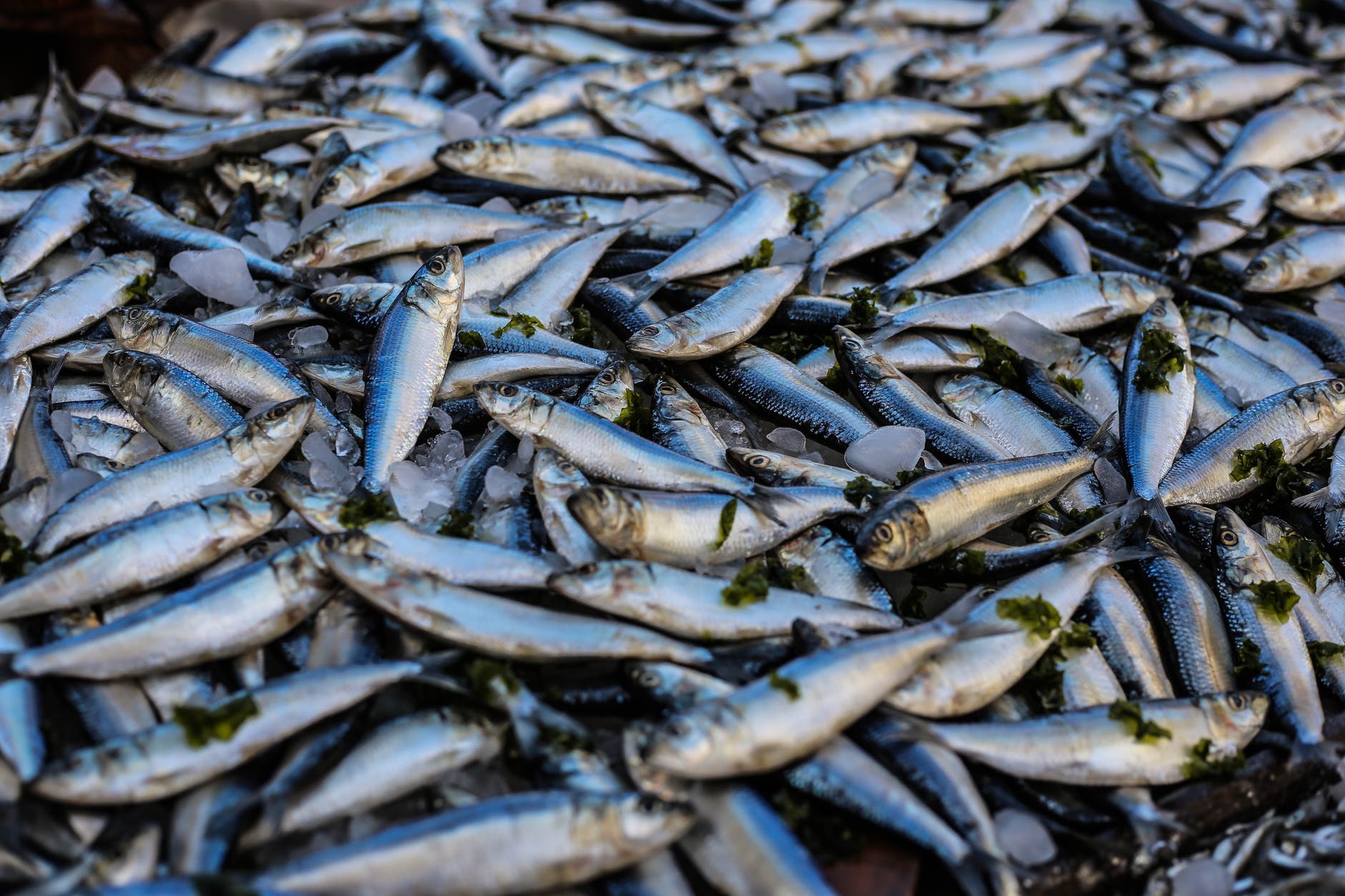 As of 2015, fish farming is the fastest-growing agricultural sector in the world. The U.N.'s Food and Agriculture Organization (FAO) projects that by 2030, fish farming will be responsible for almost two-thirds of the fish we eat.

We produce more fish worldwide than beef. And while fish farming has a bad reputation, eliciting images of overcrowded, diseased, antibiotic-laced shrimp and fish of the 1980s, the truth is that science and technology, as well as an increased interest and emphasis on sustainability, have propelled the industry forward in the decades since.

New aquaculture is sleek and clean, and versatile compared to its problematic predecessor, and it's only getting better.

What is Fish Farming?

Fish farming is exactly what it sounds like. It is the process of rearing fish for human consumption, in contrast to fishing which involves capturing wild species in their native habitats. These “aquafarms” can take the form of mesh cages submerged in natural bodies of water, or concrete enclosures on land. There are a number of different wild fish and fish species that are raised on fish farm systems, the most common being salmon, tuna, trout, halibut, carp, tilapia, catfish and cod.

Fish farming is the fastest growing area of animal food production. According to a report from the UN FAO, fish farming will grow by 50% over the next 15 years, while fisheries will probably only grow by a couple billion tons. In fact, according to Our World in Data, 2012 was the first year in history that global yields from fish farms surpassed yields from wild fishing.

According to the UN FAO, approximately 32% of the world's fish stocks are overexploited, depleted or recovering. This means overfishing is wreaking havoc on marine ecosystems and the way we are currently sourcing our wild caught fish is not sustainable.

Fish farming is being hailed by some as a possible solution to the overfishing problem of different fish species. However, it is important to understand that fish farms come with their own set of complications and disadvantages. For starters, fish farm systems can severely damage ecosystems that different fish species live in by introducing diseases, pollutants and invasive species.

That being said, it does also offer several benefits, and is growing fast. It is estimated by the FAO that over 600 aquatic species are globally produced via fish farms, totalling over 106 million tons worldwide as of 2015.

The Different Types and Methods of Fish Farming

The Cage System (aka off-shore cultivation)

Cages are placed in lakes, ponds and oceans. Fish are kept in these cages and are “artificially fed” and harvested. The fish farming cage method has made numerous technological advances over the years, especially with reducing diseases and environmental concerns. However, the number one concern of the cage method is fish escaping and being loose among the wild fish population.

The pond system utilizes a ditch or a pond that can be filled with water. It is different from the cage method in that the fish are isolated from wider bodies of water so cannot escape into the ecosystem. Fish are artificially fed, and on a small scale, the fish waste is used to fertilize farmers’ fields. On a larger scale, the pond is self-sustaining as it grows plants and algae for fish food.

Fish farming, unlike fishing, is a food production system. It may not elicit as many wholesome images of naturalist humans living off the land, but it is certainly a much more efficient, productive, and reliable way to ensure food for a large number of people.

Compared with fishing, fish farming can provide the same amount of protein for a fraction of the energy and labor costs. “Any food production system has impacts,” says Graham Young, director of the Western Regional Aquaculture Center and a professor of fishery sciences at the University of Washington. The real question is not “fishing or farming?” but “farming fish or farming any other animal?” In other words: Which food production system has the fewest impacts?

Looked at from this angle, aquaculture suddenly appears a very attractive proposition, especially when looking at fish and seafood low on the food chain, like shellfish. Shellfish farmers don’t have to feed their flock - they gather all the nutrients they need for free, and clean the water simultaneously. Conversely, fish farming for species higher up the food chain can get more complicated.

Fish are known for being high in omega-3 fatty acids. However, the omega-3s aren't actually created by the fish, but rather come from microscopic algae that live in fresh or salt water sediments. Herbivorous fish then consume these algae, and obtain their omega-3s. Similarly, fish higher up the food chain then get their omega-3s from eating the herbivorous fish, and so on the fatty acids move up the food chain.

In 1997, it took almost 3 tons of forage fish to produce one ton of salmon. This inefficiency of nutrient transfer is one of the reasons that fish farming has a reputation for being unsustainable. Even today, one-third of the global fish harvest goes toward making fishmeal and fish oil - feed for other fish higher up the food chain and consumers' wish lists. As a result, forage fish are being overfished, and some populations have even crashed, which has implications for the wider marine ecosystem they were a part of.

Traditional fish farms have a bad reputation for flooding the waters around their pens with their waste, also known as effluent. The nitrogen-heavy pile-up can lead to algal blooms and subsequent microbe busts that suck the oxygen out of the water, creating a dead zone where entire ecosystems collapse and nothing grows. Large and crowded populations of farmed fish, out at sea, can also be a reservoir for sea lice and other diseases that may in turn infect local species.

There are two ways to sidestep these disastrous consequences. Firstly, you could choose to farm indoors. Aquaponic systems are entirely run indoors, and are notoriously efficient and relatively easy to maintain. In theory, these systems could be tuned to recirculate almost all of their water. In practice, these operations can become energy-intensive, entirely reliant on a constant electricity supply, making it ultimately, rarely economically viable - for now.

“Right now, the technology is still promising,” Young says, but of the examples of scaled-up recirculating aquaculture projects, he says, “I can’t think of many who survived more than a few years.”

If farming fish indoors is not an option, the next best thing would be to choose a location in an area with good water circulation and robust local ecosystems. Anchored open-ocean ranches may be one version of this, with the first floating farms popping up in Hawaii and elsewhere in the last few years. But it doesn’t have to be that extreme — and a little ocean can go a long way.

“In the Norwegian salmon industry, which is probably the first or second producer of Atlantic salmon in the world, if you lined up the cages side by side, you would occupy the main runway on the Stockholm airport,” Young says. "That’s about 60 acres, producing about a million tons of salmon." That's very efficient.

Is it good for the environment?

Fish farming in open water poses risks to the environment, without a doubt. For example, fish crowded together in nets or cages are more susceptible to stress, which can lead to disease and parasites that may spread to wild species. Farmed fish can also sometimes escape into the ocean and breed with wild species. This affects the population’s overall genetic diversity and ecosystem in unknown ways.

Turning to land-based aquaculture systems seems to solve these problems, but they bring a set of their own. While minimizing the amount of waste expelled to the environment, eliminating fish both escapes and the spread of disease, land-based systems require a significant amount of energy to recirculate water.

Moreover, land-based and water-based fish farming has also been responsible for land conversion and the destruction of ecosystems, all in the name of fish feed. Herbivorous fish get a diet of soybeans on some farms, which resulted in almost 4 million hectares of South American forest destroyed yearly to turn the land into agricultural land. Shrimp farming alone has been responsible for the destruction of 38%of the world’s mangroves.

“A lot of damage is being caused by aquaculture, but it’s getting much better,” said Malinowski. “People are getting educated, and it’s becoming unacceptable to farm fish in a way that’s harmful to the environment.”

The Future of Fish Farms and Farmed Fish

With growing scientific and public awareness of the importance of sustainable farming, come continuous improvements in aquaculture practice. There have already been some promising findings and developments in fish farms across the world, which are making fish farming more sustainable by the day.

Kampachi Farms has experimented with fish diets in an attempt to eliminate fish oil and fishmeal entirely. In 2013, they were successful, creating a feed based on soybean supplements, plant waste, microalgae and yeast. Three feeds containing no fishmeal at all were tested, and all were found to be comparable to the standard diet. This is a huge breakthrough for farming fish higher up the food chain, as it makes their feed more sustainable.

Despite land-based recirculating systems requiring a lot of energy, they use 100x less water per kilo of fish than traditional land-based systems. RDM Aquaculture, an indoor saltwater shrimp farm in Indiana, has recycled the same water for five years, produces zero waste, and uses no chemicals. Its “heterotrophic biofloc system” allows all organic matter to remain in the water. The shrimp eat what they need to eat and the bacteria feed on their waste.

Over the next 30 years, the population will balloon to 9 or 10 billion. If we’re going to sate those incoming masses, we are going to have to make sure sustainability remains front-of-mind for fish farmers, farmed fish, fish species as well as wider food production practitioners across the globe.

No food production method is perfect, but with the advances science and technology have brought to fish farming over the last few decades, there is promise that we will continue to best ourselves for the years to come. Here are some companies working on securing our marine resources for the future.