What is Compost Farming and How Does It Work?

What is Compost Farming and How Does It Work? 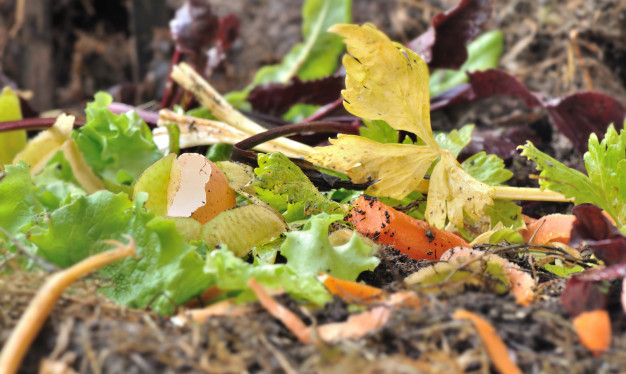 The use of compost in agriculture dates to the beginning of civilisation. Modern agriculture largely relies on mineral fertilizers, but a growing organic movement is returning to compost as an alternative nutrient source for crops and grasslands. Compost carries several benefits and can be relatively simple to make on-farm or even in a backyard.

What is Compost Farming?

Compost farming is a term used to describe farming practices that make use of compost in the place of mineral fertilizer. Soils need a good balance of nutrients such as nitrogen, potassium, and phosphorus in order to provide a rich, fertile, and healthy environment for crops to thrive in.

The process of composting is essentially a way of returning nutrients to the soil by decomposing organic materials that are typically regarded as waste, such as food waste, manure, offcuts of crops, and woodchips.

A good compost contains a mix of carbon and nitrogen in the right ratio, and is rich in plant nutrients and beneficial organisms which can help suppress disease outbreaks. Compost is used to improve the soil fertility in gardens, landscaping, horticulture, urban agriculture and organic farming.

Compost farming, then, describes the use of compost as a fertilizer or nutrient recycler on all sorts of crops from annuals to perennials, fruit bushes, vineyards, and more.

What Are the Different Methods of Compost Farming?

There are several different ways farmers can create compost, depending on the level of commitment and time they want to invest in the process, the size of their farm, and their expected returns.

The compost pile should be made moist with water, and aerated by turning it with a pitchfork weekly until the pile is a homogenous brown and slightly sweet-smelling (it shouldn't smell bad at any point in the process).

If you want something a little more hands-off, cold composting could be the right move for you. Here, the key is to ensure the inputs into your compost pile are small enough that they compost faster. The difference here is that if you don't feel like turning the pile regularly, you can just leave it and let time work its magic. Fair warning - this method could mean your compost takes about a year to form.

Earthworms are nature's decomposers. So it only makes sense to involve them in the decomposition process that is composting. Adding worms to the compost pile allows them to feast on scraps and produce casings dense in nutrients such as nitrogen, calcium, magnesium, phosphorus, potassium, and others.

Once the carbon- and nitrogen-dense organic inputs are mixed together and the worms added, leave the pile alone for 3 to 5 months. Before harvesting your compost, you'll need to stop feeding your worms for a couple of weeks. Push the worms and their casings to one side of the bin, and add clean dirt and food scraps on the other side. This is best achieved with a divider. Then, remove the divider and allow the worms to migrate to the fresh organic matter while harvesting the fresh compost.

What Are the Benefits of Compost Farming?

Compost is a critical source of nutrients in organic farming. If composted properly, animal manure can be used in organic production, turning trash into treasure.

During composting, nitrogen bonds to carbon. This transforms nitrogen from a volatile, odorous compound that is free to escape into the air into a more stabilized, slow-release compound. This essentially means composting is a way to trap nitrogen into the soil where it is useful, rather than allowing it to wreak havoc in the atmosphere, where it can create nitrous oxide, a potent greenhouse gas.

The high temperatures created during proper composting can kill weed seeds and microorganisms.

Recycling food scraps and their nutrients back into the soil diverts a significant amount of landfill-bound municipal waste from its fate. In the long-term, recycling of nutrients will only become more important as we continue to face fertile soil losses of epic proportions.

Compost farming in agriculture allows farmers to recycle key elements of their production system that might otherwise be seen and treated as waste. By recycling in this way, nutrients are returned to the soil, and the soil organic matter is built up over time.

The practice is growing in popularity in several parts of the world. For example, in California - the largest compost market in the US - rangeland ecosystems make up about half of the land area. In the last few years, there has been a big push to adopt more conservation practices on these rangelands, including composting. Compost use on rangelands increases grassland productivity, carbon sequestration, and water conservation.

Read more methods of regenerative agriculture: What is Syntropic Agriculture?