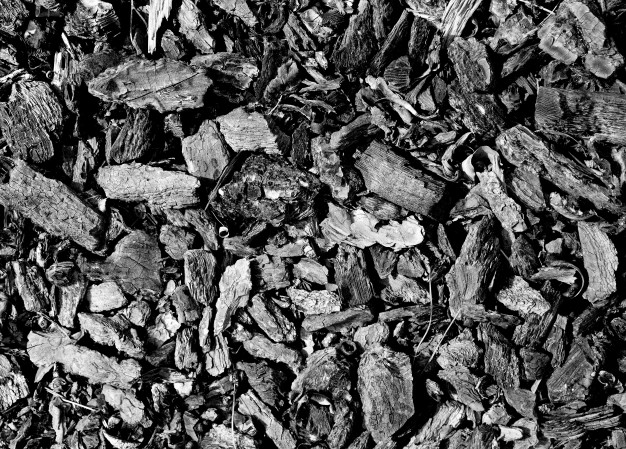 The emission of greenhouse gases into the atmosphere is one of the leading contributors to global warming on our planet. Currently, we collectively contribute over 50 billion tonnes of carbon dioxide to the air each year.

At the current rate, our planet is due to hit a dire situation within the turn of the century. In order to prevent this upcoming disaster, many changes need to be made in our lifestyle and our manner of operation. The agriculture industry is one of the leading contributors of global warming which is why many of the changes need to begin from this segment.

The extensive use of biochar is one of the methods in which the agriculture industry can help to reduce the emission of greenhouse gases. Apart from this biochar has numerous other advantages as well. We discuss biochar technology in great length in this article, and look at its history, applications, and benefits as well.

Biochar is actually a charcoal-like product that’s created by burning various organic materials from the forestry and agricultural sector. The wastes created by these industries is also known as biomass, and a special controlled process known as pyrolysis helps to convert the biomass into biochar.

Biochar has the immediate appearance of charcoal, but it is extremely different in terms of its properties. The specific process employed to create biochar helps to reduce contaminations and also ensures that carbon can be safely stored within its confines.

The pyrolysis process thus helps to convert all the organic matter into a stable version of carbon that’s known as biochar. Additionally, all the energy that’s emitted during the pyrolysis process can also be captured and re-used as a form of clean energy as well.

High-grade biochar is known to be highly porous, black in its external appearance, and extremely lightweight. Biochar also has a large surface area and is a fine-grained material that holds at least 70% carbon internally.

The remaining elements in biochar include hydrogen, oxygen, and nitrogen, along with smaller percentages of other substances. The exact chemical composition of the substance changes based on the methods used to manufacture it.

A History of Biochar

Although creating biochar is a relatively new method of sequestering carbon, the roots of this practice go back nearly 2,000 years at this point. The principle of adding a type of biomass in order to improve the quality of the soil was first recorded in Amazonian history. The indigenous people of this fertile basin managed to create numerous regions containing highly fertile soil that was known as terra preta (dark earth).

The fertility in the terra preta regions of the amazon were seen to be much higher than surrounding regions. It is a misconception that the amazon contains ample fertile regions. In reality, a majority of the region is home to infertile soils, which is why the terra preta zones managed to stand out in such a distinctive manner with historians and archeologists.

Plants that were grown in the terra preta region ended up blooming a lot faster and were also known to be more nutritious than those grown in surrounding regions. The remarkable thing about the terra preta soils is that they continue to hold carbon in rich volumes even to this day.

How is Biochar Made?

As previously mentioned, biochar is created using the process of pyrolysis. This is the act of thermal decomposition of various types of biomass in an environment that has a limited supply of oxygen.

The type of materials utilized in this process greatly affect the overall quality of the final product that is the biochar. It is generally seen that using clean feedstocks that contain less than 20% moisture and high levels of lignin can be used to produce high-quality biochar.

Using any kind of contaminated feedstocks will end up contaminating the biochar as well. This ends up releasing toxins into the soil when the biochar is eventually used to fertilize specific regions.

Some of the most common contaminants in biochar include chromium, lead, zinc, mercury, cadmium, copper, arsenic, and nickel.

The process of producing biochar is relatively inexpensive and it can be created using low-cost alternatives as well. This includes the use of small-scale biochar production methods such as using kilns or stoves.

When biochar needs to be produced in larger quantities, however, they are done in large-scale pyrolysis plants that can create several tons at once.

Farm owners also look to produce this material for individual usage with the help of top-lift updraft biochar machines that are simple to use and easy to procure.

Applications and Benefits of Biochar in Agriculture

The applications and benefits of biochar production are truly impressive. We look at some of the top methods in which this material is being used in agriculture currently in the section below:

The primary purpose of biochar is to improve the quality of the soil in a region. It does this by enhancing the soil structure and increasing the aggregation and water retention capacity of the soil.

Biochar is also hugely beneficial to the composting process. It helps in the overall reduction of greenhouse gas emissions into the atmosphere and also plays a major role in preserving the nutritional value of the compost material.

As previously mentioned, biochar also improves the microbial activity in the soil and this helps to greatly accelerate the composting speed. Additionally, biochar also has a role to play in reducing the loss of ammonia in the compost, the odor of the compost, and the density as well.

Aside from improving soil structure and soil amendment, biochar also has the potential to reduce greenhouse gas emissions from the planet.

Apart from the direct byproduct of pyrolysis which is biochar, the actual process of creating biochar can be beneficial to the planet as well. The production of this invaluable material leads to the creation of a clean and renewable form of energy. This is an incredible byproduct of creating biochar and it can help in the reduction in the usage of fossil fuels.

Apart from the major benefits mentioned above, using biochar has a host of additional benefits as well. This includes:

Biochar Production: Caring for the Land

The entire purpose of creating biochar is to help improve the fertility of the soil and aid the growth of the agricultural industry. This sector has already occupied half of the habitable land on our planet, but it is unable to meet the demands of a rising population.

The only way the agricultural industry will be able to rise and meet the challenges of this century is by fine-tuning the various processes involved with traditional and non-traditional farming. Creating materials like biochar will go a long way in improving the fertility of the soil and provide the sector a much-needed shot in the arm.

Learn more sustainable agriculture techniques: What is No-Till Farming and How Does It Work?