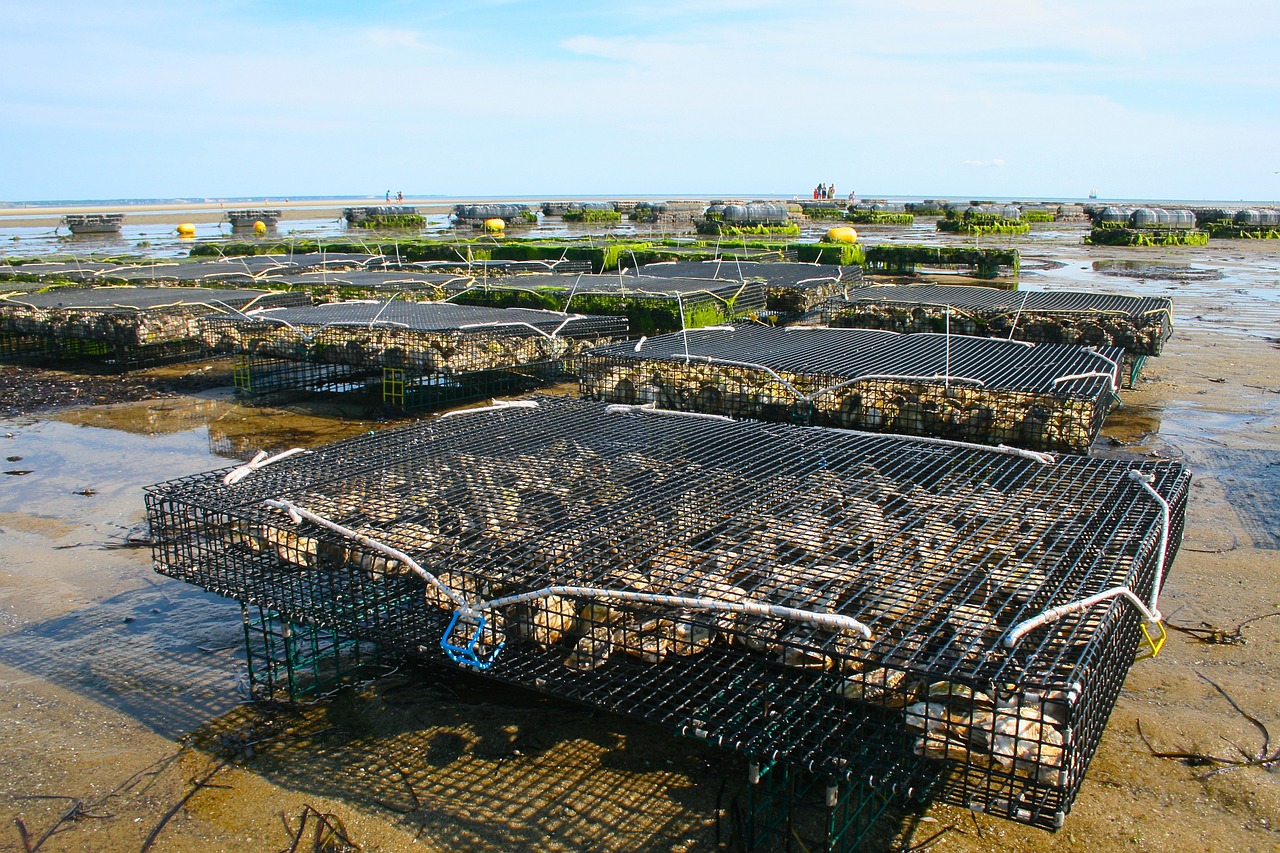 The global population continues to rise with each passing year and is expected to pass the 10 billion mark as early as the end of this century. Despite this incredible surge that’s due in a few decades time, there seems to be no changes being made in the structures responsible for feeding the population.

Based on current models, it’s unreasonable to think that we will be able to feed the population. This is why new developments are being examined in the world of agriculture, one of which is known as Aquaculture.

We look at aquaculture farming in this article, examine how it works, discuss the various types of aquaculture method, as well as highlight its advantages and disadvantages for fish farms.

The practice of farming seafood is typically referred to as aquaculture. It is an aquatic form of farming where fish, shellfish, and various species of crustaceans are reared. Instead of relying on soil, the growing medium used here is either sea water and fresh water. Based on the medium of choice, different types of plants and sea life are grown in a given farm.

Based on recent data, it is seen that aquaculture is currently the fastest growing food production segment on our planet. Already, this form of agriculture produces over half of the world’s fish product. Despite this, however, the numbers still don’t match the needs of the hour and greater awareness needs to be raised regarding this avenue.

The first stage is known as the hatchery portion of aquaculture and it is directly related to the hatching of eggs, the breeding of the fish, and even the rearing of the fish by focusing on the initial stages of the life cycle.

The second aquaculture stage involves increasing the size of the hatchlings by providing nutrition to the sea life being grown. This is the feeding stage and it requires procuring healthy and sustainable aquafeeds for the sake of the animals’ health and well-being.

In the third aquaculture stage, the fish are grown to a point of maturity, after which they are transferred to a separate farm that can accommodate their larger bodies. Here again, close attention is paid to the feeding process in order to regulate the growth of the fish.

The final stage involves transporting and transferring the fish to a separate processing facility. Here, the fish are packaged one last time after which they are sent to the necessary retail stores.

The Different Types of Aquaculture Systems

Although there are many subcultures of aquaculture systems, we can predominantly break this practice into two major aquaculture categories.

In this method, floating cages are utilized in a natural environment such as the open seas and oceans. The cages are anchored to the bed of the water body and they are also made out of nets in order to secure the wild fish inside the location.

Thanks to this method, the fish feel like they are growing in a natural environment although their movement is confined to the cages. Fish types such as salmon, sea bass, trout, and arctic char are reared in this method.

Onshore tank aquaculture involves using special tanks for the purpose of rearing fish. These tanks are filled with either seawater or freshwater, and sometimes a filtration system is used to improve the circulation within the tanks.

This method is used for shrimp farming within ponds in subtropical and tropical regions. Even shellfish, clams, mussels, and oysters can be successfully grown with this technique.

The Advantages and Challenges of Aquaculture Production

Aquaculture is the go-to answer in our hands when it comes to tackling the problems of overfishing. The supply of natural aquatic life is waning and aquaculture will allow us to continue feeding our population without causing the extinction of numerous important species.

Additionally, aquaculture practice is versatile enough to be executed in nearly any corner of the planet. This allows developing countries to grow fresh seafood in order to feed their populace.

At least half of the current wild fish supply comes from aquaculture, but not all the farms across the world practice sustainable forms of aquaculture. When this practice is executed poorly, it can cause disastrous effects on the local ecosystem and even pollute the waters.

Fish Farming of the Future

It’s no longer a sustainable option to fish in open waters because of the unnatural depletion of the seal life on our planet. Instead, we need to rejuvenate and replenish existing supplies so as to feed the needs of our population. Aquaculture farms allow us to do exactly that which is why it’s crucial to push the application of this practice from 50% to 100% as soon as possible.

Read another development in agriculture: Hydroponics in a Nutshell