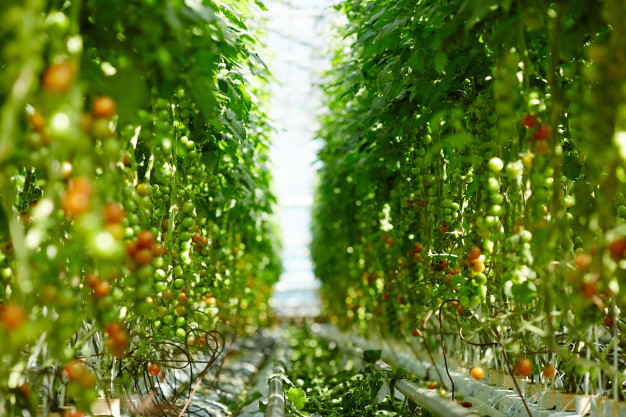 Vertical farming is a method of producing fruits, leafy greens and herbs in a vertical format. It relies on stacking many layers or floors of produce within a building to save space. The nutritional supplements to the crops are produced artificially using various technological advancements.

There are many incredible positives associated with vertical farming including its ability to produce stable crop yields and maximize profits. In order to make the most of this farming method and to bring this technology to various regions, numerous companies around the world are taking on promoting vertical farming as their primary area of business.

We look at the top ten vertical farming companies and provide information about their background and selling points in this article.

Here is our comprehensive list of the top 10 vertical farming companies along with relevant background and operational information.

AeroFarms is a vertical farming company that’s become an established and reliable brand in this space. Their rise to fame stems from the development of their patented “aeroponic technology” that’s known to add greater levels of productivity and precision to the farming process.

Additionally, the brand also claims that this method has virtually no risks involved whatsoever and also has a minimal impact on the environment.

Since their inception in 2004, AeroFarms has managed to raise nearly $140 million in funding in order to improve on their research and development processes.

Their concept of aeroponic farming focuses on creating an environment of healthy mist and air in order to provide nourishment for the plants. Instead of the traditional geoponic method that uses soil and other earthy materials, this method is purely focused on the type of air being generated in a farming space.

Thanks to rapid innovations by this brand, their systems were able to grow and sustain crops while using less than 95% of water in comparison to geoponic methods. This is a major boon for farmers operating in dry and arid regions where the water supply is inconsistent across the year.

Genetic modification is a hotly debated topic in the agricultural community, and many vertical farmers tend to stay away from this space. Bowery Farming is one brand that’s openly accepted this concept and focuses on producing seeds that don’t have any GMO or pesticides.

Bowery Farming was first established in 2015, but they have managed to acquire funding of more than $140 million in this short span thanks to their impressive mode of operation. They have a well-defined network across the United States of America and you can pick up their leavy produce from popular chains such as Whole Foods Market.

They even have a reliable set of suppliers targeting their online space and restaurant market.

The big claim to fame for Bowery Farming is their ability to be 100 times more productive when operating in the same space of land while requiring 95% less water than traditional methods.

Plenty is a vertical farming company that’s quickly ascended to the top of the agricultural food chain thanks to the sizable funding they secured in a relatively short span of time. The brand has managed to raise nearly $230 million since their inception, and they have funneled all this funding into developing aeroponic and vertical farming technology.

Even though their website does not method aeroponic technology explicitly, it's evident that Plenty is operating within this pace as their method is capable of reducing water consumption in farmlands by 95%.

A vast majority of the fruits and vegetables produced in Plenty vertical farms are available in retail stores across America. They are particularly famous for their greens such as Kale, along with a wide range of exotic herbs.

So far, all the companies we’ve discussed in this article are currently based and operating within the United States of America. There are, however, numerous start-ups emerging from Europe that are also playing a substantial role in driving the innovations in the vertical farming space.

One such brand is InFar, a Berlin-based company that has set up operations in Europe and Asia. They have managed to raise an investment of $35 million thus far, and they utilize this funding to improve their technologies and scale of operation.

Their major area of focus is in the exotic herbs market. Some of their most popular produce include Thai Basil and Peruvian mint. They also produce high-quality popular herbs such as sage and basil.

Even InFarm claims to be able to reduce water requirements in farmlands by 95%, but their website doesn't specify if they rely on hydroponic or aeroponic methods to achieve these results.

The brand also claims to reduce your fertilizer usage by 75%, and this indicates that their system also accounts for geoponic factors as well.

New York has become a hub for many companies interested in the segment of vertical farming companies, and Gotham Greens is one of the most reliable brands from this region.

Gotham Greens has managed to raise over $45 million since its inception in 2011. They have utilized their resources to set up four production-scale centers in Chicago and New York City, but they also have plans to expand into other states in the near future.

While this company focuses mostly on hydroponic methods to establish their vertical farms, they are also experimenting with various geoponic and aeroponic technologies as well. Their long-term plan involves utilizing the best of these various innovations to be able to create the optimal space based on the subjective requirements of individual farmers.

Their robots are capable of assisting farmers with the picking process, while the hydroponics allows them to maximize the use of their farm space and increase yield and productivity.

Iron Ox is also focused on the retail segment in order to move their fresh produce on a regular basis. Their most famous vegetables include leafy greens such as kale and lettuce for now.

In terms of expansion plans, Iron Ox intends on moving beyond the local markets of California which is their primary area of focus currently. The funding of over $6 million secured recently will allow them to do just that.

AgriCool is another relevant name to emerge from the wave of vertical farming companies in Europe. This French startup specializes in aeroponic methods and they specifically examine the best methods to produce strawberries in various regions.

This is because strawberries are an extremely popular fruit in France and there is always a consistent demand for them around the year. The traditional agricultural industry of France is simply unable to keep up with this demand which is why a brand like AgriCool stands to make a big impact in this market.

The objective of AgriCool is to stay in close proximity to their customer base in order to provide them with fresh produce on a consistent basis. They use their “Cooltivator” technology to stay within a 20 kilometer radius of their target customer base.

AgriCool is also openly promoting the use of “Cooltivator” technology so that customers themselves can look to become producers and distributors of various fruits and vegetables in the future as well.

A funding of over $40 million secured by AgriCool allows them to also promote their “Cooltainers”. These are shipping container farms with organized aeroponic technologies built into the facility in order to promote farming capabilities to any location around the planet.

CropOne is a vertical farming company that was first established in 2011. This brand has a bold claim which states that farmers will only need to use 1% of the water supply that they require when operating on traditional farming methods.

Apart from offering incredible resource efficiency to farmers, CropOne is also focused on collecting incredulous amounts of data in order to educate and inform farmers. They are known to collect millions of data points each day, and this is specifically focused on various plants such as leafy greens.

CropOne is also involved in a notable project with Emirates Airlines. The two companies are looking to produce the world’s largest farming facility in Dubai, and a vast majority of this produce is expected to be used in supplying fresh foods for airline passengers in the near future.

This company is considered to be one of the leading vertical farm suppliers in Asia, but they’re also looking to enter and expand in the U.S market in the near future as well.

SananBio is mainly focused on hydroponic equipment and is capable of creating customized technologies in order to match the requirements of individual farmers.

Additionally, this brand is also the largest LED chip manufacturer in the world and this segment allows them to further improve their lighting systems for the purpose of vertical farming systems.