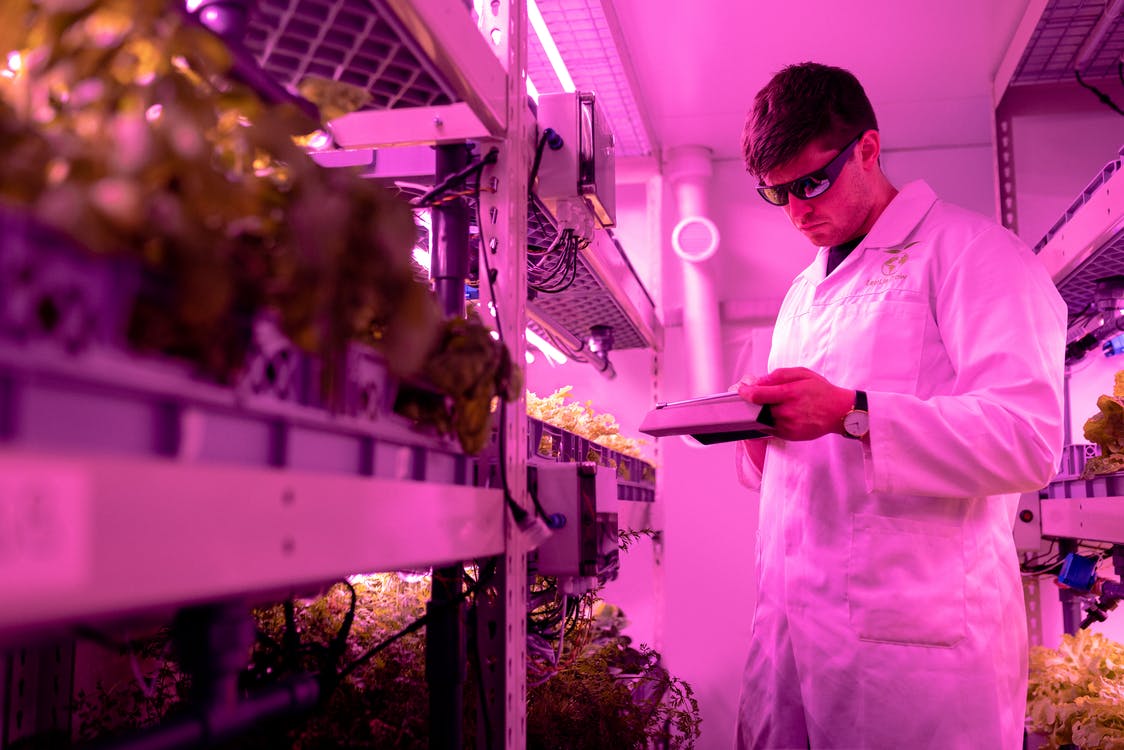 Only 10.8% of the world's land area is arable. With growing populations placing increased pressure on this relatively small acreage, tech innovators, farmers, and businesses have been looking for alternative ways to grow food without compromising on quality. One such solution that has found success in several pockets of the globe is underground farming.

What is Underground Farming?

Underground agriculture or farming is exactly what it sounds like - the process of farming food underground for human consumption. It is a stark opposite to the images of farms we conjure up - dark earthy soil, rows of crops, tractors running, a rooster singing in the background. But it is a very promising method of food production that is gaining traction all over the world.

Underground agriculture or farming is a type of Controlled Environment Agriculture - an umbrella term encompassing all methods of farming where total control of the environment, including temperature, nutrients, humidity, irrigation patterns, CO2 and oxygen levels, and more.

The thinking behind developing these high-tech ventures is that by placing them in high-density areas, consumers will have a cost-effective alternative food source, spend less on food transportation costs, CO2 emissions associated with food delivery will drop, and people will have a sustainable, year-round alternative to crops increasingly affected by pollution and climate change.

The Benefits of Underground Farming

Underground farms take advantage of controlled environment agriculture technology, which comes with considerable pros compared to traditional agriculture. It produces healthier and tastier food, no chemical runoffs, almost no waste, lower water consumption, year-round production and even more. On top of these, additional benefits unique to underground agriculture or farming include:

Below a certain depth, surface conditions have no bearing on the growing environment of an underground farm. The most important variables are groundwater and the geological context. This means underground farms could be a viable way of bolstering food security and reducing reliance on imported goods in countries with hostile above-ground growing environments such as deserts, mountains, and tundras.

Vertical farms underground are almost unbeatable in terms of space efficiency. While vertical farms above ground typically bring to mind ideas of "shelves" of plants, the underground variant is more like shafts dug downward, rather than shelves stacked upward. The benefit of this is you can go hundreds of feet deep, and even create several shafts in a gridlike arrangement to maximise and diversify your yields.

Normal urban vertical farming has a capacity problem. It has been estimated that even if cities were to build rooftop greenhouses on every capable building and fill the parking spots with growing containers - they'd only be able to reach around 5% of the crop requirements of the city.  Growing underground elegantly side-steps that problem, while also being compatible with all kinds of city and building structures.

Read also: What is urban farming?

Lowers heating costs for the building above ground

Even the most efficient LED lights generate energy waste in the form of heat. This is a major issue in most modern indoor vertical farms. However, growing produce underground allows you to harness that heat energy and use it to warm the building directly above you, recycling the waste into something useful while also possibly providing an additional income stream to the farm.

The Challenges of Underground Farming

Underground agriculture or farming systems make use of complex and novel technologies which can be capital-intensive compared to traditional farming. Just like most of the indoor vertical farms, the costs of building and operating underground farms is a challenge, and limits the type of crops that are economically viable.

Digging is also a considerable additional cost not factored into other farming methods. The cost of digging varies from one region to another and gets more expensive the deeper farms dig, limiting how deep these farms can be.

Just like in traditional vertical farming, underground farming requires a constant, reliable energy supply, making it a constraint. Replacing the sun is not a simple task. Although Controlled Environment Agriculture uses fewer resources overall than outdoor agriculture, it requires more energy. Balancing the cost, appropriate source for underground conditions, and environmental impact are all considerations to be made when selecting the energy source for an underground farm.

There might be preconceptions consumers have that food farmed indoors or underground is somehow "less natural" or healthy than food grown outdoors, the way nature intended. This could translate as lower demand for food products grown underground, and a large cost to the underground farmer who will have to invest in marketing materials to help the public understand the unique selling points of their method of farming.

Underground Farms in the World

Underground farming has popped up in several countries around the world in recent years, including England, France, Sweden, South Korea, and Bolivia, to name a few. In Seoul, a tech-company called Farm8 has set up hydroponic underground farms in Sangdo Station, growing microgreens and other plants under LED lights, and encased in a glass facade for the 7 million daily metro users to get a peek at the operation.

In Bolivia, underground farms are known as Walipinis. Only their roofs are visible, and their bricks absorb the sun’s heat to create warm and humid conditions year-round. They protect crops from the natural elements and ensure food security for farmers’ families in the arid climate of the Bolivian Andean Plateau.

CityFarm, a company based in Sweden, is growing food in vertical towers under LEDs, but also uses the excess heat energy to warm the building. Instead of capturing the light’s heat and venting it out of the room, it will be sent into a heat storage system to heat offices. CityFarm plans to sell its food locally, which will eliminate shipping costs and pesticide usage and reduce fossil fuel emissions. The company’s innovative approach to urban underground farming is attracting the attention of nations like Singapore and Malaysia, both of which have a shortage of farmable land.

Underground farming is not without its drawbacks, but for high-density locations with a shortage of farming land like Seoul, New York City, and Singapore, they could be wonderful solutions to rising food prices, transport cost and environmental impact, and local food security.