Top Agricultural Engines and Where They Are Made

Top Agricultural Engines and Where They Are Made 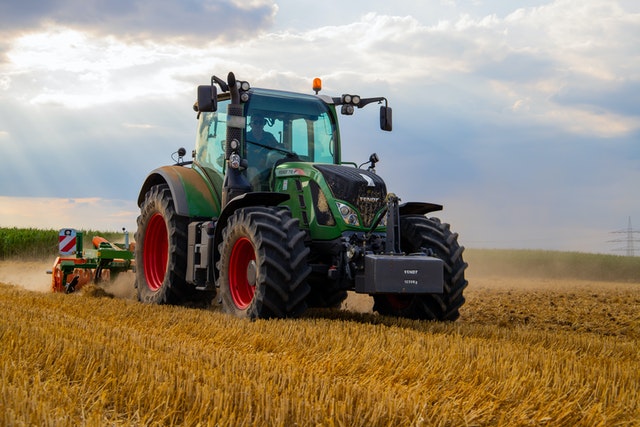 Food and farming are essential components in sustaining life, and no other industry is as largely expanded than the food industry. The food industry is more than just farming and agritech. Part of this industry includes the companies that manufacture products to help speed up the planting, growing, and harvesting processes to keep supplies up with demand.

As the agricultural business sector continues to thrive, manufacturers of high-power engines like tractors and harvesters continue to produce mechanical marvels that innovate farming methods, and perform operations that create better business for the farm industry.

A tractor, much like any high-powered engine, makes farm processes easier and faster for farmers, causing a huge shift in operation flows over the years. With the produce and plant market continuously growing, these tractor manufacturers continue to advance their technologies to keep up with the demand of their customers.

Top 21 Agriculture Engines and Where They Are Made

From diesel engines to high-tech equipment, here are the top farm tractors and engines in the agricultural sector in no particular order.

Zetor supplies at low production volumes, churning out around 3,200 tractors per year, including some Proxima and Forterra models for OEM sales. The company mainly supplies small to medium-sized agricultural lands, forests, and municipalities.

Founded in Osaka, Japan, Yanmar is renowned for its quality mechanical engineering of agricultural machines. In 2015, this Japanese company just completed their millionth manufactured compact engines at three, and four cylinder diesels, with power units reaching up to 100 HP.

Volvo Penta manufactures drainage trenchers and tracked backfilling vehicles under the Mastenbroek line, powered up to 400HP per unit. Volvo Penta also manufactures harvesters for root crops such as potatoes and sugar beets, as well as seed mixers and forage harvesters.

A tractor manufacturing company based in India, Sonalika brands itself as Solis in Europe, utilizing in-house engines to assemble parts in their manufacturing plants. The company specializes in agricultural machinery attachments, and pick and carry farm tractors.

Under the brand TAFE Tractors, this manufacturing company based in India assembles 36-60HP diesel engine machines for use in commercial farms and agricultural lands around Europe. The TMTL Engines Division oversees the manufacturing of air and water cooled engines under Eicher Engines

Established in 1927, SDF is one of the oldest operating manufacturers of farming technology. Known for their Same, Deutz-Fahr and Lamborghini tractors, SDF manufactures latest-emissions engines with their 2.9-liter and 3.9-liter FARMotion designs.

Scania motors can power up to 500HP for their potato harvesting units, and 438HP for the pea harvesting units built with their engines. Scania Motors specializes in diesel-type engines and heavy vehicles like transport trucks and other large vessels.

Perkins engines have been around since the start of agritech under Caterpillar Inc., and is known as one of the classic brands of agricultural farm equipment that has been operating since the 1930's. Known for the off-highway applications and compact units, Perkins has been bringing power into agriculture for decades.

MTU Engines are part of the Rolls-Royce Power Systems, supplying potato harvesters and forage harvesters to customers like Claas buying 5,000 engines a year. Branded with the Mercedes-Benz insignia, this machinery manufacturer continues to supply agricultural equipment to high-end customers.

More well-known for their trucks and buses, MAN started operating with OEM sales. Clients like Claas and Krone look to MAN Engines for their most powerful machinery in creating efficient harvesting systems, with a 37 kW to 1,471 kW (50 hp to 2,000 hp) performance range.

This company deals with diesel-powered tractors and engines, solidifying their sales with a market agreement with Deutz. The company supplies units to Krone, for their 687-898HP harvesting engines.

Kubota is the leading farming and construction manufacturer in Japan, focusing on manufacturing small engines at below 100HP, but they also delve in the business of manufacturing units with medium-sized engine power at 210HP.

While known for their small-scale petrol engines, acquisition of Italian manufacturer Lombardini opened up for Kohler to produce heavy-duty diesel units. Recently, the company has made progress in manufacturing an eco-friendly diesel engine with HVO approval, lowering emissions of their machinery by 90%.

John Deere is known for their heavy-duty feeding tractor lines, combination units, and forage harvester productions which produced OEM sales for the company. The company has manufacturing plants in both France and the USA.

JCB produces mainly four-cylinder DieselMax and EcoMax units, with light construction and farming handlers with 4.4-litre and 4.8-litre engines up to 173hp manufactured in their Foston operations for OEM clients.

One of the biggest construction machinery companies in South Korea, Doosan manufactures mostly for marine applications, but has since expanded to agricultural engine units and compact tractors under the subsidiary, Doosan Infracore in North America.

Together with a multi-year deal with Doosan, Daesong entered the agricultural machine units with most of its engine units built into their Kioti tractors. The company also manufactures all-terrain utility vehicles and engines for farm use.

Operating in Germany, this independent engine company is found powering up farming implements like tractors and heavy tools. With cooperation with Agco, Deutz operates its plants in Argentina, and is growing to include a joint venture in China.

Cummins produces motors, engines and parts that are applied in different use cases depending on their clients. Canada-based Versatile is one of the major clients of Cummins, as Versatile's entire line of products are fueled by the manufacturing company. They distribute power engines, power generation products, and filtration parts.

Caterpillar, or CAT, has been operating in the construction industry for decades, and has delved into agricultural technology with their series of power-generating tractors for use in farms. Their industrial diesel-powered engines and tractors are similarly marked with the yellow signature of the brand, and utilizes Tier 4 technology to combat engine emissions in tractors.

Agco continues to stay on the top list of farming machines and technology giants, having their engineering and assembly plant based in Finland, and manufacturing mechanisms for other companies like JCB's Fastrac Line. Their tractor series and harvesters operate with precision ag technology for quick harvest turnaround.

Majority of these companies operate in a loop economy, where each manufacturer of a mechanical part supplies other manufacturers of farming ranges. Their main differences have to do with the advancements of their products, as well as the horsepower and torque that each company plant can manufacture.

Most manufacturing plant locations are based in countries like India and in nations of Europe, but China is emerging to build plant facilities to get in on the industry. With developments and engineering underway, the industry continues to grow exponentially.