An Ultimate Guide to the Different Types of Farming

An Ultimate Guide to the Different Types of Farming 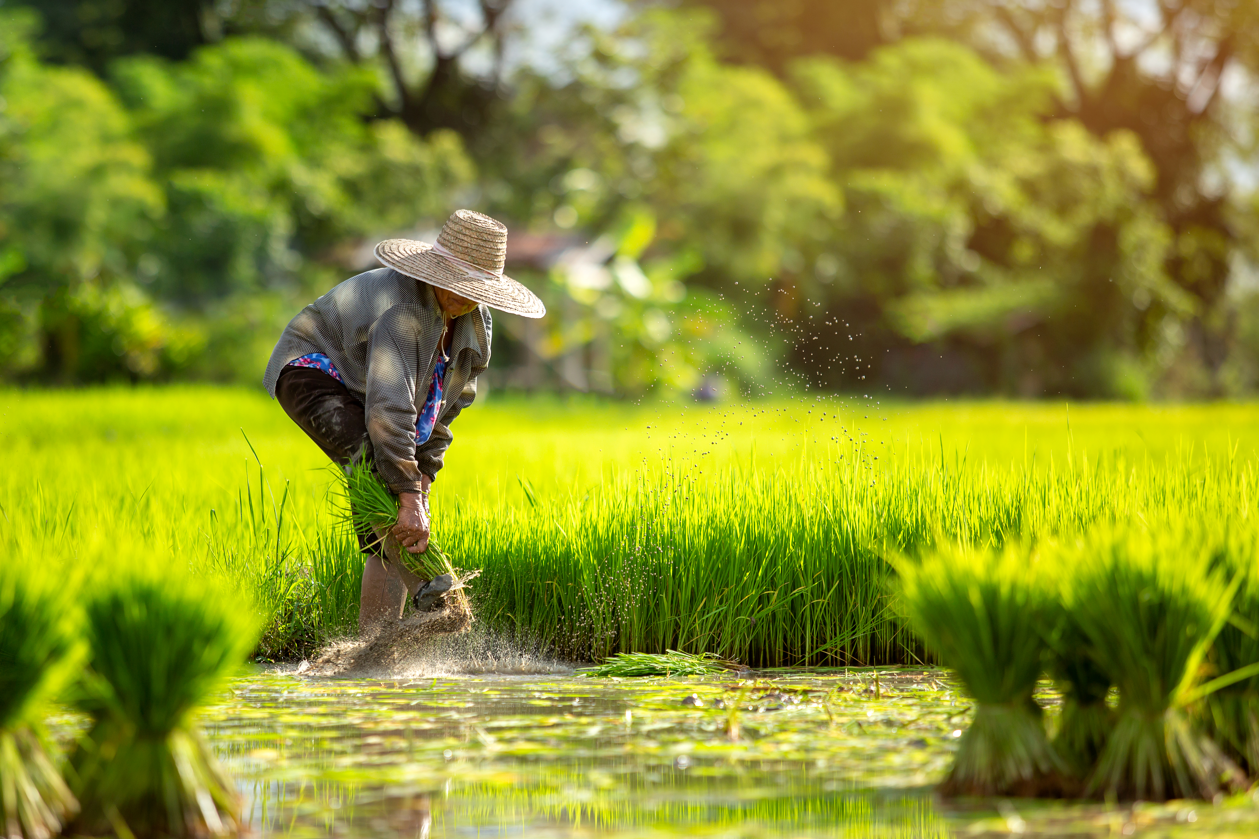 The practice of farming is an ancient one that largely involves using different methods to rear various crops and animals. The objective of farming is for agricultural production - to create numerous types of food crops in order to feed an ever-growing population across the planet.

Over the years, farming practices have evolved greatly to suit the need of the hour and to inculcate the growth of technologies. In the following article, we provide a comprehensive guide to the various types of farming techniques practiced around the world currently.

Arable farming is a method that involves growing crops primarily in regions that have a warm climate across the year. This method is often practiced either on flat lands or on gentle slopes, but it is important that the soil is highly fertile and deep. It is also crucial that the land is neither extremely dry or wet in order to ensure the success of arable farming methods.

It is preferred that the land utilized to grow crops using arable farming is also well-sheltered and is spacious enough to allow the utilization of various machinery.

Pastoral farming is a method that’s predominantly practiced in wet or cold climates that do not allow for the growth of crops. Instead of crops, animals are reared on steep slopes and the income is generated from meats, furs, and other tertiary products such as milk and butter. This is an excellent way of making use of lands with poor fertility as these soil conditions only allow for the growth of grasses and heather.

It is also seen that regions with steep slopes often encounter strong winds, thereby making it further inhospitable for growing crops. Thus in these conditions, animals such as sheep and goats can be easily reared as they can feed off the grasses growing along the hillsides.

Pastoral farming, however, does not support the rearing of dairy animals as these species require flat lands in order to graze effectively.

In the practice of mixed farming, crops and animals are simultaneously grown on the same section of land in order to maximize efficiency. Here, the best practices of arable and pastoral farming are utilized in order to improve the yield of a farm. Thanks to mixed farming methods, the risks encountered by farmers due to unstable weather conditions are greatly reduced.

There is also a symbiotic relationship between the crops and animals on the farm. The manure produced by the animals can be utilized by the farmer to act as a natural fertilizer and further boost their yield without eating into their profits.

Commercial farming is a large-scale technique of farming that is primarily concerned with growing crops for the purpose of generating profits. Animals and produce are grown on a large-scale with the help of machinery and technology with the explicit purpose of maximizing yield. It is often seen that commercial farming involves the technique of monoculture. This is the method of focusing on a single variant of cash crop such as coffee or cotton in order to boost profit margins.

Not all types of farming is conducted on a large-scale to produce goods for the marketplace. In the case of subsistence farming, all farming activities are conducted purely for the purpose of personal use. This is a small-scale, labor-intensive method of farming, specifically pursued for the sake of self-consumption by the farmer and his family. It rarely requires the use of modern technology or high-tech machinery and is mainly concerned with boosting self-sufficiency.

Extensive and intensive farming are two methods that are directly concerned with improving output and yield respectively. In extensive farming, land tillage is conducted to help increase the overall output of the farm. The size of the land is increased by the farmers so as to directly improve the yield without tampering with any other factors related to farming.

Intensive agriculture, on the other hand, involves boosting the capital and labor utilized in the farming activities so as to directly improve the yield over time. This is typically done to increase food production, as well as crop production for formalizing drought-resistant crops.

Much like our ancestors who first practiced rearing animals, nomadic farming involves moving animals from one location to another in the search for ample water and pastures. Much like pastoral farming, nomadic farming is also conducted on arid and semi-arid lands in order to make the best use of the hostile conditions.

Sedentary farming can actually be considered the direct opposite of nomadic agriculture. In this technique, farmers often till one section of the same land for numerous years at a stretch. Sedentary farming technique has roots that date back to 10,000 BC and it is believed to have first been practiced in regions hailing from Eurasia and the Americas.

After our hunter-gatherer ancestors began settling across North America 22,000 years ago, they slowly began to inculcate the practice of sedentary farming in the region. By 7,000 BC, this type of farming had also spread to several regions in South America. It is believed that sedentary farming is the method that first made farming a viable option for settlers many millennia ago.

In the practice of poultry farming, various birds such as chickens, turkeys, and ducks are reared for their meat and eggs. Poultry farming is a major subsection of farming across the world, and according to the USDA, nearly 18% of all U.S exports come from this type of farming.

The major advantage of a poultry farm is that it can be practiced either on a small scale or a large scale based on the preference of the farmer. Recent trends, however, are moving the industry towards producing poultry that are reared on natural pastures so as to reduce instances of animal cruelty. Urban farming has also taken to poultry, as chicken farming takes up less resources than other livestock.

Aquaculture, or fish farming, is the practice of farming that involves raising various types of fish in either artificial water bodies or natural ones such as ponds. Large tanks are often built for the purpose of aquaculture, and this method allows farmers to produce immense quantities of fish in any region around the world. Aquaculture is now seen as a sustainable and clean method of generating high-quality proteins in order to meet the demands of the world population.

Apiary farming is a method that is related to growing bees in a confined space with the intention of producing large volumes of honey. Apiaries can be grown by hobbyists who are interested in producing honey for self-consumption as well. In most cases, however, they are set up for the purpose of commercial agriculture, research, or education.

One of the major benefits of creating a sizable apiary is that sections of the farm can be transportable to suitable and profitable locations. This practice is also known as mobile beekeeping, and it allows farmers to increase their yield and market presence with incredible ease.

Dairy farms are one of the most popular types of farms around the world and they are directly concerned with the production of milk and related products. Most dairy farms utilize cows for this purpose, but others rely on animals such as goats and sheep as well.

As livestock farming is an extremely profitable industry, it is seen that corporations set up large dairy farms in regions around the world in order to maximize their profits. They are also sometimes involved in the process of breeding and raising their animals. This allows them to sustain the population of their vital animals at a lower cost.

As the name suggests, flower farms are specific regions of land dedicated to the purpose of growing and producing various species of cut flowers. This is done to support various industries and is vital for events such as weddings.

Flower farms also feature greenhouses and nurseries in order to ensure that flowers are grown across the year without being dependent on ideal weather conditions.

A hay farm is specifically set up in order to grow feed for livestock. In the United States of America, hay is grown in all 50 states, but the type of grass available varies immensely from one region to another.

Hay farming, however, requires large patches of land, with requirements extending to a minimum of 10 acres. It also requires the use of various machinery such as rakers, balers, movers, and tractors in order to successfully harvest, package, and transport the hay.

The hay is often packaged into small bales, rectangular bales, or massive round bales, and each of these shapes requires a distinct set of equipment to produce. The moisture content on these bales needs to be constantly monitored as well as there is a threat of mold spreading and poisoning the produce.

Farming and its Future

Based on the above examples, it is evident that the practice of farming has come a long way since it was first established to grow produce and a few animals. The modern methods of farming allow agriculturalists to make use of their conditions effectively in order to maximize profits and contribute to the global marketplace.