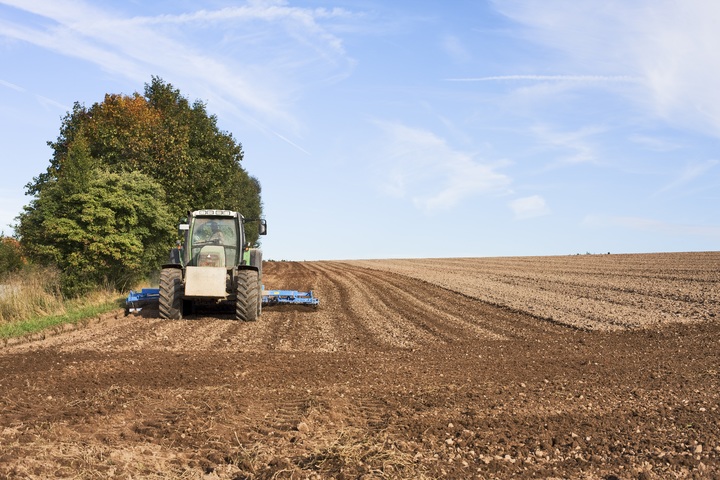 Soil aeration is one of the most important elements responsible for the development of plant life on farmlands. When compared to irrigation and fertilization practices, however, soil aeration often tends to go under the radar of modern farmers.

In this article, we highlight the specifics of soil aeration, its benefits to the ecosystem, and its most commonly practiced methods.

What is Soil Aeration?

Soil aeration is the process of providing air supply to portions of the soil beneath the top surface by moving carbon dioxide and oxygen through the pores of the earth. This process helps deterioration of crops due to oxygen starvation. Additionally, it also helps reduce the carbon dioxide levels in the subsurface levels as they can be detrimental to the plants when they rise to high levels.

The spike aeration method is known to be the least destructive method of aerating the soil and involves making holes in the ground for the air to penetrate through the surface. The lack of tools available for spike aeration, however, are limited, which is why only smaller areas of land can be utilized for the practice of this method.

Tools utilized for spike aeration include various types of prongs, shoes, rollers, and mover attachments. Each of these tools contain spikes that can help create piercings on the top surface. The first three tools listed above need to be manually executed by farmers either by using their feet or by rolling the tools across the farmland. Mover attachments are expensive in comparison but can help the farmers cover larger areas with relatively less time and effort.

Core aeration is a method that deals with cores found in the soil that impede the process of soil aeration. Cores mostly consist of various organic matter such as clay lumps, roots, and thatches found in the topsoil. In the core aeration method, it is recommended that the earth is not pierced, but instead, the cores are pulled out and left on the surface.

Even though the process of core aeration is considered to be messy, it is known to have numerous advantages. This includes:

The tools involved in core aeration include various types of manual aerators and mover attachments.

The concept of liquid aeration involves the use of wetting agents in order to nourish the biota found beneath the surface of the soil. Wetting agents are extremely useful to the soil aeration process as they can help improve the infiltration capabilities of the ground. This helps water reach deeper levels under the soil and enriches the overall soil profile.

It also directly helps microorganisms by providing them room to dig deeper into the soil. When these organisms dig into deeper levels, they invariably benefit the soil aeration process by making room for water to travel along their channels. This is greatly helpful for the root development of plants.

Additionally, liquid aerators also contain food that can be consumed by bacteria in order to improve their activity. It’s also helpful for worms that burrow underground, thereby adding to the porosity of the earth. These prepared channels also help air penetrate deeper into the soil, allowing for greater soil fertility.

Why Is Soil Aeration Important?

Soil aeration has a direct impact on the nutrient supply of farmlands. The nutrients and their subsequent benefits are listed below:

Nitrogen fixation and mineralization are essentially conducted by nitrogen-fixing plants such as legumes, livestock wastes, and organic matter. Aerobic bacteria is helpful in reducing organic nitrogen to tinier forms that can be easily digested by plants. This entire process can only occur when there is enough soil aeration being conducted in the soil.

When there is poor aeration, however, the nitrates are split into nitrous oxide, thereby creating one of the most dangerous gasses that directly contribute to the greenhouse effect. Additionally, denitrifying bacteria also deprive crops of nitrates as most bacteria of this type are facultative aerobic.

These minerals are known to have high valence when found in well-aerated soil conditions, but low valence in soil that’s poorly aerated. Even though plants can only consume manganese and iron in their low-valency forms, their excessive consumption leads to the destruction of crops. This is why the access to low-valency forms must be limited, and this can only be done with the help of proper aeration methods.

Sulfur can be found in the form of sulfate that’s created in properly aerated soils. This is a component that's extremely suitable for plants. In poorly aerated soil, however, sulfate converts into sulfide and hydrogen sulfide, and these are elements that are highly dangerous to crops.

When the nutrient levels in the soil aren’t properly balanced, it can lead to the deviance of root formation. This ends up negatively affecting the entire plant and invariably leads to yield loss for farmers.

Soil that isn’t properly aerated also leads to the creation of various pathogens and root-rotting fungi. Conversely, when the soil receives ample air and water, it reduces the chances of crop and tree diseases affecting the farmland.

The process of soil aeration often tends to fly under the radar even though their benefits are truly diverse and immense. Oxygen remains the driving force for life on our planet, and this is true even for the microorganisms beneath our feet that directly impact the condition of the soil. Looking forward, it would be ideal if technologies related to soil aeration could be further improved so that the manual element of the process is reduced. This will enable farmers to execute on this vital method with greater ease.