Slash and Burn Agriculture: Using Fire in a Sustainable Way

Slash and Burn Agriculture: Using Fire in a Sustainable Way 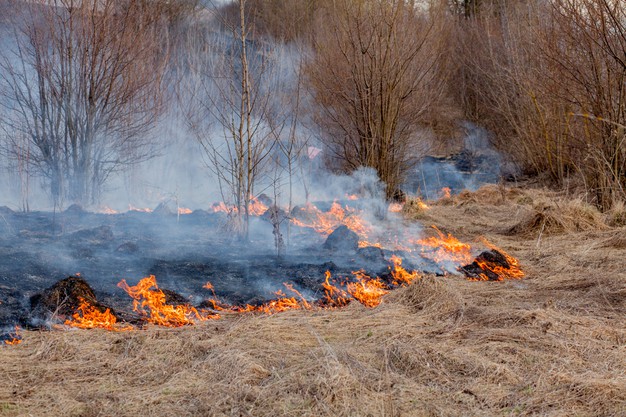 Nearly 12% of the global land area is currently being dedicated to the practice of agriculture. As the amount of land available to this practice continues to shrink, farmers in many countries are forced to conduct agriculture in low fertile regions such as rainforests.

In order to be able to practice agriculture in unsuitable conditions, innovative methods need to be adopted by the farmers. One such method is known as slash and burn agriculture. In the following article, we discuss the process of slash and burn farming along with its positives and negatives.

What is Slash and Burn Agriculture?

Slash and burn farming or slash and burn agriculture is the process of shifting agriculture by clearing a piece of land for cultivation. Here, the natural vegetation of the land is cut down and eventually burned in order to make space for agricultural crops.

This process is seen to be effective because of the natural way in which forests and trees function. The soil of a region loses its fertility over time because the nutrients are absorbed entirely by the trees. When the leaves of the trees fall to the ground or when a tree dies in a forest, all of its parts are broken down by the many organisms living in the ecosystem. This allows the nutrients to return to the soil and offers growing trees the chance to absorb the nutrition again.

This is a continuous process seen in forests that allows everything to stay alive and fertile. When this process is halted in a cleared plot, it soon loses its fertility. The tropical rains add to the infertility by washing away the nutrients from the soil after it is laid bare following the harvest season.

It is estimated that over 250 million farmers from around the world make a living by farming on infertile rainforest soils. By using the slash and burn method on forests, farmers are able to conduct farming on the same plot of land for at least two consecutive years.

What Are the Different Steps of Slash and Burn Farming?

The following steps are often used to conduct slash and burn agriculture by farmers:

Farmers conduct cultivation on the new plot for a few years until the soil has lost all its fertility. After this, the soil is left to regain its fertility by allowing the natural vegetation of the land to regrow in the region. Once the vegetation has become ample in the plot, the burn process is repeated all over again by the farmers.

Slash and Burn Farming: The Positive and Negative Aspects

The following are some of the positives of slash and burn agriculture:

The following are some negatives associated with the slash and burn agriculture method:

Much like a phoenix rising from its own ashes, a plot of land has tremendous capacity for resurgence. The slash and burn agriculture method makes full use of the versatility of soil and crops to ensure that farmers are able to conduct agriculture in inhospitable regions. Although this is not the ideal long term solution to the food crisis and farmer instability, it at least allows a generation of farmers to stay afloat as alternatives arise to solve the problems.