What is Regenerative Agriculture and How Does It Work?

What is Regenerative Agriculture and How Does It Work? 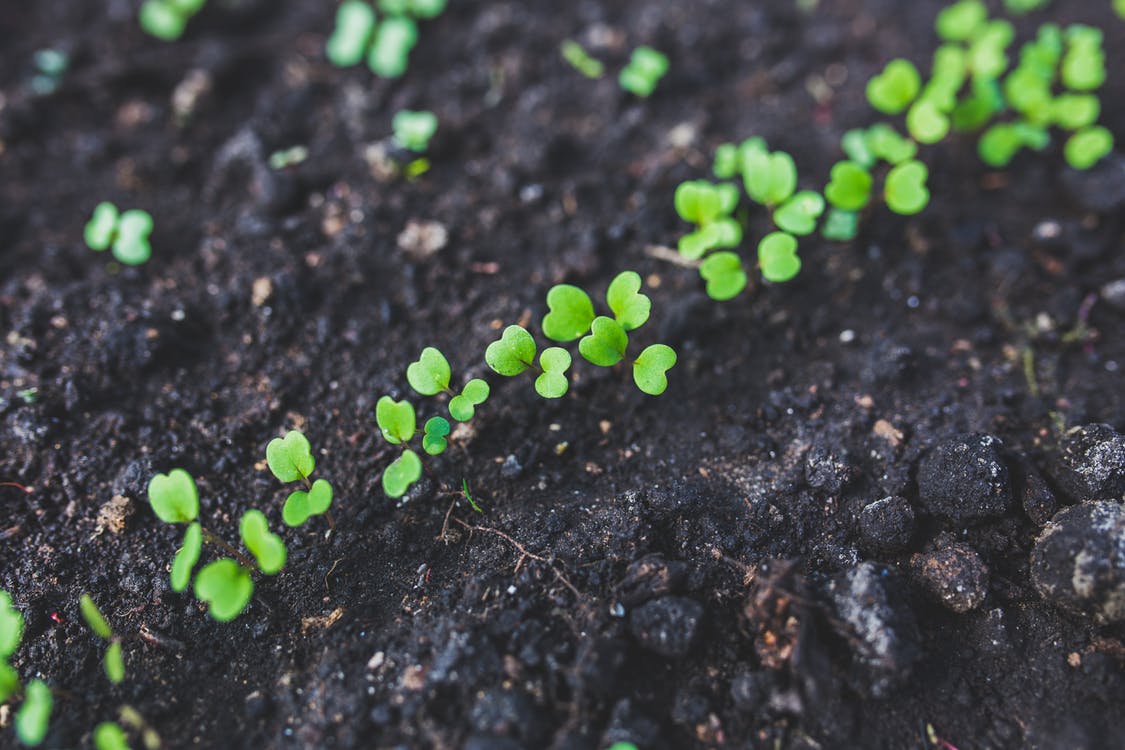 Since the dawn of farming, most agricultural soils have lost between 30% to 75% of their original soil organic carbon. With the widespread modernization of farming in the mid-20th century, contemporary agricultural practices, such as synthetic nitrogen fertilization, tillage, monocropping, and yield-based management systems, have accelerated the depletion of soil carbon stocks adding to the human-induced atmospheric load of N2O and CO2.

Agriculture as it is practiced today across most of the world is not part of the climate change solution; it is part of the problem. It is a net producer of greenhouse gas emissions with amount to approximately 30% of all emissions, with emissions occurring both directly through conventional farming practices that deplete soil carbon stocks, and indirectly through land-use changes.

What is Regenerative Agriculture?

While there is no official, universally accepted definition of regenerative agriculture, the term is typically used as a catch-all phrase for agricultural practices that focus on regenerating and promoting soil health by restoring soil carbon.

Water cycles from rain to stream, river, estuary, sea, ocean, and eventually evaporates up into the sky, forming clouds which will release rain again. Carbon cycles through the world in a similar way. There are two specific points in the cycle that are worth understanding - carbon sinks and carbon sources.

A carbon sink is growing in size and captures more carbon than it can release - it is like a type of carbon "storage". Common examples include the bottom of the ocean, untouched fossil fuels, and the atmosphere. A carbon source is shrinking in size and is releasing more carbon than it accumulates. Burning fossil fuels are a prime example of carbon sources, along with natural processes like photosynthesis and respiration (we emit CO2 when we breathe, for example).

Over the last several decades, as agriculture has become increasingly reliant on chemicals and building soil health has been deprioritised, global soil carbon stocks have been declining. However, regenerative agriculture aims to use some of the carbon that plants have absorbed from the atmosphere to help restore soil carbon - effectively turning the soil into a carbon sink that "sucks" the carbon out of the atmosphere and into the soil via plants.

When plants photosynthesize, they take carbon dioxide from the air and – using the sun’s energy, water, and nutrients from the soil – transform it into carbon the plant uses to grow. The excess carbon created through this process is transported down the plant and is stored in the surrounding soil, sequestering the carbon in the ground. This carbon in the soil is known as soil organic carbon. It feeds microbes and fungi, which in turn provide nutrients for the plant. Soil organic carbon is the main component of soil organic matter, providing more structure to the soil and allowing it to store more water.

A carbon-rich soil is not only beneficial to mitigate climate change, it also is vital to support beneficial fungi and microbes that enhance plant growth, and to provide porosity and structure to the soil, helping with water absorption and oxygenation.

How Does It Work: Common Regenerative Agriculture Practices

Regenerative agriculture is a system of farming principles and practices that seeks to rehabilitate and enhance the entire ecosystem of the farm, by heavily prioritising soil health. As the Rodale Institute put it, it is a method of farming that “improves the resources it uses, rather than destroying or depleting them."

Some of the practices and principles in regenerative agriculture include:

This is a practice where farmers avoid plowing soils, and instead drill seeds into the soil. Plowing and tillage dramatically erode soil and release large amounts of carbon dioxide into the atmosphere. They also can result in the kind of bare or compacted soil that creates a hostile environment for important soil microbes.

By adopting low- or no-till practices, farmers minimize physical disturbance of the soil, and over time increase levels of soil organic matter, creating healthier, more resilient environments for plants to thrive, as well as keeping more and more carbon where it belongs.

Plants are grown to cover the soil after farmers harvest the main crop. A common choice of cover crop is clover, as it is a nitrogen fixer - meaning it pulls nitrogen out of the air and puts it straight into the soil so it can feed other plants.

Left exposed to the elements, soil will erode and the nutrients necessary for successful plant growth will either dry out or quite literally wash away. At the same time, planting the same plants in the same location can lead to a buildup of some nutrients and a lack of others. But by rotating crops and deploying cover crops strategically, farms and gardens can infuse soils with more and more soil organic matter, often while avoiding disease and pest problems naturally. Bare soil is bad soil.

Planting three or more crops in rotation over several years, or rotating crops with livestock grazing can have beneficial impacts on soil health and resilience. Different plants release different carbohydrates (sugars) through their roots, and various microbes feed on these carbs and return all sorts of different nutrients back to the plant and the soil. These networks of symbiotic relationships help farmers create the rich, varied, and nutrient-dense soils that lead to more productive yields.

Reduced fertiliser and pesticide use

This is more of a result of adopting regenerative agricultural practices, than a practice of its own. By rotating crops, using cover crops, reducing tillage, and planting diverse crops, your soil will naturally become richer, more biodiverse in its microbiota, fungi, and other fauna that may benefit the crops you're growing on it, without relying on fossil fuel-based chemical products.

The Advantages of Regenerative Agriculture

Soil erosion is the process by which valuable topsoil is lost over time due to either wind or water. It is a persistent problem worldwide, with current experts estimating we are losing 1% of our topsoil per year. If you consider that it takes 1,000 years to generate 3cm of topsoil, and factor in that 95% of our food is grown on topsoil, you quickly see just how vital it is to supporting our civilisation. The loss of this topsoil results in lower yields and higher production costs.

When topsoil is depleted, not only does this result in lower yields and higher production costs, but it can also cause rills and gullies that make the cultivation of paddocks impossible.

The impacts of erosion on cropping lands include:

Luckily, implementing low- or no-till practices of regenerative agriculture have been found to be immensely effective at mitigating soil erosion. A study by the University of Illinois College of Agricultural, Consumer and Environmental Sciences indicated that even just 40% implementation of no-till practices had the same beneficial effect on mitigating soil erosion as 100% no-till implementation.

With soil erosion comes runoff - the process of the displaced soil finding a home somewhere it isn't meant to be. A common occurrence is the runoff of soil after heavy rainfall into nearby water systems like rivers. This can have devastating consequences for aquatic life in these ecosystems, particularly if the soil was being treated with chemical fertilisers, as these nitrogen-rich fertilisers can cause algal blooms, which kill off all nearby aquatic life, effectively turning a once-thriving ecosystem into a dead zone.

Preventing soil erosion with low-/no-till practices, and a reduced reliance on these mineral fertilisers that arises from regenerative agricultural practices also lowers the risk of water pollution occurring in this manner.

The more organic matter you have in the soil, the more water-holding capacity that soil has. What does that mean in the face of climate change?

Recall the water cycle mentioned earlier. This cycle has been altered in different ways in different parts of the world by climate change. The result is shifting precipitation patterns and increased evaporation that causes more frequent and powerful rainfall events, as well as more severe droughts. In many areas, rainfall has become either increasingly abundant or is in desperately short supply, relative to historic averages.

In either scenario, having soil with increased water-holding capacity is an asset. In areas with little rainfall, the soil can make the most of every droplet, while in areas with greater downpours, the carbon-rich soil is able to hold more water than its less healthy counterpart, preventing inundations and drowning plants.

Not only does regenerative agriculture help farmers deal with current climate change impacts by making their farms more resilient and adaptive, it also allows them to take action to actively fight it long-term by sequestering carbon out of the atmosphere and into the ground.

Why Make the Switch to Regenerative Agriculture

Carbon can remain stored in soils for thousands of years – or it can be quickly released back into the atmosphere through farm practices like plowing and tillage. For farmers, regenerative agriculture is a win-win – it’s an approach that leads to better, more resilient crops grown using sustainable methods that at the same time fight a crisis that presents a threat to all agriculture.

Even some of the world's biggest brands, such as General Mills, have bought into the potential and benefits of regenerative agriculture. They’ve partnered with other organizations to develop resources and training to help farmers work toward the widespread adoption of soil health practices.

Regenerative agriculture is not a silver bullet to solving our climate change crisis. However, it is a simple step that can drastically improve yields, resilience, and long-term profits even in the face of changing climate patterns globally.

Read more: Insect Farms as a Source of Protein