The Pros and Cons of GMOs: Are They Really Bad?

The Pros and Cons of GMOs: Are They Really Bad? 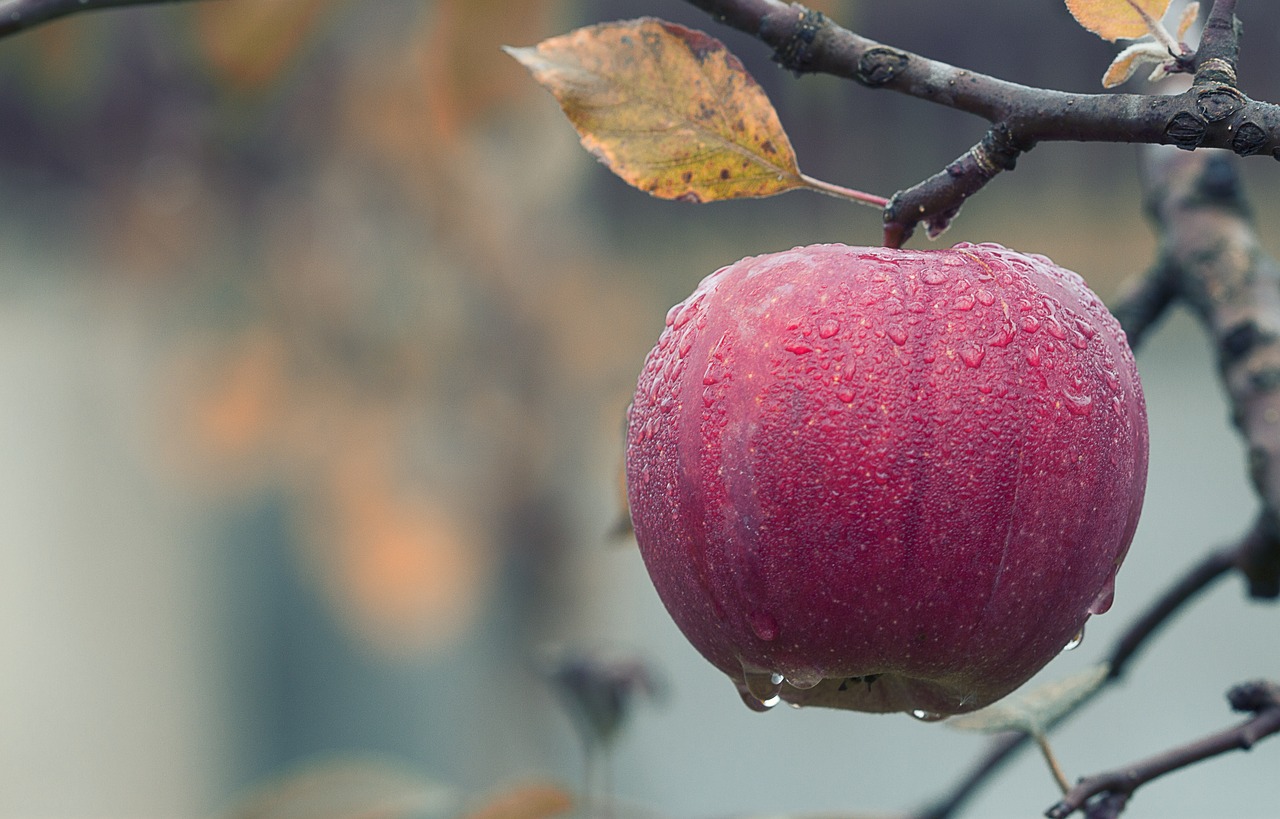 Manipulating the genes of living organisms is a complex and morally-loaded process that has eventually led to the rise of GMOs. Genetic biotechnology was first accomplished by Herbert Boyer and Stanley Cohen in 1973 when the two researchers used transgenesis for genetic modification.

Since that point, there have been numerous and rapid developments in biotechnology which is why GMOs are so abundant and popular today. In the following article, we conduct a close examination of the advantages and disadvantages of GMOs in order to finally answer the question — are GMOs really bad?

Before we begin to discuss the pros and cons of genetically modified organisms, we must first understand the meaning and definition of this concept. GMOs or genetically modified foods include any living organism whose genetics have been artificially modified in order to remove or introduce certain elements from their internal composition.

The addition or subtraction of genetic materials in various plants and animals leads to the creation of genetically modified foods. The modifications conducted within the genetics of the plant is intended to improve the performance of the plant in one or more departments. This could be with regard to flavor, size, color, resistance, and many other factors.

In order to create a GMO plant, researchers have to follow these steps:

How to Identify GMO Foods?

There are several methods available to help you identify GMO foods in the market. These methods can help you select or avoid GMO foods based on your preferences.

Look for the Appropriate Labels

Any food that is marked with the 100 percent organic seal from the United States Department of Agriculture will not contain any GMO ingredients. Unfortunately, this branch does not individually test products to verify their contents. This is why most people seek out the Non-GMO project verified seal as it is known to be far more reliable in this regard.

The Non-GMO project verifies all the products that are under their certification, and any product that has been granted approval does not contain more than 0.9% genetically modified ingredients.

A 2014 consumer reports study tested various foods under the GMO project verified seal and USDA organic seal and confirmed that none of the foods contained more than 0.9% GMOs.

Most of the foods in the market that contain corn or soy are most likely to contain GMO materials. This is especially true if the corn or soy in products were not derived organically and if they did not carry the Non-GMO project verified seal.

A large number of regularly consumed products tend to contain GMO versions of corn and soy. This includes baking mixes, granola bars, corn cereal, tortillas, soy-based infant formulas, tortilla chips, tofu, soy milk, and veggie burgers. It is safe to assume that any product made with soy and corn that does not feature a specific Non-GMO label is likely to contain GMO ingredients.

Sugar beets are the major ingredient used to create sugars and processed foods in the United  States. In fact, 99% of most baked goods, sweets, sodas, breads, soups, cereals, and yogurts are made using sugars extracted from sugar beets. Sugar beets is one of the most popular GMO crops in the U.S, which is why it is likely that all the foods mentioned above contain GMOs.

One of the most popular substitutes for sugar beets is high fructose corn syrup, and as previously mentioned, most of the corn also includes GMO materials. Some of the sweeteners that are least likely to contain GMOs include agave, molasses, cane sugar, and turbinado sugar.

The Pros of GMOs

In this section, we discuss the pros of consuming GMO foods and the pros of having GMOs in the marketplace.

A large number of GMO crops have been specifically modified in order to make them less vulnerable to various insects and pests. An example of this can be seen in the case of Bt-Corn. This variant was infused with a gene hailing from Bacillus thuringiensis which is a naturally occurring bacteria in the soil.

Thanks to this specific introduction to the biological structure of the corn, the plant is now capable of producing a brand of protein that’s capable of killing many troublesome insects and pests. This helps to protect the corn from damage and ensures that the yield of the farmer is preserved till the harvest season.

This process is useful to the farmers for various reasons, the most important being that farmers don’t have to spray their plants with dangerous and toxic pesticides as the plants are now capable of protecting themselves.

A study conducted in 2020 highlighted this fact and noted that farmers growing GMO crops ended up reducing their pesticide use by 775 million kilograms between the period 1996 to 2018. This massive reduction in pesticide use led to lower health risks in the individual consumer and also reduced the damage caused to the environment.

The entire purpose of genetically modifying crops is to increase the efficiency of their growth cycles in some form or another. This allows farmers to create the same amount of produce by utilizing fewer resources in terms of land, water, pesticides, insecticides, and herbicides.

As there is plenty of savings for farmers during the cultivation process, they can afford to lower the price of the GMO foods being created by them. It is seen that in some cases, the cost of GMO foods such as corn, soybeans, and beets can be cut down anywhere from 15 to 30%.

Some of the GMO crops being cultivated around the world currently are known to offer greater levels of nutrients such as minerals and vitamins. An example of this would be the variant of African corn created using the principles of biotechnology. This version is known to contain:

This utility of GMO crops can be especially useful in parts of the world where the population faces issues of nutritional deficiencies.

The Cons of GMOs

Although there is plenty to be positive about with regard to GMOs, there are a few concerns that need to be addressed as well. We list the major ones below:

As genetically modified crops have only recently been added to our collective food stream, it makes sense that not every individual has adapted their systems to consume these products. GMOs are known to contain DNA from other organisms, and this can cause severe allergic reactions in some individuals who would have otherwise not been allergic to the same foods.

An example of this is the GMO soybean crop that was infused with the DNA from brazil nuts. This version of soybean was seen to be unsafe for people with nut allergies and this is why it was never released into the market.

The fact that GMO foods cause allergies has now become common knowledge among scientists and researchers, which is why all GMO foods are being extensively tested for allergens before they are made available to the public.

During the process of introducing new DNA material into plant cells, researchers often also include an additional gene that makes the cells of the plant resistant to various antibiotics. This allows the researchers to now utilize an antibiotic in order to kill off any plant cells that were incapable of absorbing the new DNA.

This is a valuable step of the entire genetic modification process, but it has severe consequences for the public. Research is now revealing that the antibiotic-resistant genes do not necessarily dissolve when you consume GMO foods. Instead, in some cases, these genes can actually move through your feces in order to enter the drainage system of the region.

During this elaborate journey, it is possible for the genes to be absorbed by either harmful bacteria found commonly in the sewers, or by the human gut itself. The latter situation can cause various illnesses in the consumer including staph infections.

A larger problem here is that the super-bacteria present in the consumer’s body are likely to possess a higher level of resistance towards antibiotics. This means that doctors will have to increase the dosage and strength of the antibiotics utilized to treat such patients.

Genetically modified foods have simply not been around long enough for us to understand everything we need to about their strengths and weaknesses. It is also a matter of concern that very little long-term data exists in terms of the effects these foods have on the human body.

Until the long-term analysis of these foods have been conducted and a conclusive result has been obtained, there remains a certain element of risk associated with their consumption.

According to the Center for Food Safety, every genetic insertion we make creates the possibility that a formerly non-toxic element in our food could not turn toxic. The resistance to antibiotics, cancer, and creating a suppressed immune function are some of the long term risks associated with genetic modification. Until conclusive studies have been conducted on these topics, it is hard to definitively state that all GMO foods are safe for human consumption.

According to a recent study conducted by Food Science and Human Welfare, it is seen that there are three major risks associated with GMOs: allergenicity, toxicity, and genetic threats.

It is a matter of concern that GMOs could irrevocably alter the genetic integrity of various plants and could potentially activate toxins to create a disastrous ripple effect on the ecosystem.

According to the World Health Organization and the Food and Agriculture Organization of the UN, there are two major issues with regard to the genetic modification of our natural food sources: the creation of new proteins that can cause allergic reactions in consumers, and the boost in the levels of allergens in the host plant.

Thus we see that there are risks associated with the process of inserting genes into plants for the sake of modification, especially in the resulting foods. An example that can be used to illustrate this point is the case of StarLink corn that was modified to be insect-resistant. After this corn was released into the market, there were numerous reported cases of consumers facing severe allergic reactions to this genetically modified version of corn.

The Truth About Genetically Modified Organisms

As the above sections clearly suggest, there are plenty of reasons to be optimistic about GMO foods, and quite a few reasons to be cautious about the same. Biotechnology is a field of science that is only beginning to come into its own in recent years, and it still has a long journey ahead. If we give genetic modifications enough time, we are sure to perfect this process and create foods that are doubly nutritious and cost us only a fraction to grow.

Until then, the idea is to protect the population from the threats posed by GMO foods currently, and this can only be achieved by spreading ample information about this new breed of nutrition.