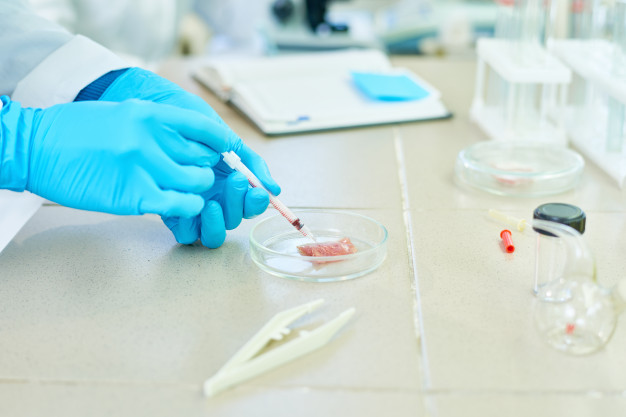 Our historic connection with consuming meat has gotten us into a lot of trouble in recent times. Thanks to the popularity of meat consumption around the world, the meat industry is alive and thriving. Unfortunately, this is also killing our planet.

The impact of the meat industry on the environment has been well-documented at this point. It is known to cause deforestation, forest fires, climate change, increases the risk of pandemics, and destabilizes various ecosystems. It is an absolute necessity that we seek out alternatives to consuming meat, and fortunately, there are many companies around the world intent on doing just that.

Plant based meat is the latest solution to the problems caused by the meat industry. Plant based meat is as flavorful as conventional meat, but without the baggage of destroying our environment. In this article, we look at some of the top plant based meat startups and companies around the world that are making ripples in the field.

Top Plant Based Meat Companies in the Industry

It is impossible that you haven’t heard of impossible foods by this point. This brand is responsible for bringing plant based meat to the mainstream by creating delicious burgers without the use of any meats.

The company was established in the United States in 2011, and was the brainchild of Stanford biochemistry Professor Pat Brown. His intention to quit his day job was to create a solution to one of the biggest problems on our planet, and he managed to do exactly that.

Impossible Foods focuses on researching various animal products at a molecular level. Once they identify the various protein and nutrients required to create the nutrition and experience of meat products, they recreate the same with the help of various plants.

If you look up Impossible Foods today, you will likely find their meat-tasting vegan burger first. This product has become so popular that it is currently valued at over $4 billion. It can be found in restaurants such as Burger King and White Castle, along with over 8,000 grocery stores around the country.

This Canadian brand is primarily part of the Vegetable and Fruit Processing Industry. The plant based meat produced by the brand is also known as Gardein and is a substitute that is rich in protein. In fact, there is more protein per ounce of Gardein than in meat, with the added benefit of being low in fat as well. Additionally, this plant based meat is also rich in minerals and vitamins.

Pinnacle Foods acquired Gardein in 2014 for a whopping $154 million. The founder of the brand — Yves Potvin, is still associated with the organization as they continue to further enhance their recipe.

Beyond Meat Inc. is another popular brand to hail from the United States and their plant-based protein foods can be purchased in the form of burgers, sausages, strips, crumbles, and a lot of other variants.

According to the company, the major ingredients of their plant based protein foods include water, expeller pressed canola oil, rice protein, pea protein isolate, refined coconut oil, and a few other natural flavors such as beet juice extract and apple extract.

The best part is that the patties and other products made by this brand cook and taste exactly like your typical meat burger.

Established in 1985 in Stokesley, U.K, Quorn Foods is a brand that genuinely believes that everyone needs to change what we eat. Their focus is on curbing global obesity levels and decelerating climate change, which is why they are known for the delicious yet healthy plant-based meats.

Their protein is entirely produced using non-animal sources and they sell these products under their brands Cauldron and Quorn.

Quorn Foods is aiming big in terms of ramping up their production volumes in the coming years. They are looking to produce 8 billion servings of food each year by the year 2030, and that equates to one serving per person on the entire planet.

Canada is one of the largest producers of peas in the world, and coincidentally ,peas also happen to be one of the best ingredients to be used in the production of plant based meat. Using this factor to their advantage, Maple Leaf has established a plant in the U.S to produce plant-based meat in Shelbyville, Indiana.

Maple Leaf will soon become the first major company in the world to be entirely carbon-neutral. They have achieved this by using science-based targets in order to reduce their emission levels.

Headquartered in Corby, U.K, and established in 1993, Vbites Food Limited was initially founded as the Redwood Wholefood  Company. It was the creation of Heather Mills and is currently one of the biggest plant-based brands in all of Europe.

The company has perfected the art of producing plant-based meats, and are currently offering this invaluable edible in the form of 140 various products.

Vbites is also known for its incredible food technology. They have a large team dedicated to the research and development of plant-based meats, and they continue to create more fascinating products in the segment with each passing year.

MorningStar Farms is actually a subsidiary of Kellogg Company and was first established in 1975 in Michigan, U.S. They procure various vegan and vegetarian food, and most of their products are variations of popular meat-based products. The brand produces numerous products currently including burgers ,chicken to meat starts, breakfast items, and veggitizers.

Boca Foods Company is popular for their Boca Burger — a complete soy-based meat burger. The brand was first established in 1979 in Chicago, Illinois, and is a subsidiary of Kraft Foods.

They also make various types of frozen, and low-fat products that are entirely meatless. Their substitutes are known to be rich in various essentials such as calcium, fiber, and protein.

Some of the items on the menu of this brand includes breakfast links, burgers, meat-free lasagna, ground meatless crumbles, and breaded faux chicken nuggets.

Their soy-based food products are made using non-organic and organic soy protein and can offer their customers the same nutritional value as meat products.

Amy’s Kitchen Inc. was one of the most important names responsible for pioneering the movement of making plant-based foods. This company was initially established in Petaluma, California in 1987, and over three decades, have become a reliable name in the industry.

One of their first creations was a vegetable pot pie made with a trademark homestyle crust. This pot pie became incredibly famous in a short span of time and is one of the reasons for elevating the brand into the public eye.

Today, the brand churns out over 250 products in the plant-based meat segment. It includes popular cuisines and dishes such as pasta sauce, pizza, soups, beans and chili, desserts, veggies burgers, and sandwich rounds.

Additionally, the products made by Amy’s Kitchen Inc. can currently be found in over 23 countries from around the world. The brand employs over 2,700 people and is continuing to spread the good message of the benefits of eating plant-based meats.

They have manufacturing units in three locations to match their demand as well — Pocatelloc, ID, Medford, OR, and Santa Rosa, Ca.

The Vegetarian Butcher is a brand operating in the United Kingdom and established in 2010. It is the brainchild of Jaap Korteweg. He belongs to a long line of meat farmers and was a major meat lover himself, before he decided to turn vegetarian and establish a plant-based meat company to help others make the conversion as well.

The various products created by Jaap are currently sold in 17 countries and over 4,000 various outlets. The success of the brand prompted Unilever to acquire the Vegetarian Butcher and expand their personal portfolio in the field of plant-based foods. The company now offers various healthy foods such as vegetarian nomeatball, vegetarian notuna, vegan nochicken chunks, vegan nomince, vegan nochicken shawarma, and vegetarian nobacon.

It is not easy to reinvent the wheel, especially when the wheel tastes so good after being cooked on a grill. Fortunately, alternatives are already at hand, and they will be coming to grocery stores near you soon. Plant-based meat alternatives decrease our dependency on the largest factor causing global warming and it gives our planet a chance at restoration.

Making the switch to plant based meat is the key, and it needs to be adopted as soon as possible. Our planet’s future depends on it.