IoT in Agriculture: Farming with the Internet of Things

IoT in Agriculture: Farming with the Internet of Things 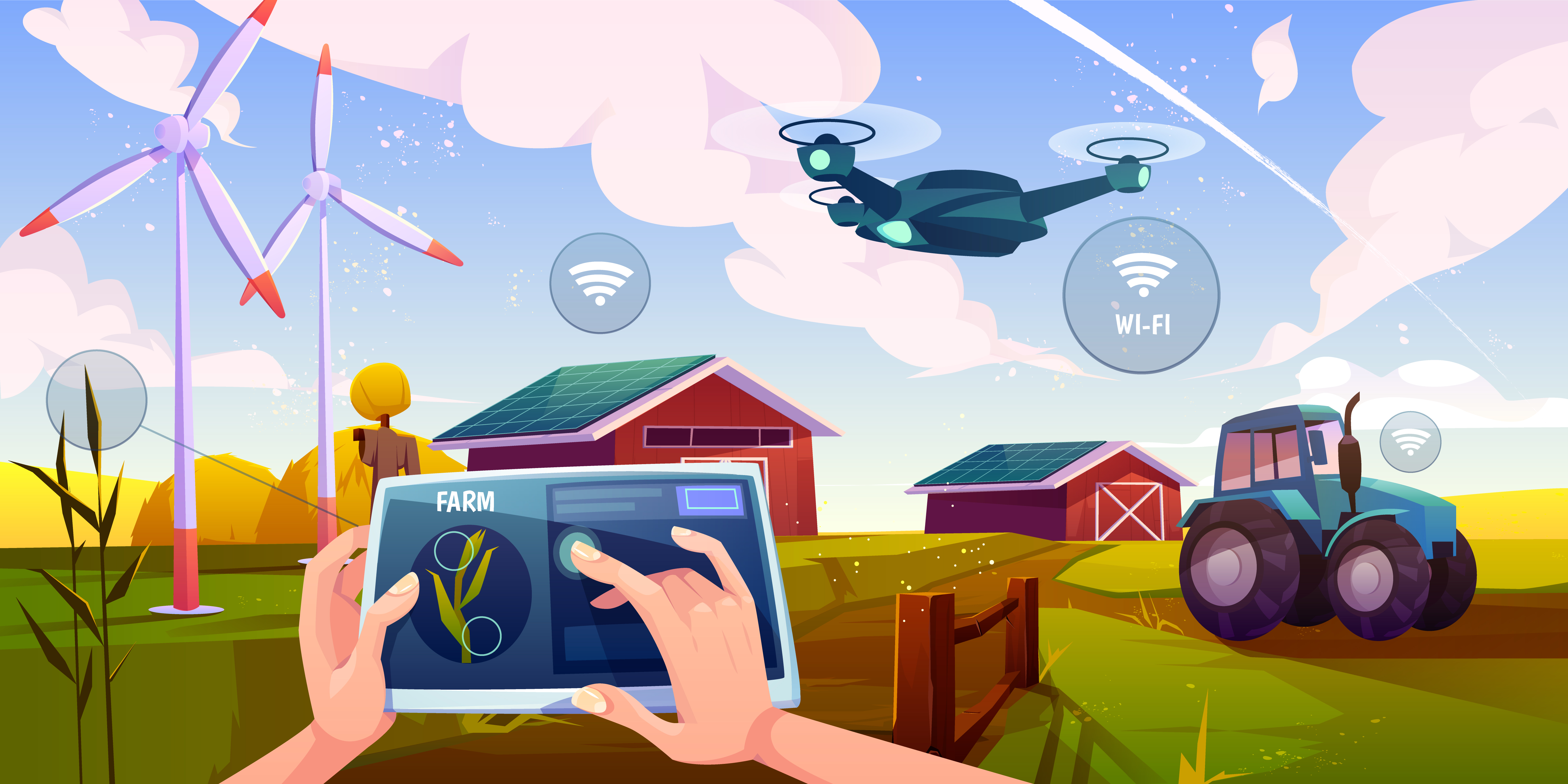 According to the UN Food and Agriculture Organization, global food production needs to increase 70% by 2050 in order to keep up with rising populations. Additionally, shrinking agricultural lands and decreased availability of finite natural resources are putting farmers under immense pressure to boost their land's productivity without harming the environment.

Farmers are therefore increasingly turning to technology and smart farming to improve the efficiencies of their food production systems. One such technology is known as the Internet of Things (IoT), and though in its infancy, IoT in farming has enormous potential to improve the way we feed ourselves and the world.

What is IoT in Agriculture?

The global smart agriculture market is estimated to be worth $15.3 billion by 2025, triple its value in 2016. Moreover, the adoption of IoT devices specifically is growing at a rate of 20% per year, and doesn't seem to be slowing down.

IoT technologies refer to equipment or devices that are connected to other devices through the internet. Think of smart heating and lighting systems in homes that can be controlled from a mobile phone - these are IoT appliances.

It didn't take long for these technologies to make their dent on the agriculture industry. Part of the smart agriculture arsenal of tools and artificial intelligence, IoT in farming enables farmers to increase automation of vital farming processes, and manage them from anywhere with an internet connection.

When used in conjunction with agri sensors, mapping, and other smart agriculture technologies, they can greatly increase the productivity of farmers' operations. For example, farmers can monitor their crop field from anywhere using IoT devices. With the help of various sensors, can administer appropriate inputs at variable rates, saving farmers both time and money.

The Benefits of IoT and Smart Farming

IoT technologies and smart farming have the potential to transform how we grow food. There are three overarching benefits that are worth noting, which work together to boost farm revenues. Of course there is an upfront cost to acquiring these technologies, but they pay themselves back time and time again.

It arms farmers with data - lots of data

While data is primarily collected from smart agricultural sensors, it is relayed to other equipment and devices through the IoT. This data not only helps farmers identify quick wins, but can inform more accurate short and long term decision-making (read more about the applications of big data in agriculture).

Farmers can use data on factors like soil quality, weather, crop yield, and more to model fluctuations in the year. This predictive power allows them to mitigate the risk of wasted harvest, and manage supply to meet demand for every crop, at every point in the year.

Imagine getting a notification on your mobile phone from a soil sensor that moisture is low in a specific area of your field, and resolving the situation by turning on your irrigation system with the tap of the button. IoT has the power to save time and boost the efficiency of farmers' whole operation.

What Are The Different Types of IoT Solutions?

Applications of IoT technologies in agriculture are not limited to crop yields alone. They can be used in greenhouses or indoor vertical farms, on weather stations, in the field, or on livestock.

Various climate sensors are connected through the IoT to create predictive models of different weather patterns. These data points are sent up to the cloud, which allows them to be accessed from any device with a connection.

Farmers can use this weather data to choose the right crops to plant at different times of year, or adapt and mitigate negative effects of short term weather patterns. allMETEO and Pycno are examples of these IoT technologies.

Placing IoT sensors in the field can help farmers get real-time data on factors affecting crop health and overall yield, such as soil quality, leaf water potential, and precipitation. This data helps farmers identify disease and infection in their crops, and earlier treatment interventions. Some examples of such tools are Arable and Semios.

IoT equipment can be used to track the health of individual livestock and of a herd. Sensors around a cow's neck for example can relay their location, temperature, nutrition, activity, and overall health to the farmer. The most critical application is early isolation of infected livestock from the herd. SCR by Allflex and Cowlar work in this way to keep farmers ahead of the curve.

IoT technologies in agriculture and smart farming solutions have enormous potential to change how we farm forever. By connecting various sensors from fields, livestock, and tractors to mobile devices and each other via the cloud, IoT brings a whole new dimension of automation, efficiency, and precision to traditional farming methods.

With the challenge of feeding 9 billion people by 2050 imminent, smart agriculture seems to be a promising solution to a global problem. The applications of IoT to the agriculture industry are still in their infancy, but if IoT's meteoric rise is anything to go by, this is a trend not likely to stop anytime soon.