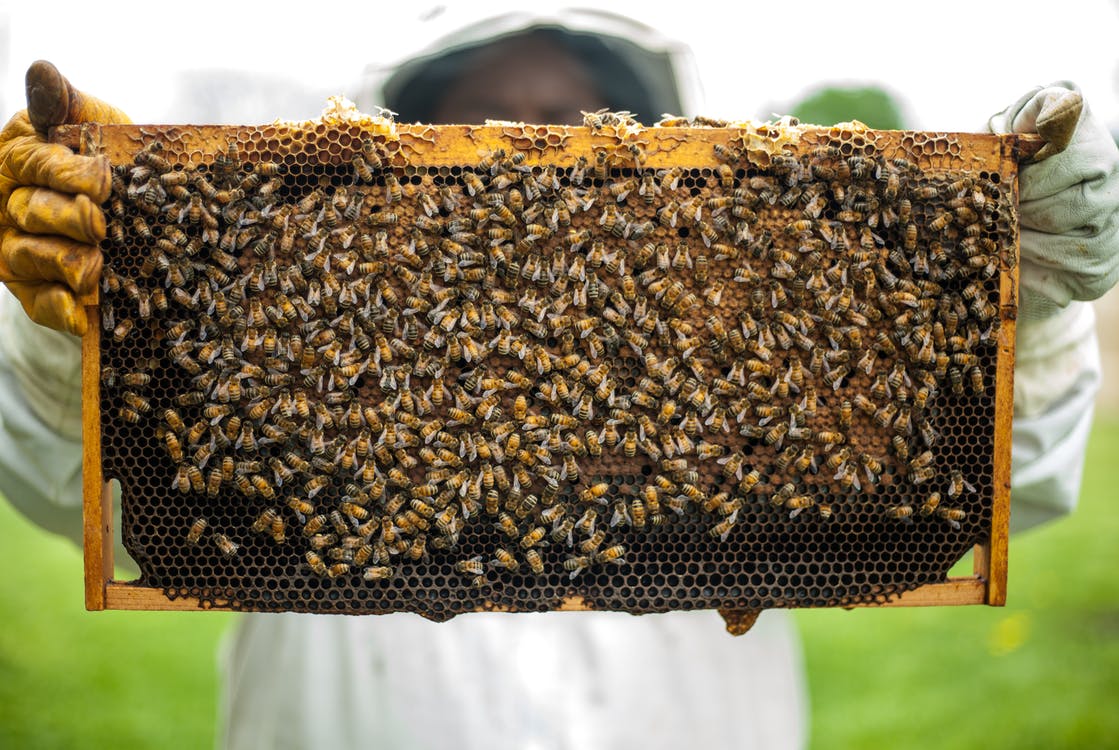 Insect farming involves breeding, rearing, and harvesting insects for consumption. Currently, the majority of farmed insects in the developed world are produced for consumption by livestock like poultry, or for pet feed. However, other applications of insect farming include rearing for human consumption, and for the pharmaceutical and cosmetic industries.

Insects are packed with very high-quality proteins, making them a very desirable, protein-rich substitute for existing feed proteins given to livestock. For example, the popular fish meal feed can be replaced with meals made from fly larvae, since the amino acid composition of the two are very similar.

In addition to being reared and harvested to be used in animal feed, insects are also farmed for uses in the cosmetic and pharmaceutical industries. For example, the skin care industry has been known to extract fats from black soldier fly larvae, houseflies, and locusts for use in various creams and lotions. Additionally, there have been reports of a cockroach farm in China, breeding cockroaches in a sterile environment to create oral medicines that supposedly alleviate stomach pain.

It is estimated that approximately 80% of the world's population consumes some form of insect on a regular basis. The practice of humans eating insects, or entomophagy, is thought to date back to several tens of thousands of years ago when humans were hunter-gatherers. Fast-forward to the modern day, and the practice is still alive and well, albeit in an altered form due to advances in agri-technology. Insects are currently being farmed for use as protein powder, high-protein flour, or simply as nutritional supplements.

A Brief History of Insect Farming

Insect farming is known to date back to prehistoric times, before humankind adopted an agrarian lifestyle. However, the practice persisted nonetheless. There is documented evidence of Ancient Greeks and Ancient Romans particularly enjoying beetle larvae raised on a diet of flour and wine - a particular delicacy among the aristocracy of the time.

The human consumption of insects is also referenced in the Old and New Testaments of the Bible, implying their farming remained relatively prolific then. More recently, in the mid-1800s, there are records of a Western traveller happening upon Native American tribes farming insects for consumption, specifically Mormon crickets.

Today, insect farming and consumption is still very popular in Southeast Asia, parts of Africa, and Latin America. In some rural African populations, as much as 60% of the diet is based on insect protein.

Today, it is thought about 1,900 varieties of insects are consumed worldwide. The most popular insects by far are honey beetles and caterpillars, which make up 31% and 18% of all insects consumed, respectively. Other somewhat popular contenders are wasps, grasshoppers, wasps, crickets, ants, and locusts.

An estimated 150-200 species of edible insects are farmed and consumed in South-East Asia alone. In some parts of Africa, caterpillars are consumed by the hundreds of grams per person per week. Here are seven common insects that are farmed for a range of final applications.

Perhaps an unexpected yet simultaneously obvious first choice, honey bees are the most commercial example of insect farming in action. Honey is a household staple in most of the world, yet the process by which it is produced might stun some. Honey is effectively regurgitated by bees - it is bee vomit. And yet 1.8 million tons of it is happily consumed globally, along with other bee byproducts such as beeswax and royal jelly.

Beetles are the most popular insect consumed worldwide, with the UN estimating about 31% of human insect consumption to be geared toward beetles - the honey beetle in particular. However, the cochineal beetle meets a rather different fate. Their reddish shells are ground up and turned into a vibrant red dye, which is used in a variety of products such as paint, cosmetics, and even food. It takes 1000,000 beetles to make 1kg of dye.

Cockroaches are very popular in China, where they are farmed for human consumption. They reportedly taste like and have the texture of greasy chicken. Despite their reputation and associations with dirty and unhygienic places, they are apparently much cleaner than one might imagine. Being prolific breeders and almost indestructible makes them the perfect foolproof farm venture for the aspiring insect farmer.

Out of all the insects being bred for human consumption, crickets seem to be the most "normalised" in the West. Already a few startups and businesses have taken off selling cricket products, such as Exo in the US, or The Cricket Bakery based in Australia. Crickets contain one of the best nutritional profiles of any insect farmed today.

High in essential proteins, iron, magnesium, and low in calories and fat, this versatile insect can be roasted, dried, frozen, or fried for a snack, or ground into a flour to be used in baked goods.

Despite their name, silkworms aren't actually worms - they are a type of domesticated caterpillar. Silkworms are farmed for the very profitable "crop" they produce - silk. Silk comes from the cocoon of silkworms, and is an industry worth approximately $19.7 billion as of the end of 2020.

All of these are farmed individually, but all three cover such a wide range of applications in society. These worms can be used as human food, pet food, fish bait, and even to break down plastic products. They are high in fat but low in protein, making them an ideal food source for reptilian pets like snakes or lizards.

Black soldier flies are farmed for the role they play in the degradation of organic waste. They have become very popular among those in sustainability circles, as they quite literally take the output of one system and use it as their input. They themselves then become the input into another system, meaning the entire process of farming them is inherently zero waste. They are predominantly used as livestock feed, exemplified by companies such as Entocycle.

Other popular insects that are farmed for consumption include grasshoppers, termites, and a range of larval critters.

The Benefits of Insect Farming

This means that for every calorie of energy in a piece of pork, that pig had to consume between 4 and 9 calories of feed. Similarly, for every calorie of beef, the cow from which it came had to have consumed anywhere from 6 to 25 calories. That's a conversion rate range of 4% - 16.67%.

In contrast, insect farming provides a much more efficient energy conversion ratio. According to the UN, "crickets need six times less feed than cattle, four times less than sheep, and twice less than pigs and chickens to produce the same amount of protein."

Raising insects takes up a lot less space than cows or pigs, which in addition to enormous reductions in emissions, has the added benefit of allowing protein production to become hyper-localized. This reduces the need for long supply chains, and reduces the associated transportation emissions.

Livestock requires a lot of energy input to keep them warm. Insects, however, are cold-blooded, and thus do not require such energy to keep warm. As previously mentioned, insects also require less land, water, and feed than traditional livestock. All this taken together means the cost to set up and run an insect farming operation is much lower than setting up traditional animal agriculture operations.

This is excellent news for rural populations in developing countries where lack of capital poses a significant barrier to entry into ventures that might otherwise provide a household with a stable income.

Black soldier flies can lay 500 eggs at a time. Compare that to a cow that can only produce a single calf every 400 days. The high reproduction rate and short life cycle of insects means insect farms can rapidly scale production as needed to meet demand in a way that traditional animal agriculture simply cannot.

Insect farming could be "cleaning up" the planet

As mentioned previously, black soldier flies are known for their abilities to turn waste into valuable inputs. They consume the decomposing organic matter from compost heaps and use the energy to grow in size. Black soldier fly larvae can eat their entire body weight in a single day! Only 1.5kg of feed is needed to produce 1kg of black soldier fly larvae feed for livestock, and there are no waste products at the end of the process.

The Drawbacks of Farming Insects

Insects can eat plants that are toxic or poisonous to humans. This obviously poses a huge risk to our health and safety if that insect were then to be unwittingly consumed by someone. This is certainly less of a risk for farmed insects, since they are being raised under controlled conditions, but is something to be wary of with wild insects. There have been documented cases of lead poisoning as a result of eating contaminated grasshoppers, for example.

Insects, like most other forms of food, are susceptible to spoilage by fungi and spore-forming bacteria. These can affect insects which are raw and cooked alike, if they aren't handled with care. For example, insects should always be boiled prior to refrigeration, and dried as much as possible prior to storing in a cupboard.

Insect farming, or insect based farming as discussed, is an incredible sustainable food source and a method of protein production. Insect farming has a low carbon footprint, requires a small fraction of the land, water, and feed inputs that traditional animal agriculture demands, and is capable of transforming organic waste materials into useful inputs.

Insect farming's eco-friendly profile, combined with the high nutritional value of insects - they are bursting with high-quality protein and many essential vitamins and minerals such as iron, magnesium, and zinc - make it a very promising food source  for the future. In fact, the UN has even promoted it as such, officially putting insects on the map as a significant player in global food security.

Insect farming has been a human practice for thousands of years. It has transcended civilisations, and persists today among 80% of the world's population. Insects are raised for a range of commercial applications, including human consumption and animal feed, use in pharmaceutical and cosmetic industries, or as additives.

The UN has signalled insect farming to be a key source of food for the human population in the coming decades. The global insect protein industry was valued at $406 million in 2018, and is predicted to rise to $1.18 billion by 2023. As a result, there has been a buzz of excitement and investment into insect farming ventures, with startups raising early funding rounds over $10 million to drive forward their innovation.

Despite the many undeniable sustainability benefits of insect farming, public opinion in the developed world remains rather averse to the concept of consuming critters. It will take a bit of a paradigm shift for that mentality to change. As with any innovative breakthrough, that barrier must be met with a quiet patience and determined resilience. Only time will tell if insect farming reaches the potential it undoubtedly has to change the way we think about food forever.