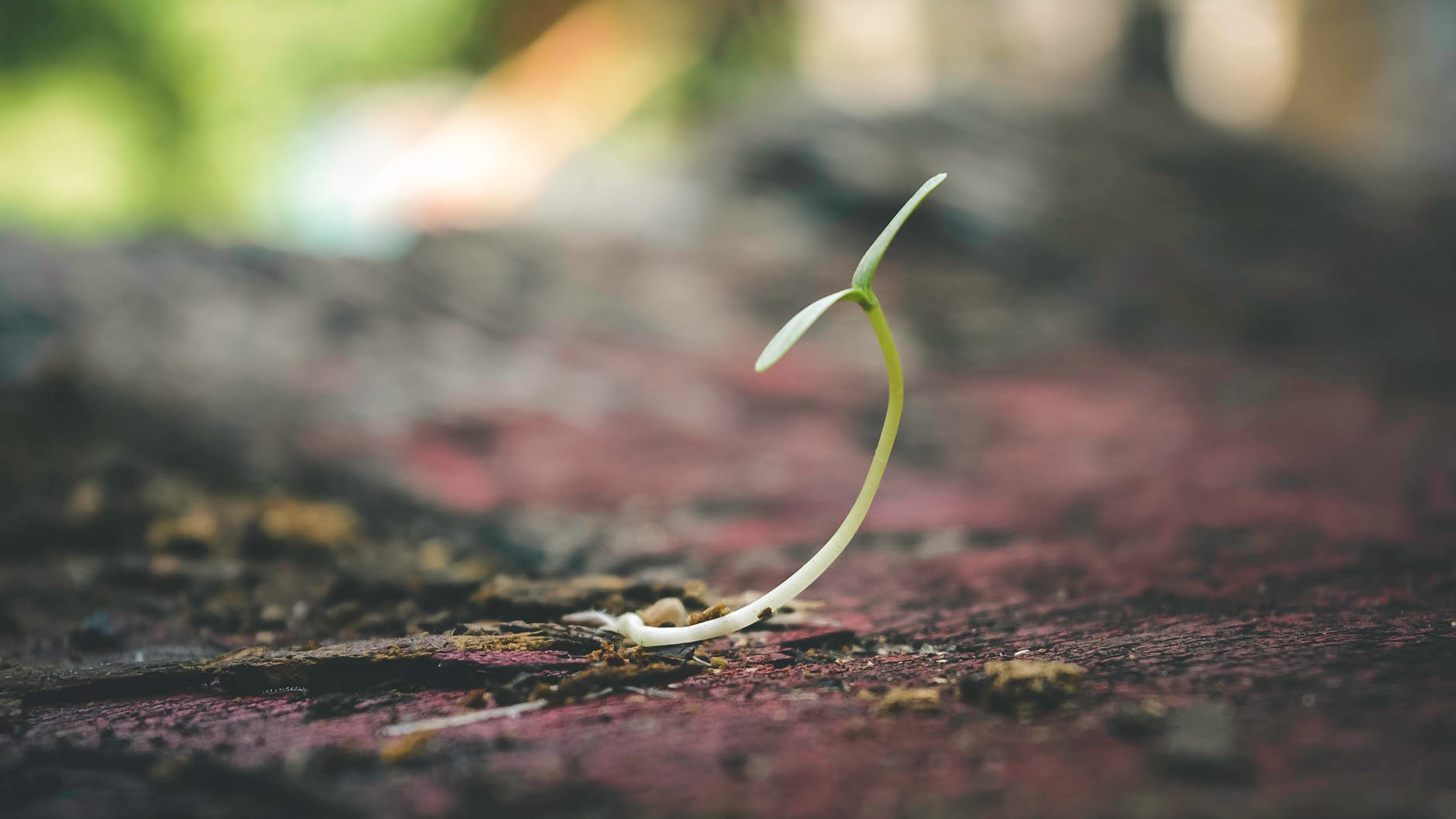 According to the UN FAO, 66% of the entire global crop production leans on just 9 crops, out of the 6,000 plant species that are now being cultivated around the world.

It could be argued this makes economic sense for the farmers, but this lack of diversity also makes our food system vulnerable to climate change and extreme events.

Heirloom crops provide a potential solution to this problem by introducing biodiversity and introducing resilience into the food system, which benefits overall global food security and sustainability.

What are Heirloom Crops

Simply put, the term "heirloom" refers to an old variety of a certain crop that predates modern agriculture. Typically, these seeds have been passed down through generations and remain as they were in ancient times.

By contrast, most modern crops we farm and eat have been genetically modified or artificially selected for certain characteristics. They have been "domesticated" for easier growing, higher yields, or increased resilience against common pests and pathogens.

One common trait of heirloom crops is that they tend to be extremely flavorful. This is because flavor has been unintentionally bred out of most modern genetic hybrid seeds we grow and harvest in modern agriculture. By selecting for other traits instead, flavor fell to the background and slowly faded across generations of crop.

On the flip side, heirloom crops are typically expressly selected for flavor and little else. For example, a farmer who has just harvested the season's tomatoes will only keep the seeds of the most flavorful tomatoes, meaning the next season's crop will be even tastier.

However, planting and cultivating heirloom crops carries more advantages than just improved flavor. Heirloom seeds are a very important part of preserving biodiversity and bolstering food security for populations around the world.

Ancient Romans were known for their genius in cross breeding crops to create new variants. Farmers had successes in harvesting white and purple carrots - which were most likely taken from conquered tribes who originally were growing the crops. Those tribes held on to their seeds, which provided them with a constant food supply, as having a range of different types of crops afforded them resilience to adverse weather conditions or pest infestations.

The Importance of Saving Seeds

Traditional seed saving allows the crop to improve over generations, as previously discussed. This is because the seeds of every generation are able to attune to the different environmental factors present in the farming system, and become increasingly optimized for growing in that given environment. It is a naturally occurring symbiosis that is refined over generations.

The result? Seeds that are equipped with a range of genetic traits to thrive in various situations. There are several advantages that arise from this kind of farmer-led selection, leading to a robust food system:

By maintaining seed diversity, instead of creating homogenous genetic hybrids, we are able to better maintain regionally adapted seeds. These give us a more diverse set of tools in our arsenal to use not only for food production, but for food security as well.

The more diverse the pool of seeds we use to grow crops, the wider array of crops we can cultivate on similar soil. This builds resilience and food security for local communities as if there is a pest that spreads through one crop, the consequences won't be so dire - there are still a range of other harvests to fall back on.

In fact, there have already been some examples showcasing agroecological approaches which have helped maintain and rebuild food systems from the ground up in places adversely impacted by climate change such as Puerto Rico and India.

The Challenge with Diversified Farming

Maize, wheat, and rice are responsible for about 60% of all protein and calories produced and consumed worldwide. Such heavy global reliance on only three crops has raised questions and concerns over the sustainability of such a food system, especially in the face of increasingly unpredictable weather events in the face of climate change.

The reason for such an over-reliance on these three commodity crops arose from the need to feed a lot of people fast - since 1960, the global population has been growing at the rate of 1 billion people every 13 years.

Additionally, diversified farmers have a more difficult time managing pests and pathogens that could affect their fields. A wider range of crops means a wider range of knowledge is needed to tend to them appropriately.

Consider as well the fact that people are used to cheap food and are generally hesitant to pay premiums on diversified or heirloom crops, and you start understanding why rice, maize, and wheat carry the brunt of feeding the world more than other crops.

As a result, diversified farming has dwindled to a fraction of what it used to be. The downside of this is that our global food supply is more vulnerable to harsh weather conditions and events, as well as potential threats from pests due to a lack of diversification. There is always a trade-off.

The Downside of Undiversified Farming

It is undisputedly dangerous for farmers to rely on a few varieties of food to sustain a rapidly growing world population. Therefore, the need to hone in on a range of crops that can provide a sustainable and abundant bounty of crops while remaining environmentally resilient and economically viable has become a top priority for farmers and global food organizations in recent years.

Developing this plant diversity in our global diet lends itself very naturally to expanding our environments and planting more species which are well-adapted to harsher climates like extreme heat, drought, cold, and precipitation.

The easiest way to introduce such species in the appropriate regions where they offer the greatest benefit in terms of environmental resilience is by getting them from a seed bank.

Therefore, it becomes immediately obvious that saving and cataloguing seeds is perhaps one of the most crucial acts in ensuring our food security for the long-term. Not only would this make heirloom seeds readily available and accessible, but it would also mean anyone could access any seed they desired or required and grow crops that will thrive in their own regional soils and climates.

The topic of ensuring long-term food security with seed banks might sound a little post-apocalyptic, but there is a silver lining to be found in this story.

The adverse weather conditions we have experienced over the last two decades and the shifts in climate patterns the world over have shed light on the importance of maintaining plant diversity - something that has a good impact on our individual health, food security, and biodiversity. Having genetic diversity in our food system could be the solution to our woes and reduce our risky over-reliance on a few commodity crops.

So how does saving heirloom variety crops and seeds feed into improving biodiversity?

Saving seeds refers to the harvesting and storing of seeds from grains, herbs, flowers, vegetables, and fruit. These seeds are typically used in cross-breeding with other seeds, in order to produce more resilient variants of the same crop.

Thought about it that way, this is literally biodiversity in the making, with attention focused solely on cross-breeding for specific characteristics. This leads to gigantic results in genetic variation and resilience, making these new seed variants increasingly resilient to adverse conditions, pests, and disease, depending on the selection.

Biodiversity is a marker of a healthy and thriving ecosystem and biome, and always features prominently in any discussion relating to sustainability. Biodiversity allows the complex interplay between the smallest and the largest plants with the soil, each other, insects, prey, predators, and more.

In the context of plants specifically, biodiversity allows for symbiotic relationships to flourish naturally between different species, a classic example being the interplay between beans, pumpkin, and corn, also known as the Three Sisters:

The result is that all three crops flourish to a greater degree than they would have in isolation or in a monocrop field.

By saving seeds of heirloom variants, we insure ourselves against future climate disasters by keeping this backup repository of food sources, and allowing beautiful symbioses to emerge where they wouldn't otherwise in single-crop fields.

It is one thing to store the seeds, and another to have them be easily accessible and available to farmers, growers, and researchers. There is no point having a seed bank that remains out of reach for those who need them most, or those who have the ability to turn them into bountiful harvests to feed the population.

Increasingly, communities are coming together to ensure that their regional heirlooms are being documented, stored, catalogued, used, and protected. One example of this is the Ark of Taste initiative led by the Slow Food Foundation for Biodiversity.

The Ark of Taste "travels the world collecting small-scale quality productions that belong to the cultures, history and traditions of the entire planet: an extraordinary heritage of fruits, vegetables, animal breeds, cheeses, breads, sweets and cured meats."

One reason for the uptick in interest in heirloom crops and seeds is the growing awareness of the heightened resilience heirloom seeds have when compared to generic seeds.

If you consider what heirloom seeds have been through, their resilience shouldn't surprise you. Having been around since the dawn of modern agriculture around 12,000 years ago, they have withstood both natural and man-made extreme events - such as erosion, famine, heatwaves, intense cold, or other extreme climate events. On the man-made side, these seeds have survived deadly wars, explosions, gases, fire and even nuclear tests, like the coconuts in the South Pacific.

Having such a long "lifetime" means heirloom seeds have been refined and optimized over millennia to be able to sprout and grow in almost any imaginable circumstance, providing the world population a robust and reliable source of food for millennia to come.

Why Are Heirlooms Important to Food Security?

In summary, heirloom crops are resilient, flavorful variants of common fruits and vegetables which are a critical part of ensuring robust food security for the global population. Saving heirloom seeds is the best way to ensure resilience of the food system against future natural or man-made disasters, as well as being a core part of re-introducing biodiversity into farming.