Hydroponics vs. Soil: Which Will Grow Plants Faster?

Hydroponics vs. Soil: Which Will Grow Plants Faster? 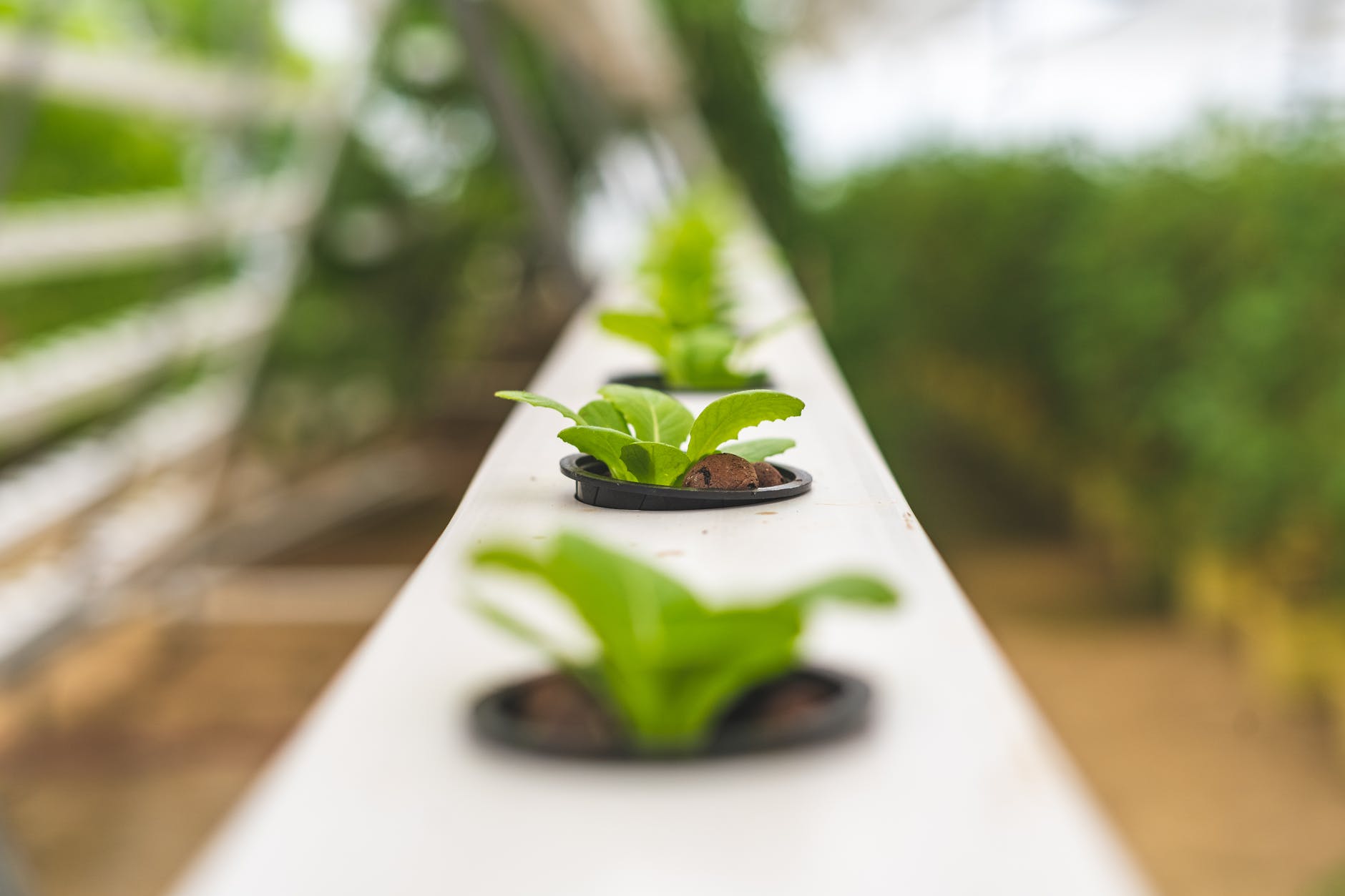 Hydroponic farming has been on a meteoric rise in the last 5-10 years. But are hydroponics really a silver bullet for sustainable agriculture and food security? Debating soil vs hydroponics can be a pretty contentious issue. Like any good question, it divides opinion, with die-hards on both sides of the fence.

There is no right or wrong answer, and ultimately whether soil or hydroponic farming is right for you will be down to your goals, location, budget, preference, and more. Here we explore the difference between hydroponics vs soil and compare how they stack up across a variety of factors such as inputs, time & money needed, yields, and more.

Hydroponic farming is the process of growing crops in water instead of growing in soil. The basic principle is that the important thing for healthy, strong, fast-growing plants is not whether or not they are in soil, but whether they have easy access to enough of the nutrients in the optimal mix.

Roots are usually exposed when the plant grows. The roots are either fully or partially immersed directly into the water and nutrient mixture, or are sprayed regularly in some niche cases. These nutrient mixtures are becoming increasingly available to purchase. Companies such as The Hydro Bros have started producing formulas in different proportions. Alternatively, you can always try mixing your own.

Plants in hydroponic systems are typically grown indoors, sometimes in vertical farms. In this kind of environment, most external factors like lighting, temperature, and humidity can be controlled with laser-precision.

What is Soil Farming?

Soil farming is what we think of when we imagine a traditional crop field. It describes any plants that are grown for human consumption in soil. The underlying principles and requirements of soil farming are pretty much the same as in hydroponics. Soil farmed crops still need adequate nutrients, water, light, and oxygen to grow and thrive.

In soil farming, crops are planted in the ground, usually in regular, spaced-out intervals. The primary method of delivering nutrients to the roots is via mineral fertilizers in conventional farming, or compost and mulch in organic systems.

Soil farms are planted outdoors, and so yields can be more highly variable as a result of uncontrollable factors. Weather events, pests, disease, weeds, and more can have adverse impacts on soil farm yields, and while there are techniques to mitigate each of these, there are no guarantees.

Reasons to Choose Hydroponics Over Soil

As mentioned earlier, hydroponics lend themselves naturally to vertical farming. Growing vertically is the easiest way to increase your "acreage" 3x, 5x, or even 10x depending on how many levels you build into your vertical farm. Even keeping the operation horizontal, hydroponics still come out on top for space efficiency. Roots don't need to spread out in search of nutrients the way they do in soil farmed systems, so plants can be planted much closer together.

There is a double benefit when it comes to time saving with hydroponics. Firstly, hydroponic farmers do not have to contend with weeding, watering, and pest control the way that soil farmers do - something we will touch on later. Secondly, plants actually have been shown to grow 30 - 50% faster in water than in soil! This means you can fit in more harvest cycles every year, so not only will your profits increase, but you will learn faster as a farmer too, since you gain more experience in a shorter time frame.

Not only do hydroponic farming systems require fewer inputs (which we will come on to), allow your crops to grow fast and better, but they also allow you to grow crops all year round. This translates into both lower cost of production but also higher profitability. Remember that farming vertically in addition to hydroponically also allows you to produce a significantly larger yield per square foot, and it immediately becomes evident that soil farming cannot compete with hydroponics on this front.

Soil farming happens out in the open, exposed to all kinds of pests, weeds, and diseases beyond your control. Sure, they can be managed, but wouldn't it be significantly easier to just pour some perlite into a container and call it a day? If your hydroponic farming system is running indoors, the environment is totally controlled, so pests and disease are a negligible issue.

Hydroponic farming consumes significantly less water than its soil farming counterpart, despite water playing such a key role in sustaining the entire plant population of your system. This makes hydroponics the more viable solution for farming in arid environments, or in areas where excessive salinity in the soil has made the ground infertile for planting.

As mentioned previously, plants grown hydroponically grow significantly faster than soil-grown plants. This is because the plant's roots are literally bathing in nutrients, so they can easily and directly absorb them with minimal effort. By contrast, in a soil-based environment, plant's roots have to expend energy scavenging far and wide for the necessary nutrients, meaning less energy is left over to invest in growth.

Because of the possibility of farming vertically as well as planting crops more closely together in a hydroponic system, the yields per square foot end up being immensely higher in a well-managed hydroponic system than in a soil-based farming system. Consider as well that more harvest cycles can be run per year, and they can be run year-round due to climate-controlled environments, and there is no chance traditional soil farming can keep up with the yields seen in hydroponic systems.

Because hydroponics are so highly productive and don't require a lot of space, it makes them the ideal contender to be the centerpiece for a hyper-local food movement. In highly populated urban areas, food deserts, or any other areas where people don't have easy access to healthy food, hydroponic, indoor vertical farms could build community, resilience against food insecurity, and economic prosperity into a locality.

Soil vs Hydroponics: Choosing the Best Option for Growing Crops and Plants

Though there are many praises of hydroponics to be sung, they are not always the right solution for a farmer, community, or business. It is worth exploring the shortcomings of this farming model and consider the scenarios in which soil farming might actually be the best option.

If you're a novice gardener

Plants grown in hydroponic conditions tend to be more fragile and delicate than their resilient soil-grown opposites. As a result, slight disturbances in the conditions of your hydroponic farm could have frustrating consequences for a novice gardener who isn't yet as in tune with the needs of the plants as a more seasoned veteran.

If you're a hobbyist

The startup costs associated with launching a hydroponic farm can be substantial, making them only really viable as commercial endeavors. If you're a hobby gardener, nothing beats the low-cost equipment of seeds, soil, and egg cartons on a balcony!

Unfortunately, hydroponics do still rely on mineral fertilizers, whose components have likely been extracted by drilling or mining in a developing country. By contrast, soil lends itself nicely to compost, meaning an organic, closed-loop system is easier to maintain.