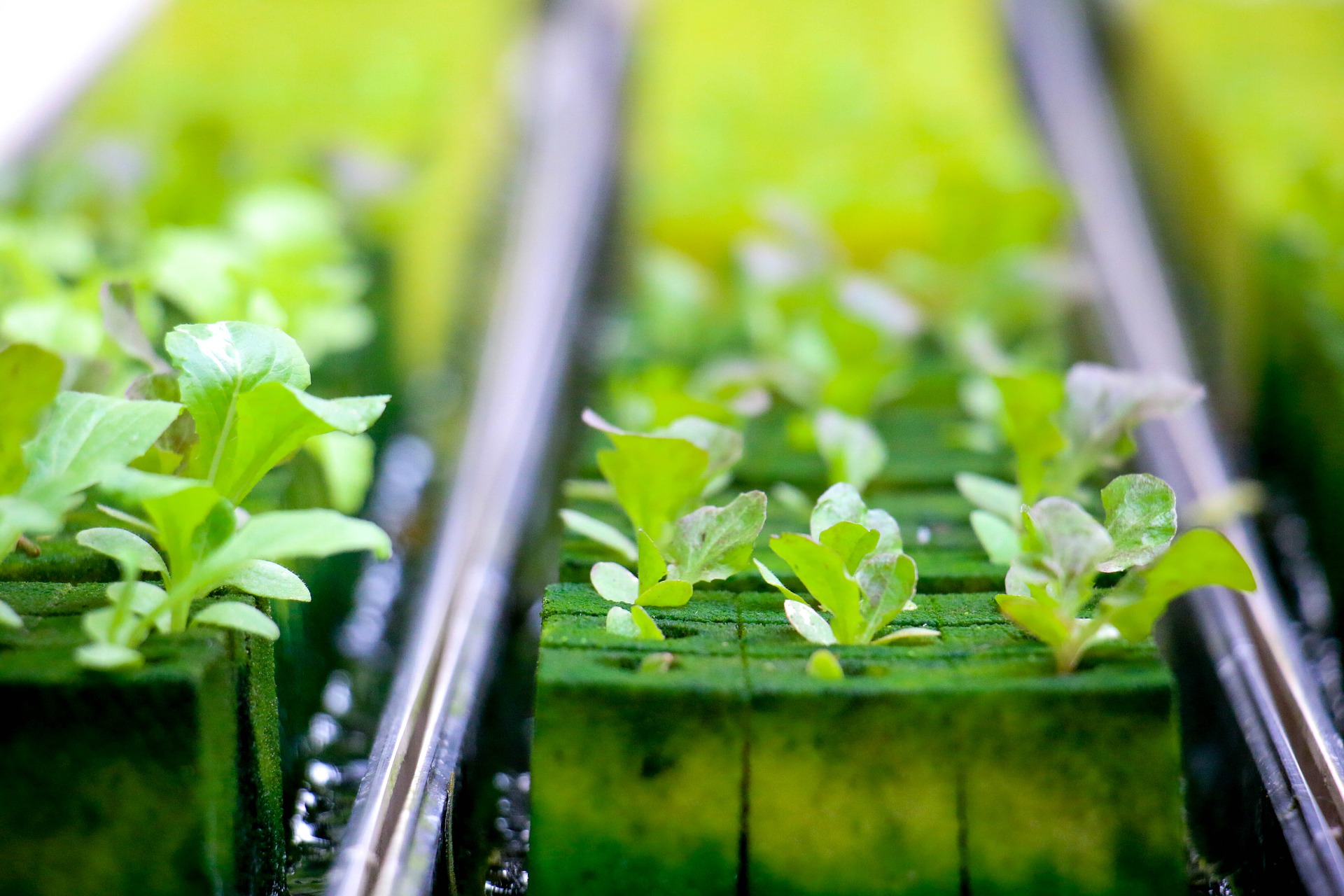 The rapid changes in our environment, coupled with the rise in global population, has placed the traditional agriculture industry under the scanner. The inability of this industry to sustain our current demands has given rise to alternative techniques such as hydroponic farming.

Hydroponic farming has already established a considerable market share with an estimated value of USD 9.5 billion in 2020. This number is expected to rise to USD 17.9 billion by 2026. In this article, we look at some of the top companies responsible for the rise of hydroponics currently.

What is Hydroponics Farming?

Hydroponics is a unique method of farming that eliminates the use of soil entirely as a growing environment. Instead of the use of soil, hydroponics relies on supplying nutrition directly to the plants by using nutrient-rich water.

Under the hydroponic technique, the fresh water, oxygen supply, root support, light, and nutritional levels are all closely monitored so as to ably support the growth of various fruits and vegetables.

The 10 Hydroponics Companies to Watch Out For

Mirai is a Japanese hydroponic brand that was established in 2014 by Shigeharu Shimamura. They were responsible for building one of the largest indoor hydroponic farms at the time. This behemoth was completely illuminated by 17,500 LED lights and was set up in a bacteria-free, pesticide-free facility.

In a matter of just 12 months, the farm managed to hit a productivity pace of 10,000 heads of lettuce on a daily basis. The statistics offered by Mirai is truly astonishing as well. Their plant is known to be 100 times more productive per square foot than traditional farms, all the while utilizing less than 99% of the water in comparison as well.

Their most popular product is known as the Bubble brother and this is a hydroponic system that includes six buckets and is devised according to the DWC hydroponic system. It helps upgrade existing farms and allows for farmers to see quick results in a short span of time.

HTG markets their systems based on their unique features and superior quality. Their indoor farming aeration system, for example, is known to be incredibly effective. Even their unique RhhizoCore bucket lids allow plants to absorb all the necessary nutrition with greater ease.

Spread is another hydroponic giant that was established in Kyoto, Japan. They are the minds responsible for setting up the first indoor farming system in the world that’s fully automated. This farm has been called the “Vegetable Factory”.

Launched in 2017, this factory is entirely soilless and opiates independently of the sun. This means that the entire farm is powered by LED lights. Coupled with the latest in robotics and hydroponic technology, it is able to produce a staggering 30,000 lettuce heads each day.

Back to the Roots Water Garden

Back to the Roots Water Garden is a niche hydroponic brand that has become famous for creating mini aquaponic systems. These are closed-loop operations that allow farmers to set up an aquaponic farm in a small space, thereby growing large quantities of produce and fish simultaneously.

Their USP comes from the cleanliness of their setup, allowing farmers to create a healthy and clean environment for both plants and fishes.

A famous hydroponic brand to make its name in the United Kingdom region is Zero Carbon Food. This brand was established in London, and it relies on the use of the abundant underground space in the region to set up farms.

As the location of the farm is underground, ZCF relies on the use of LED lights and latest hydroponic technology to nourish the plants.

Thanks to this operation, several employment opportunities have been created in the inner city region, not to mention the creation of healthy produce for the locals.

AeroGarden harvest has become a famous brand around the world thanks to their novel range of hydroponic farms. These specialized setups allow individuals and small-scale farmers to grow produce in their own homes around the year.

This brand specializes in creating unique setups with immense frequency. Their Harvest 2015 setup, for example, allowed users to grow green salads, vegetables, herbs, and flowers from the comforts of their own homes. The AeroGarden system is also capable of letting your plants grow five times faster than normal.

This is a brand that hails from Surrey, Canada, and they specialize in indoor gardening appliances for hydroponic farms. These can be used to grow herbs, vegetables, microgreens, and even flowers.

Their equipment line includes integrated computer controls that can monitor the light and water cycles of the plants in your farms.

Powergrow Hydroponics offers users with four powerful kits that allow you to harvest numerous types of plants simultaneously. This brand has made a mark thanks to their impressive list of features and high-quality standards.

Brightfarms was established in New York, and is responsible for designing, financing, building, and operating numerous hydroponic system farms. They bring down costs by establishing greenhouses near supermarkets, and this has a profound result on the buying experience of customers.

This is a 30,000 square foot farm that’s built in a warehouse and now serves the midwestern region of America across five states. It includes two massive 12-meter grow towers and a set of climate controlled rooms to produce incredible quality of fruits and vegetables.

Thanks to the brilliance of the 10 brands featured on this list, hydroponics is finally on the move around the world. The continual investment in this technology will allow us to revolutionize the conventional farming industry and ensure that the global food shortage is dealt with easily.